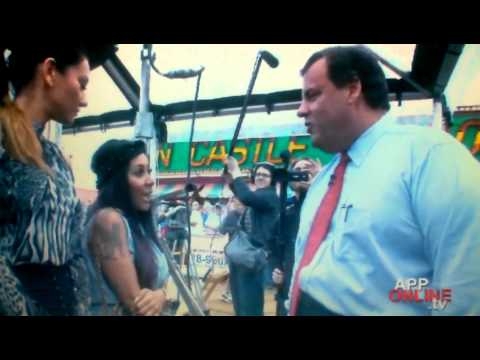 New Jersey Governor Chris Christie recently blocked a $420,000 tax credit that was supposed to go to the production company behind the MTV hit show 'Jersey Shore'. Snooki and the governor exchanged an awkward moment when they met at the Shore town of Seaside Heights where the coverage of the Hurricane Sandy was taking place, as well as where the show was filmed. Check it out. 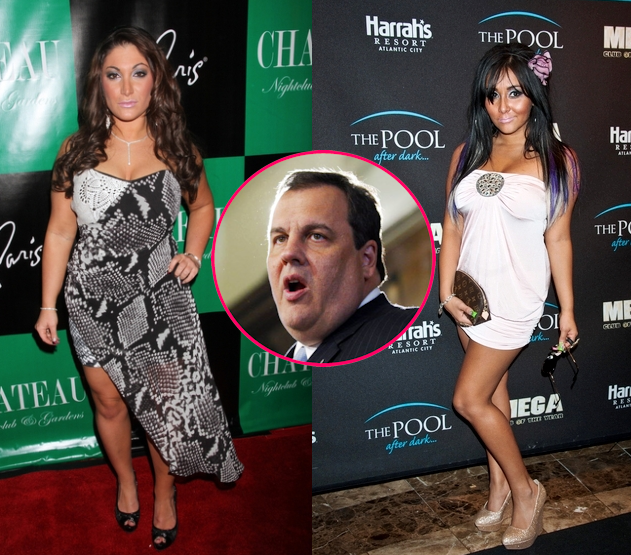 0
Here was his statement to why he blocked the money. He said that he was " 'duty-bound' to stop taxpayer money from going to "a project which does nothing more than perpetuate misconceptions about the state and its citizens."" I'd have to agree with him. 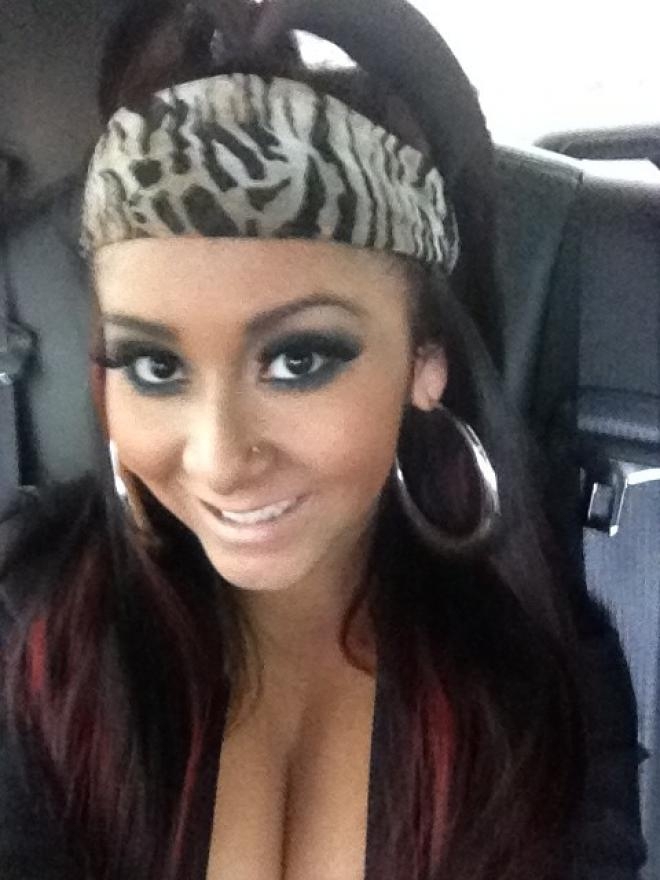 0
Snooki was obviously not pleased with the governors decision. "Getting told why we are bad for jersey. Amazing. ✋ " NiC0LE P0LiZZi @snooki 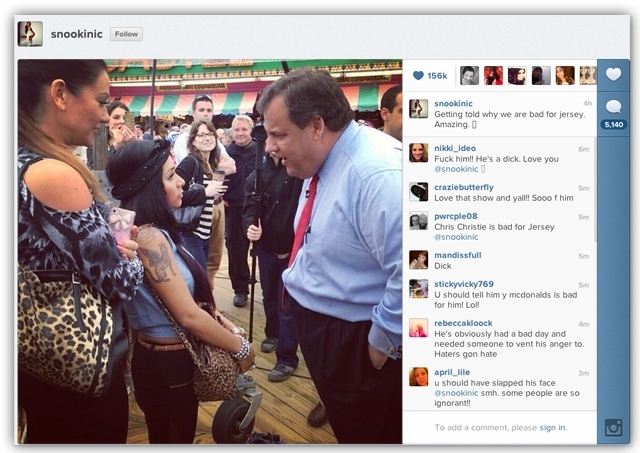