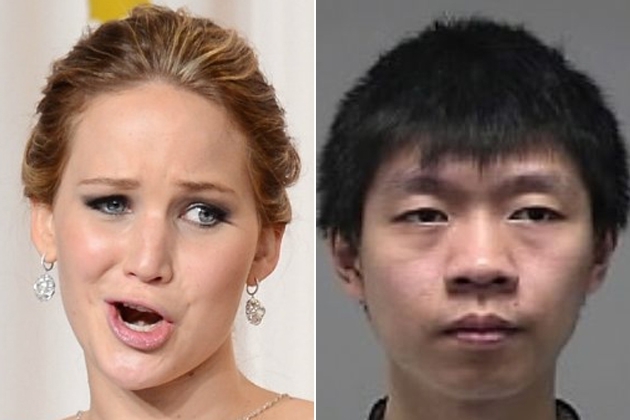 28 may 2013 12:13
4094
2
A 23-year-old Canadian man (and complete creeper) has been apprehended in Jennifer Lawrence‘s hometown of Louisville, Ky. after harassing her family in an attempt to meet her.

Zhao Han Cong of Vancouver, British Columbia, was cited for interstate stalking and repeated harassing phone communications after continuously calling and texting Blaine Lawrence, the ‘Hunger Games’ star’s brother, according to an affidavit written by FBI agent Richard Boswell III.
Using the pseudonym “Ted,” Cong began sending Blaine texts asking to be put in contact with his famous sister so he might “protect” her. He also referenced the Boston bombing, blaming Blaine for allowing Jen to film her latest project in Boston in the weeks before the attack.
After commenting on the “bad things” he thought would befall the Lawrence family, Cong eventually relinquished his real name and address in Canada — totally reasonable.
But then he continued to email Blaine, telling his life story, relating bible passages to Jennifer and saying he was her “husband for life.” (We understand that Jen’s hotness can bring about something similar to a religious experience, but not cool, dude.)
On April 18, after more messages, Cong actually flew to Louisville and set out to meet the actress, sending Blaine the message, “You got me really upset. When I’m, when I’m upset, let’s see what happens, alright?”
Cong then took a cab to the Indian Hills Police Department and played it real cool by asking for the address of Lawrence’s mom, whereupon he was immediately taken into custody and interviewed for three hours — during which he confessed to being the second coming of Jesus, saying Jen’s mom held the key to his mission.
In summary, Jesus came back as an Asian-Canadian to chat with Jennifer Lawrence’s mom, just like the bible said he would.
As you might imagine, Cong underwent a psych evaluation and was hospitalized in the Central State Hospital where he used his one phone call to dial — guess who — Blaine Lawrence.
After his release he was re-arrested and federal complaints were filed, and the nightmare is hopefully over for Jen and her family.