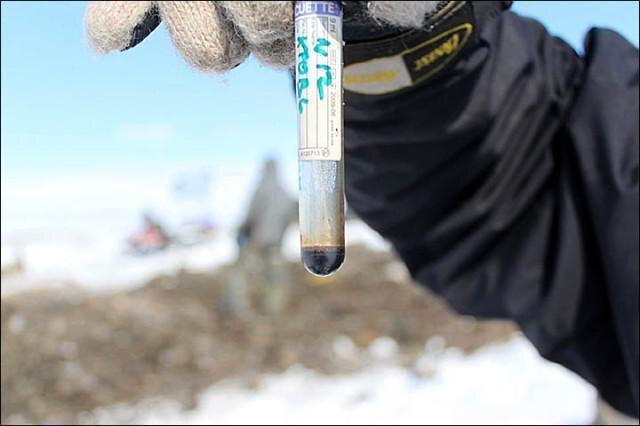 Russian scientists have announced the recovery of well-preserved woolly mammoth blood and tissue from a 10,000-year-old female carcass found on the New Siberian Islands off the coast of Siberia. The Russian scientists and their partners from the South Korean Sooam Biotech Research Foundation hope to use the blood and tissue to clone a woolly mammoth. The Russian team was astonished to find the blood in a liquid state, despite that fact that the carcass was surrounded by ice. They theorize that the blood may contain a kind of natural antifreeze. 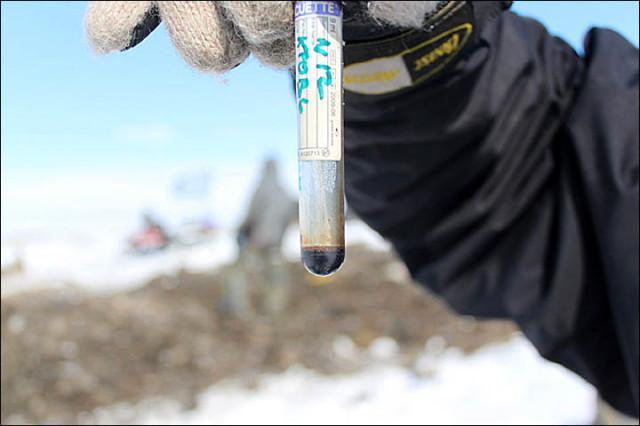 0
Смотреть все фото в галерее
http://io9.com Reports: "About 15,000 years ago, an old female wooly mammoth plunged through the ice as she was being chased by predators. Her remains have now been uncovered by scientists working in Siberia. And remarkably, as they were digging it out, blood began to stream out. Which is weird given that it was 10° below freezing." 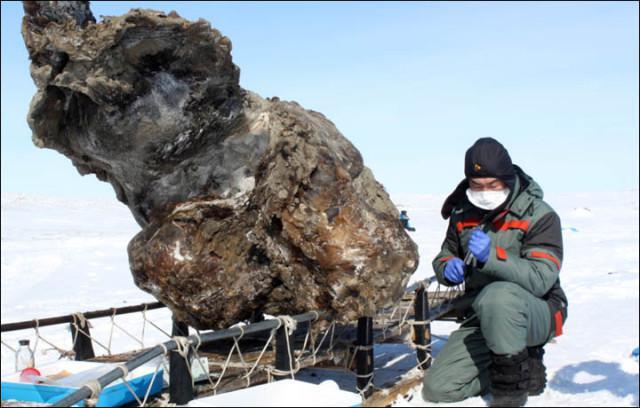 0
"It's not known if the blood or tissue samples contain living cells required for cloning. And even if such cells are recovered, the DNA repair would require a very complex process that could take years. A report is expected later this July." 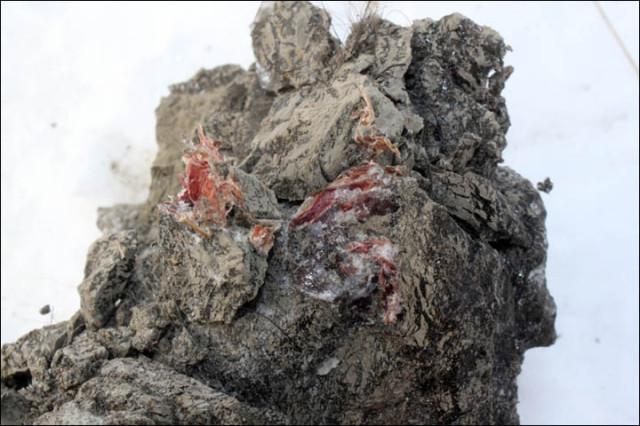 0
"The beautifully preserved specimen was discovered partially embedded in a chunk of ice at an excavation on the Lyakhovsky Island, the southernmost group of the New Siberian Islands in the Arctic seas of northeastern Russia." 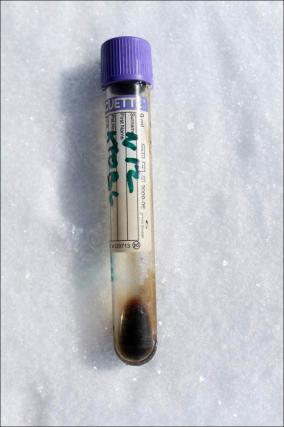 0
"Semyon Grigoriev, head of the Museum of Mammoths of the Institute of Applied Ecology of the North at the North Eastern Federal University, is calling it "the best preserved mammoth in the history of paleontology."" 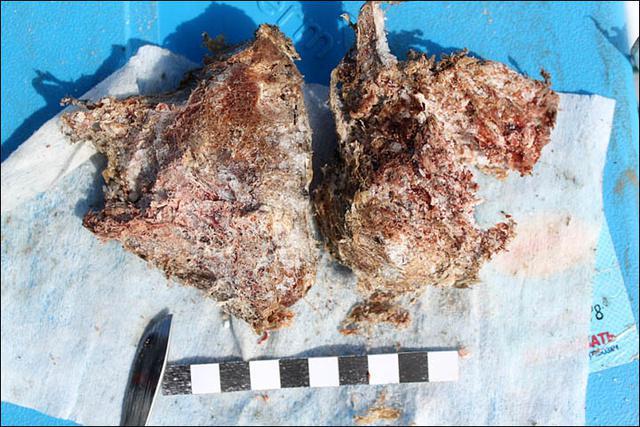 0
"The mammoth's lower portions, including the stomach, were locked in the ice for the past 10,000 to 15,000 years. Its lower jaw and tongue were also recovered; the trunk was found separately from the carcass. The upper torso and two legs were preserved in soil and show signs of being gnawed upon by both prehistoric and modern predators."