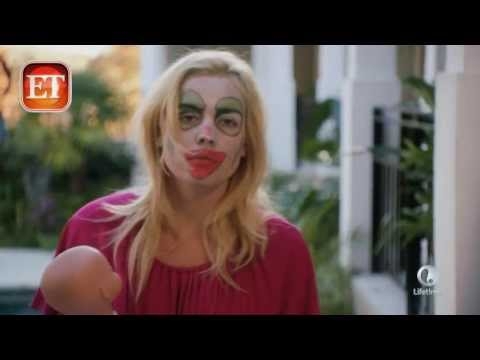 Lifetime Is Making an Anna Nicole Smith Biopic Because Someone Has To!

04 jun 2013 13:40
1638
1
Even though the Liz Taylor biopic ‘Liz & Dick’ was a colossal flop, television network Lifetime is sticking with the celebrity true-stories game, this time with a made-for-TV movie about the late Anna Nicole Smith.

The trailer (above) features Agnus Brucker embodying Smith as she pops pills, drinks, gets naked, parties, wears clown makeup and fails as a mother to her young son Daniel. Which just might make this film about the former Playboy Playmate’s life way more accurate than 2007′s straight-to-DVD ‘The Anna Nicole Smith Story.’
The film also stars Martin Landau as Smith’s millionaire husband J. Howard Marshall, Cary Elwes as Marshall’s son, and Adam Goldberg as Smith’s attorney and friend Howard K. Stern. (No, not that Howard Stern.)
Judging from the trailer alone, ‘American Psycho’ director Mary Harron is ready and willing to give us plenty of boobs, booze and bad decisions — but sadly, no songs from Huey Lewis.
‘Anna Nicole Smith’ airs June 29th on Lifetime. Get your drinking games ready.