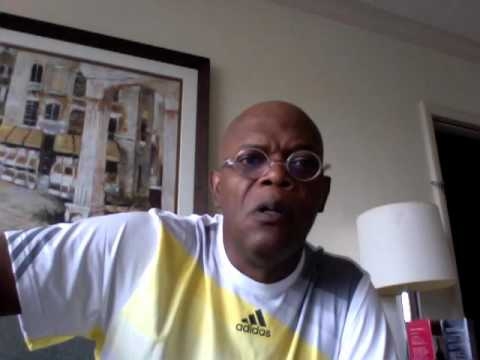 07 jun 2013 21:22
2657
2
Samuel L. Jackson has been raising money through the website Reddit for Alzheimer’s research by promising to read monologues each time a donation goal is reached. This time around, after raising $155,000, Jackson read the memorable “I am the one who knocks” monologue from ‘Breaking Bad’ protagonist Heisenberg/Walter White.

Since his idea to have his Marvel character Nick Fury on the show didn’t pan out, this should help fill some of that void.
When $150,000 was initially raised, Jackson read a monologue written by a Reddit user in which he announced he would be retiring from acting. (You can watch that hilarity below.)
The next donation goal is $175,000, and when that mark is reached, Jackson will choose three random donors for whom he’ll record what are likely to be the world’s most epic voicemail messages.
You can currently donate to the Alzheimer’s Association and simultaneously enter to win a weekend in England and lunch with Jackson, as well as two tickets to hang out with him and other celebrities at this year’s Shooting Stars Benefit. So get on that already.