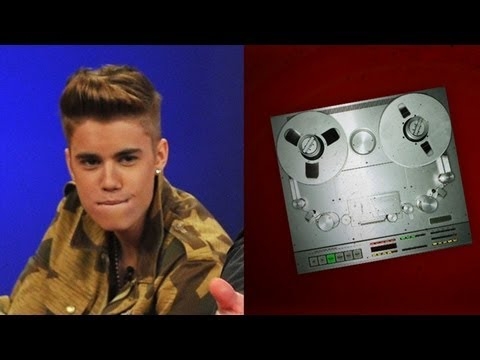 09 jun 2013 20:55
2064
1
Justin Bieber is back to his old tricks again, flipping out on a paparazzo for doing his job and ordering his goons to steal the man’s camera like a respectable artist would.

TMZ reports that the scuffle occurred outside The Hit music studio in Miami around 4 a.m. on Wednesday, when Justin spotted the pap and could be heard squeaking, “Grab that camera! Get that f—king camera out of here!” like the Wicked Witch commanding an army of winged monkeys.
After the pap pleaded for his camera back, Justin used his Solomonic wisdom to compromise, telling the man he’d return it … kinda.
“Alright, alright. I’m gonna give you your camera back. I’m gonna take your SIM card though,” he said. When the photog offered to delete the photos he’d (legally, it should be noted) taken, the Biebs refused to bend.
Setting aside the fact that this was a camera — not a phone — and therefore had no SIM card, let’s not forget that stealing someone’s memory card is theft, whether if you’re a faux-thug singer or not. (Even reality stars don’t get away with that.)
Police are investigating the incident, as well as another incident that allegedly went down a few hours later, in which a member of Justin’s security team choked out a different pap. Oh, and then there was that other incident with another photographer, which probably would’ve gotten ugly if arena security at a Miami Heat game hadn’t intervened.
So, Justin didn’t personally steal the memory card or assault anyone, and merely influenced others to do so. But doesn’t that just make him the Charles Manson of tiny little Canadian pop stars?