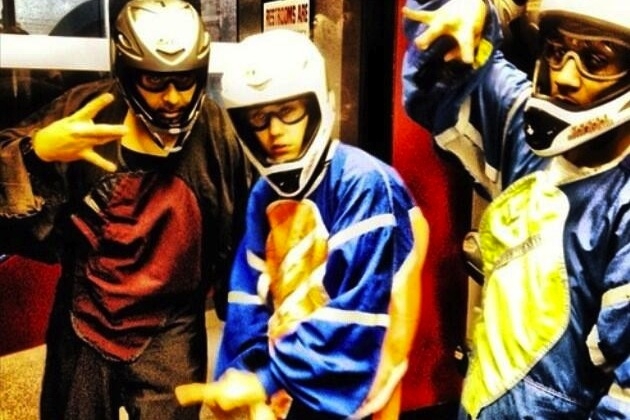 25 jun 2013 16:05
779
3
Earning his new royal title Sir Bratticus, Justin Bieber has now been banned for life from an indoor skydiving facility in Sin City for being ill-behaved and for not properly potty-training his security team (basically).

According to a source, the Biebs and six friends showed up at Las Vegas Indoor Skydiving shortly before closing on June 16 to get their fly on. Unfortunately for everyone there, they were “a disrespectful bunch” and left the bathroom in disarray — one security guard even threw a paper towel on the ground rather than putting it in the garbage where it belongs, all while “directly looking at an employee” in spite.
Bieber himself was reported to be “very standoff-ish toward mostly everyone outside of his crew” and “very disconnected from reality.”
Finally, when it came time to pay their $1600 tab, someone who worked for the facility told the tween sensation that in lieu of payment, he could post an Instagram photo of himself at the venue with some favorable commentary.
Definitely one to look a $1600 gift-horse in the mouth, an inside source claims Justin “actually faked like he was posting something, per the agreement, but never did.” (And a little sleuthing indeed shows no skydiving photo on Bieber’s Instagram account.)
After making a ruckus and generally being a poor excuse for a human being, Bieber and his crew left without tipping or paying and were thus banned for life.
As punishment, they will be banished to another dimension for all eternity. Assuming said technology exists.