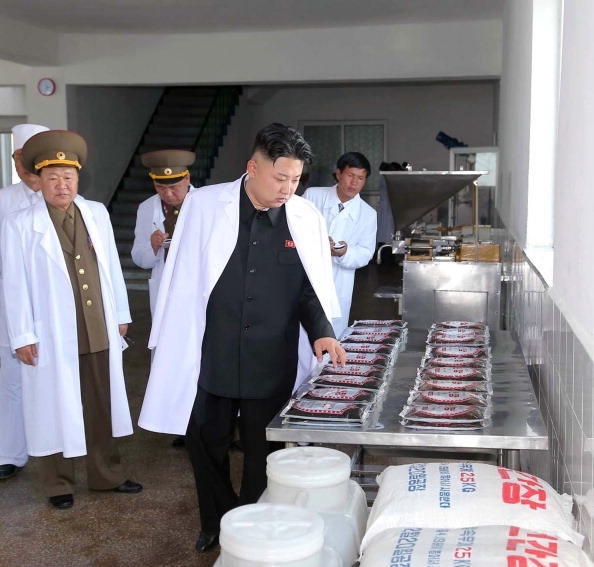 26 jun 2013 21:54
564
1
1
According to a recent interview, Seth Rogen and his This Is The End (our review) co-writer Evan Goldberg have finished writing, and plan to start shooting The Interview in October, with James Franco co-starring.
“It’s about two journalists that try to assassinate the president of North Korea while interviewing him,” Rogen told us at last night’s premiere of his new movie This Is the End.
“It’s Kim Jong-un,” Rogen dished. “Literally King Jong-un in the movie. We figured it’s North Korea, you might as well make it Kim Jong-un.”
“James and Seth play reporters who get an interview with the dictator of North Korea and the CIA asks them to kill him,” Rogen’s Interview producer pal Evan Goldberg added. “They’re going to play a–holes.” [E!]
The playing-themselves thing seems to have worked out pretty well in This is the End, which has almost doubled its profit already thus far, so why not apply it to the dictator of North Korea? His dad loved movies, maybe Jong-Un will even agree to be in it. He could play a coke-addled, blowjob-getting version of himself like Michael Cera in This is the End. Or maybe play against type by hilariously not executing people. Like, maybe some guy comes up and insults Kim Jong-Il and Kim Jong-Un just laughs and slaps him on the back and gives him a big roast beef sandwich.
OR, since This is the End worked so well, maybe the plot could be that boys hole up in James Franco’s house to smoke weed during a North Korean invasion. Green Dawn, they could call it. Really, the possibilities are endless.
http://www.eonline.com/news/426258/james-franco-and-seth-rogen-going-to-north-korea-to-kill-kim-jong-un-in-new-movie