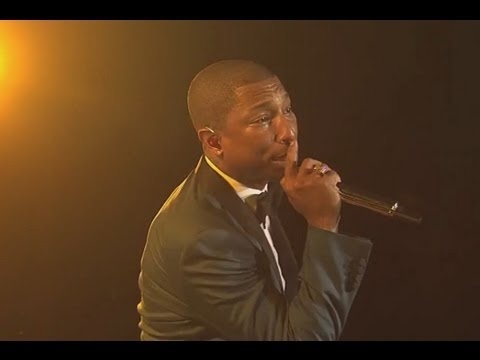 Have we mentioned lately that we love Pharrell? That he’s possibly immortal and also that he’s one of the best music producers in the last twenty years are both nearly indisputable at this point. He’s so effortlessly cool that he somehow made the soundtrack for a despicable movie like “Despicable Me 2″ seem cool by association.
Here’s a clip of him performing a track off that soundtrack, “Happy,” at the El Rey theatre in Los Angeles at the Myspace launch party. The performance was featured on “Jimmy Kimmel Live!” last night, and the movie hits theaters next Wednesday on July 3. While we’re on the subject of Pharrell, let’s not forget how many amazing pop, hip-hop and forgotten gems that he helped helm on production.