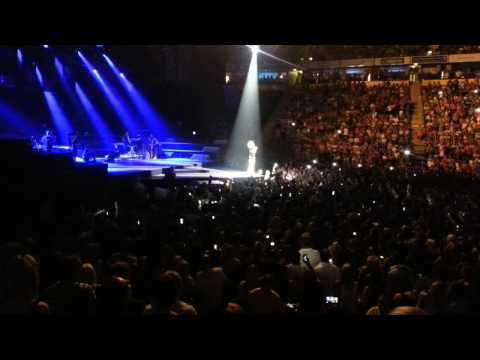 18 jul 2013 23:33
961
1
Rihanna needs to work on her tardiness.
The ‘Stay’ singer was late for yet another concert, this time in Manchester, U.K. — and the Brits didn’t take lightly to her transgression — and that fury led to a food fight.
During her heavily backing-track assisted intro performance of ‘Rude Boy’ on July 16, Rihanna addressed the crowd in her usual potty mouth manner (because the f-word is like, so rebellious and rock star).
“I love that s—,” she said. “I knew you guys were gonna be crazy, but f—. This is next level,” she gushed.
Then when her beloved Navy began throwing things onstage, she got sassy. “There’s a good crazy and there’s a bad crazy. When you throw s— up here, that’s an epic fail,” she snapped.
Once she realized it was grub and not gifts making its way onto the stage, she got even more annoyed. “I swear to God, cut that s— out. Really, chips? Chips though?!”
She does have a point. Considering how much she charges for tickets to her oft lackluster performances on her Diamonds world tour, her fans may want to quit wasting their food.