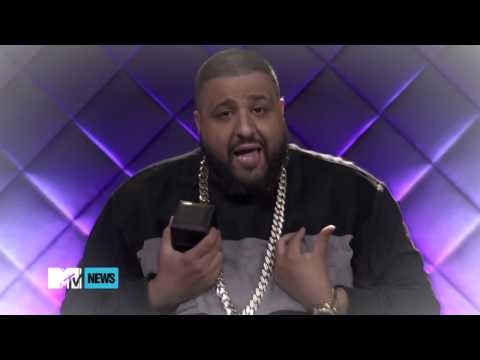 28 jul 2013 12:52
1299
1
In a bizarre move that’s actually not close enough to his album dropping to be considered just a publicity stunt, DJ Khaled proposed to Nicki Minaj on video.
Except Minaj wasn’t even there.
In an interview with MTV News, Khaled “I love you, I like you. I want you, I want you to be mine.”
Khaled then explained why he was on TV doing this. “I’m at MTV because it’s a worldwide network,” he said. “Why am I not telling you this face to face? Because I understand that you’re busy.” Oh. Skype wasn’t an option, boo?
Then he brought out the big guns — and a big rock. “I’ma be honest with you, I wanna marry you. “Nicki Minaj, will you marry me?”
Khaled swears he’s serious. “We got the same symptoms, we both suffer from success. You’re out touring, you hustle, you make music — you’re winning. I understand,” he said emphatically. “That’s You need a man like me in your life that’s gonna take care of you and respect you.”
Oh boy.
The camera cuts away for a split second and Khaled concedes, “You gotta take the time to think about it, I understand … I want your fans to know, my fans to know, my family, your family,” he stammered, “that I want to marry you.”
(Doesn’t the fact that “fans” preceded “family” sort of reek of thirst, though?)
“I worked hard to get this ring,” he added, perhaps thinking a dose of guilt would trick the former ‘American Idol’ judge into thinking she owes him something.
“A year ago I wanted to tell you,” Khaled added. “On the ‘Take It to the Head’ video … things got better for me. I was preparing for this,” he said, pointing to the bling. “Nicki Minaj … will you marry me?”
We’re gonna speak for Minaj and say probably not. She did retweet a post including the video but has yet to actually respond. She’s been openly dating Safaree Samuels for a while and has never been too desperate for press, so we’re gonna call this a wash.