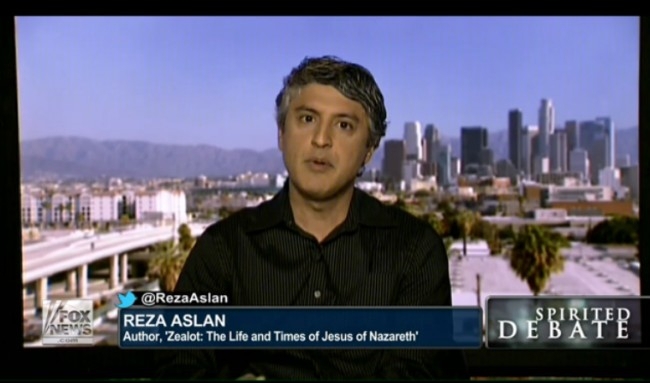 28 jul 2013 22:56
1259
1
1
f Fox News‘ new strategy is to cover their ears and scream, “LALALA I CAN’T HEAR YOU LALALA” at their invited guests, they’re doing a bang up job. The home of the World’s Loudest Opinions continued their shame spiral toward their inevitable future on Friday during a chat with scholar Reza Aslan, the author of Zealot: The Life and Times of Jesus of Nazareth. For you see, Aslan is a Muslim, so why would HE be interested in Christianity.
That was an actual question. “You’re a Muslim, so why did you write a book about the founder of Christianity?” asked Lauren Green, to which Aslan replied, “Well, to be clear, I am a scholar of religions with four degrees, including one in the New Testament, and fluency in biblical Greek, who has been studying the origins of Christianity for two decades, who also just happens to be a Muslim.” “Yeah, well,” Green was thinking, “I have a Jewish friend.”

(No, she doesn’t.) It only gets worse and worse the longer it goes on, culminating with Green accusing Aslan, who increasingly takes the tone of an exasperated parent explaining something obvious to their child, of never disclosing he’s a Muslim. Um, no: “Ma’am, the second page of my book says I’m a Muslim. Every single interview I have ever done on TV or in print says I’m a Muslim.” At no point does Fox News realize the irony of persecuting someone over their religion in a discussion about Jesus, and everyone is now dumber.