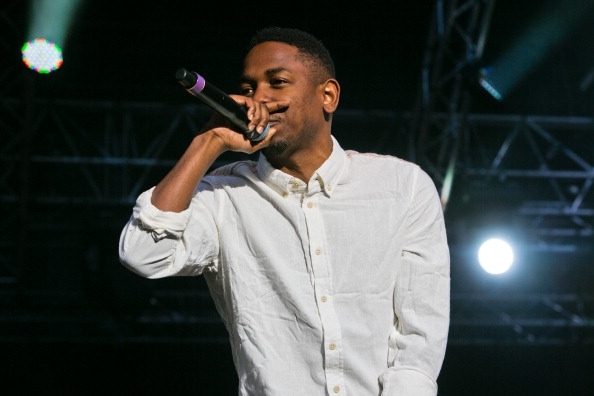 18 aug 2013 23:33
Tags: artistic   awesome   comedy   funny   funny-crazy-wtf-people   interesting   music   random   silly   weird
1552
1
1
We live in a land of hyperbole. Everything either sucks or is the best thing ever. That’s why it’s important to keep things in perspective and temper overstatements.
With that said, HOLY SH*T KENDRICK LAMAR JUST DROPPED ONE OF THE BEST RAP VERSES OF ALL TIME!

Okay, seriously. K. Dot has asserted himself as one of the alpha dogs in rap and his latest verse on the unreleased “Control” from Big Sean’s upcoming Hall Of Fame only solidified that position. Kendrick Lamar is LeBron James. He’s head and shoulders above everyone else rapping at this very moment and it’s not even close.
So when he drops a verse like he did here, it turns the rap world on its head. First, he declared himself the King of New York (he’s from Compton) then he dropped this gem:
I’m usually homeboys with the same n*ggas im rhymin wit
But this is hip hop and them n*ggas should know what time it is
And that goes for Jermaine Cole, Big KRIT, Wale
Pusha T, Meek Mill, A$AP Rocky, Drake
Big Sean, Jay electron’, Tyler, Mac Miller
I got love for you all but I’m tryna murder you n*ggas
Tryna make sure your core fans never heard of you n*ggas
They dont wanna hear not one more noun or verb from u n*ggas
What is competition? I’m tryna raise the bar high
Who tryna jump and get it? You better off tryna skydive
Whoo. Yes. Kendrick namechecked every popular rapper in his age group and said he wanted to destroy them. In this day and age of chummy rappers and passive aggressiveness, KD rang off warning shots that he’s in a league of his own.
Yes, this is the verse of the year and one of those iconic moments in Hip-Hop — scratch that, all of music — that you want to be a part of. So here, listen, absorb and enjoy the moment.