24 aug 2013 23:56
Tags: artistic   awesome   cool   funny   random   silly   sweet   weird
1458
1
1
Pearl Jam‘s love-hate relationship with making music videos is beginning to lean back toward “love.” After winning Best Video of the Year at the 1993 MTV Video Music Awards for the stupidly controversial “Jeremy,” Pearl Jam asserted that they were done with the medium. To quote bassist Jeff Ament, “I don’t want people to remember our songs as videos.” (That sentiment lasted until 1998, although to be fair, “Do the Evolution” was entirely animated.)
In 2002, five live performances of songs from Riot Act were filmed and released as videos, and the same thing happened again for cuts from Pearl Jam and Backspacer. The video for “Mind Your Manners,” a single from the band’s forthcoming Lightning Bolt, isn’t as conceptually interesting as “Jeremy,” but there are visual nods to September 11th, so…that’s something? Also, a lot of lightning. Who doesn’t love a bolt of lightning? 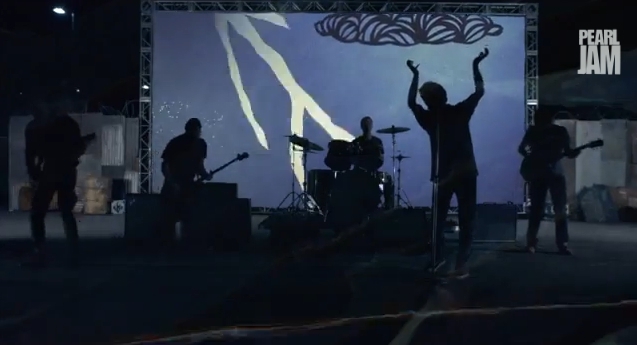