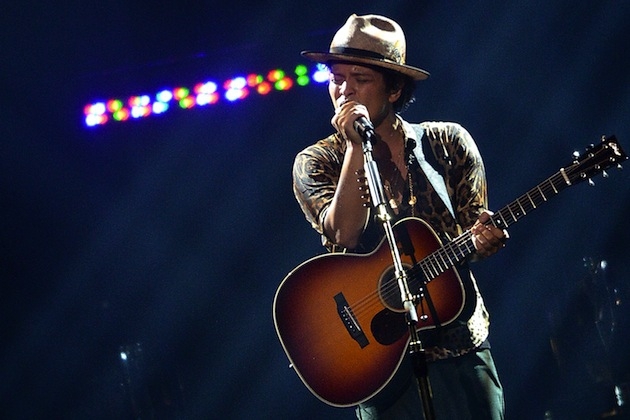 09 sep 2013 14:30
Tags: artistic   funny-crazy-wtf-people   interesting   music   random   silly   weird
1249
1
Bruno Mars has been offered a much coveted opportunity to perform during the 2014 Super Bowl Halftime Show, and considering Beyonce‘s performance last year blacked out the entire stadium and reunited Destiny’s Child, he has some big shoes to fill.

The NFL announced the news yesterday (September 8) on the show ‘FOX NFL Sunday’ just before the kick-off and teased that Mars would be making regular appearances throughout the football season to tell fans what he has in store.
(Basically, it’s a giant ploy to get people who don’t watch football to watch football. Yeah, good luck with that.)
“The Pepsi Super Bowl halftime show is the most-watched musical event of the year,” the NFL announced in a statistic-filled statement. “More than 110.5 million viewers in the U.S. watched last year’s show.”
The 2014 Super Bowl game will take place at the MetLife Stadium in East Rutherford, N.J. on February 2. Make sure to tune in for the halftime show, the commercials, the food and alcohol with family and friends and, least importantly, the football.