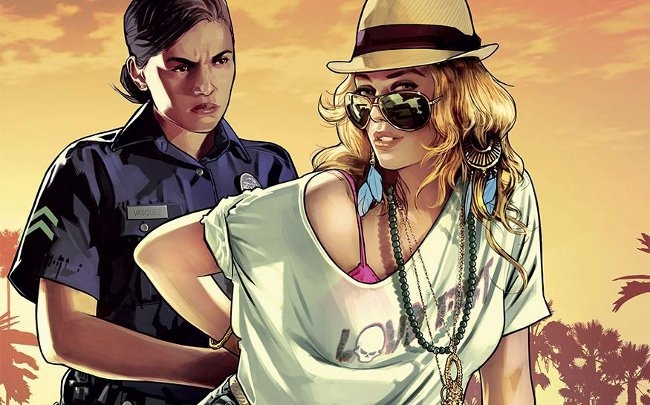 27 sep 2013 20:38
1120
1
The Grand Theft Auto series has been criticized, more than once, for its treatment of women. This is a franchise where you used to be able to use hookers for a health boost, and then kill them to get your money back, after all. And Grand Theft Auto V has gotten lambasted for this treatment. But is that valid?
First of all, the answer to the question is “Yes, to some degree.” But it’s important to sort what’s received wisdom in the video game industry versus what Rockstar was trying to achieve, artistically.
Consider the overall artistic bent of the Grand Theft Auto series. All of the games since Vice City, and Grand Theft Auto V in particular, are concerned with shining a light on some of America’s worst tendencies. And, let’s be frank here, one of those worst tendencies is misogyny.
For example, the character of Mary-Ann, who anchors some of the game’s side missions, is a biting and painful satire of body image issues and self-esteem. She’s torturing herself and beating herself up for not winning, and it’s telling that she relentlessly calls herself a “fat loser” and angrily insists she doesn’t care that she’s thirty-six and unmarried. By the end of her quest chain, you feel genuinely sorry for her; the overall perspective is of a woman broken by society who doesn’t even realize it.
You find this reflected all throughout the game. Listen closely to the ads on the radio and you’ll hear plugs for a stripper night school trying to prey on the insecurities of housewives, and an ad aimed at women insisting that if you’re tired of thinking independently, you should get a lobotomy. They even compare it to liposuction.
I somehow doubt Rockstar thinks women should lobotomize themselves, call me nuts. And sadly, a video game acknowledging misogyny even exists in the first place is uncommon enough it should be singled out for praise.
That said, the women in the game are NPCs, and relatively minor ones, at that. You can seduce strippers, which is an at best questionable choice for a game and so utterly unnecessary to gameplay you wonder why it’s even an option.
If GTA Online will allow us to play as female characters, why not have female characters in the story mode? And they’re not nice people, at all, either; the only female character who comes off as remotely likable is Franklin’s girlfriend Tenisha, who takes one look at where his life is going and, smartly, walks right out the door. She has a couple of scenes. That’s… not a good track record.
It is fair to point out that in the Grand Theft Auto franchise, everyone’s a monster; selfish, self-involved, venal, and dangerous. That said, though, the question is really one of focus. There’s no particular reason that Michael’s wife Amanda couldn’t have been the bank robber, or that Michael’s daughter Tracey is constantly in skimpy clothing and is heavily implied to have gone into porn for the attention. Satire doesn’t go far enough to cover lazy writing and thinking, and it’s also fair to argue that the women in Grand Theft Auto V are lazily written and thought out, especially as they slip to the periphery; they’re not people, but types.
In short, there is misogyny in Grand Theft Auto V, but it’s a mix of the intentional and the unintentional. One suspects that GTA Online is a feeler for having a female protagonist in the next game; one hopes that Rockstar takes a moment to ensure all its characters are well written.