29 sep 2013 18:59
Tags: alternative-press-expo   ape   san-francisco   things-to-do-sf
2905
6
Alternative Press Expo
Coming back on October 12 and 13th 2013, the 20th annual Alternative Press Expo, or APE at San Francisco Concord Exhibition Center. APE is one of the leading alternative and self-published comics events in the country originally started by Dan Vado then taken over by Comic-Con its second year. Alternative Press Expo not only has the future great comics to read but the actual artist/writer behind the table. (Just imagine meeting the next Stan Lee when he first started writing...) Filled with art, books, DYI items, speakers, special guest, hands on workshops, there is so much much more to see.

0
If its your first time to APE here are a couple of tips. Bring Cash. At each table you could spend hours memorized with visual stimulation as well as people watching. People will have CC machines, but are unreliable do to poor WiFi service. Last year 2012, the show had over 400 exhibitors and 5,500 attendees. 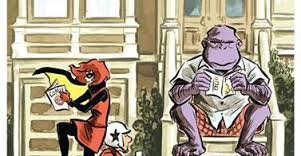 0
Pack a lunch, bring water or take a break. APE is for two days so go out to lunch, walk down to Trader Joes, or come back for Sunday. The badges are only $15 for both days or $10 for one if you order ahead or $20 on site for both days. 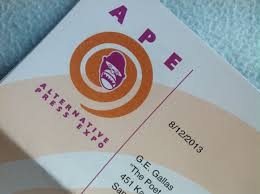 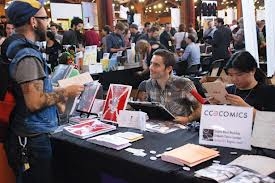