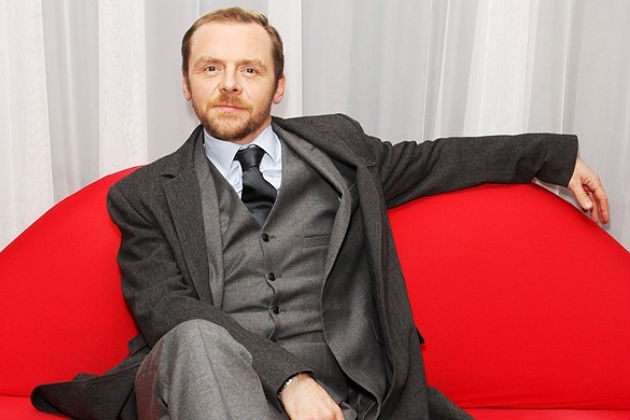 Since ‘Star Trek Into Darkness‘ hits theaters this Friday, we only found it appropriate to take some time to admire all the cuteness this new movie has to offer, like British star Simon Pegg. Simon Pegg has been putting a smile on our faces for a long time — from his work with co-star Nick Frost and director Edgar Wright on films like ‘Shaun of the Dead,’ ‘Hot Fuzz’ and the upcoming ‘The World’s End,’ to a bevy of other movies including ‘How to Lose Friends and Alienate People,’ ‘Paul’ and, of course, ‘Star Trek.’ In ‘Star Trek Into Darkness,’ Pegg reprises his role of Scotty, the ship’s Scottish (duh) engineer and one of the film’s primary forms of comic relief. Scotty didn’t get a whole lot to do in the last movie, but this time around his adventures are much more action-packed and often pretty hilarious. He’s definitely our favorite spaceship engineer and drunkard. Pegg is one heck of a talented actor, and is able to pull off any number of things from charming to jerky, from love interest to action guy — you name it. So check out some pics of Pegg below, and definitely check him out in ‘Star Trek Into Darkness’ this weekend.