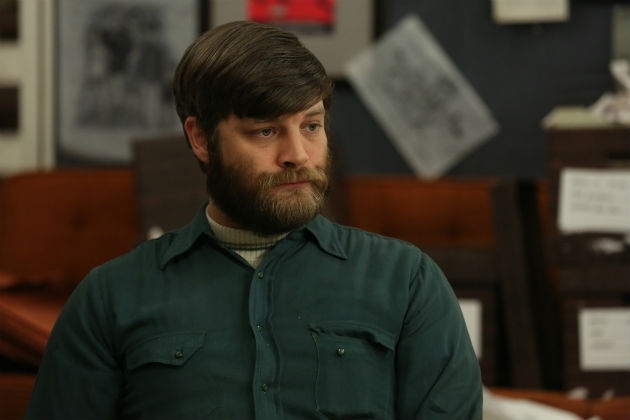 We Want to Cuddle with ‘Mad Men’ Star Jay R. Ferguson (and His Beard) (7 photo)

Something happened between season five of ‘Mad Men’ and season six — okay, a lot of things happened on that show between seasons, but what I’m thinking of specifically is Stan’s beard.
Stan, played amazingly by actor Jay R. Ferguson, came back for season six in straight-up hippie creative mode with a full-on beard. And for whatever reason, it’s made his character better times a million. Anything he says or does now is so much more awesome because he’s doing it with that beard on his face.
And gah, don’t you just want to cuddle up on it? So cute! Ferguson was particularly in top form in this week’s episode, in which a bunch of the guys at the ad agency get high on some sort of wacky stimulant and run around the office like crazy-pants fools.
Also, did you know that Ferguson is a former teen idol? Like, he had photos in Bop and everything. Ferguson starred on the TV show version of ‘The Outsiders’ and in the series ‘Evening Shade.’ Chances are, you probably had a crush on him when you were younger.
Go ahead and resume that crush right now.