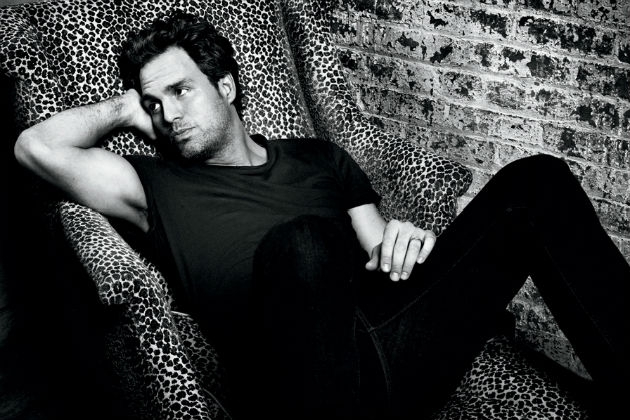 25 jun 2013 16:21
612
6
Last summer he smashed his way through the superhero flick ‘The Avengers‘ as iconic giant green hero the Hulk, but we’ve been crushing on Mark Ruffalo for a lot longer than that.

Mark Ruffalo first gained some attention in the late ’90s, with roles in ‘Ride with the Devil’ (you know, the movie that starred Jewel) and ‘You Can Count on Me.’
But the early ’00s are when his career really took off, and you’ve undoubtedly seen — and swooned over — him in a ton of stuff, like the airplane comedy ‘View from the Top,’ or the trippy romantic drama ‘Eternal Sunshine of the Spotless Mind.’ He even wooed Jennifer Garner in ’13 Going on 30′ and Jennifer Aniston in ‘Rumor Has It.’
Last year, Ruffalo became a big screen superhero in ‘The Avengers,’ in which he played mild-mannered Dr. Bruce Banner. When Banner loses his temper, though, he becomes the Hulk — a giant, green-skinned, muscle-bound monster who kicks some serious butt. Basically, what most of us are like in the morning.
You can catch Ruffalo in theaters right now in the magician heist flick ‘Now You See Me.’