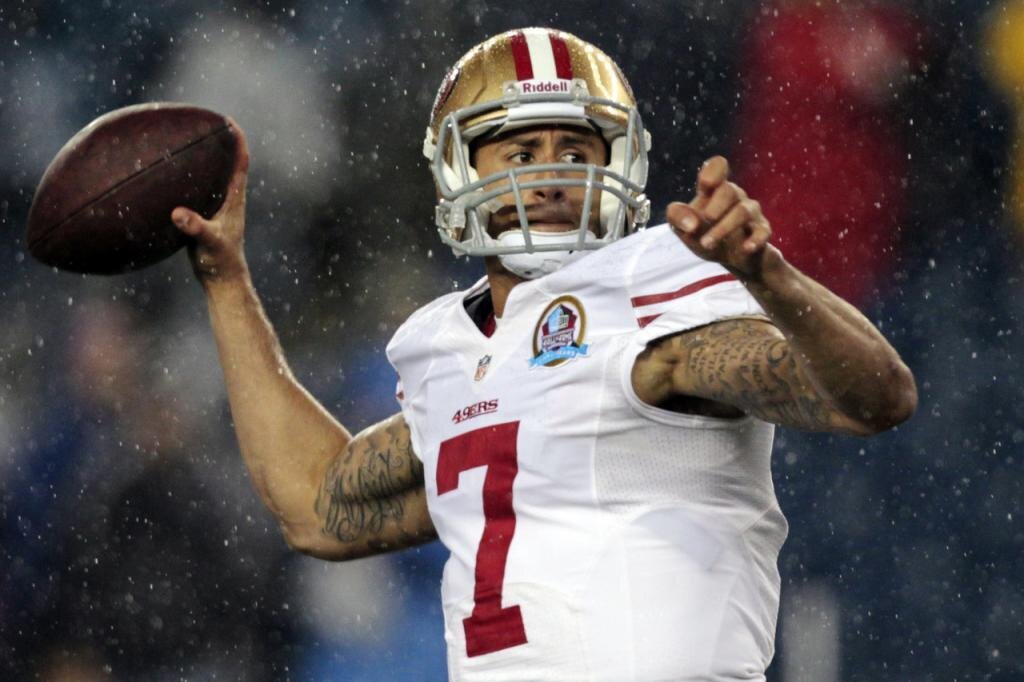 Niners Show The Pats How to Stop The Comeback

"Whatever it takes, that's our motto. ... We feel like we can do anything, sky's the limit."

The words of Michael Crabtree who's TD with 6:25 in the fourth helped keep the Niners in the lead and ultimately win the match.

The Patriots were absent the first half of the game and trailed 31-3 in the third quarter. The Niners went on outo-pilot and after a 6-yard TD run by Danny Woodhead, the Pats tied it up.

But the gruesome defense of the Niners forced four turnovers which ultimately led to the Niners coming back.

Rookie Lamichael James made a 62 yard kick-off return and on the next snap, the Niners scord on a one play drive to non other than Crabtree.

In the end the Patriots were unable to recover the onside kick with :38 to go, and that was game.

Shout out to Kaepernick for really earning his paycheck, and the Niners Defense for not flinching and making the plays that kept the game in their favor.

Special shout-out top the PAtriots for trying. But you know what Yoda says. 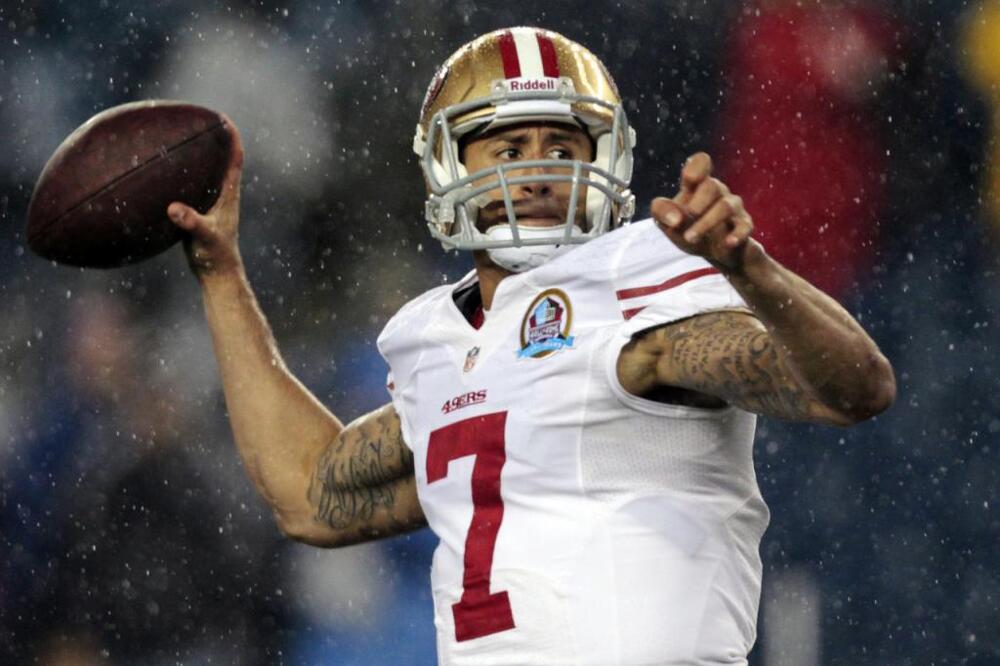 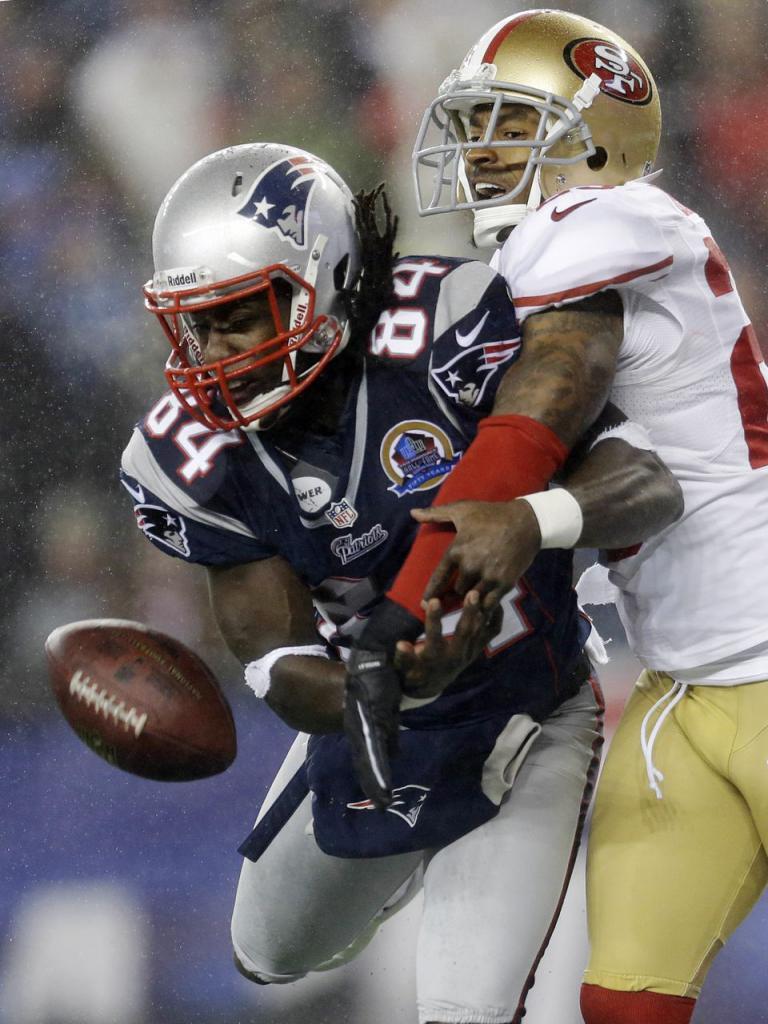 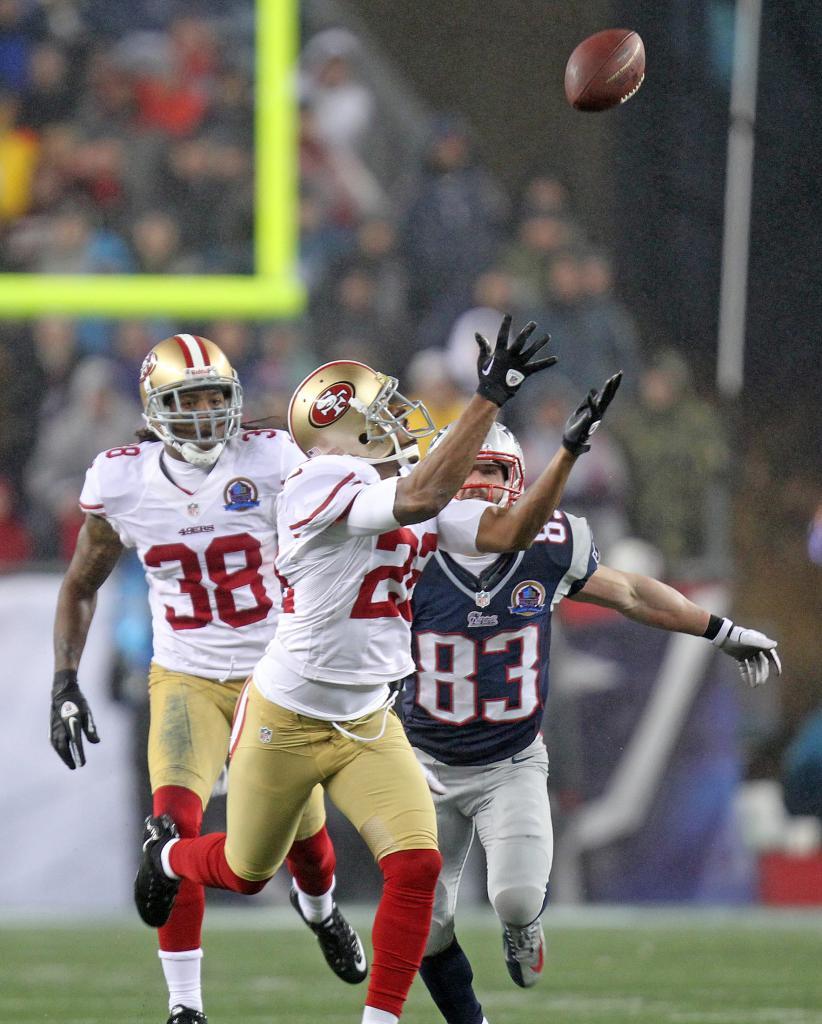 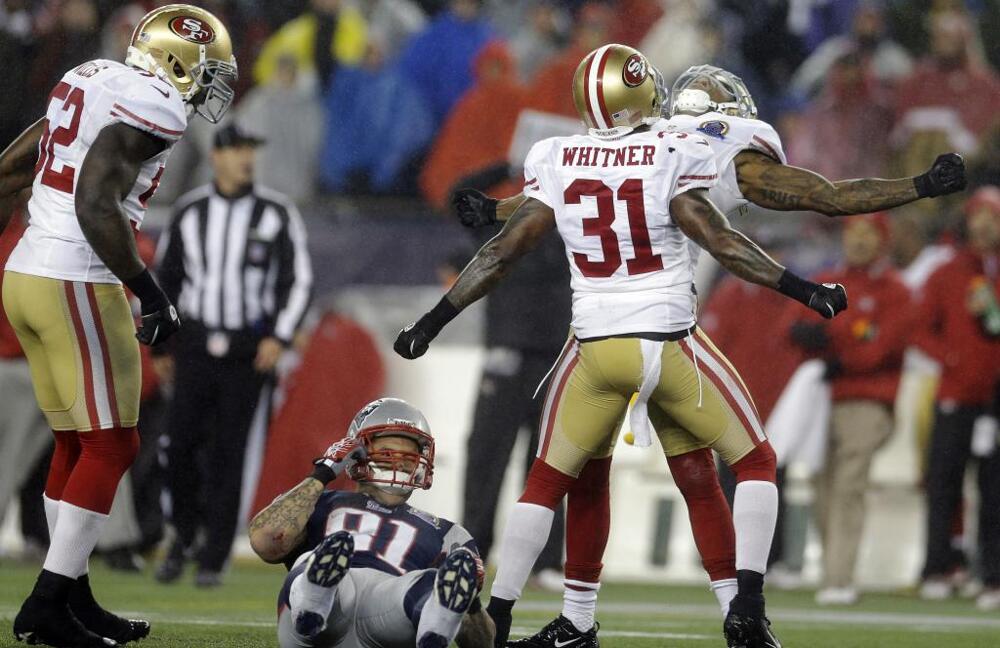 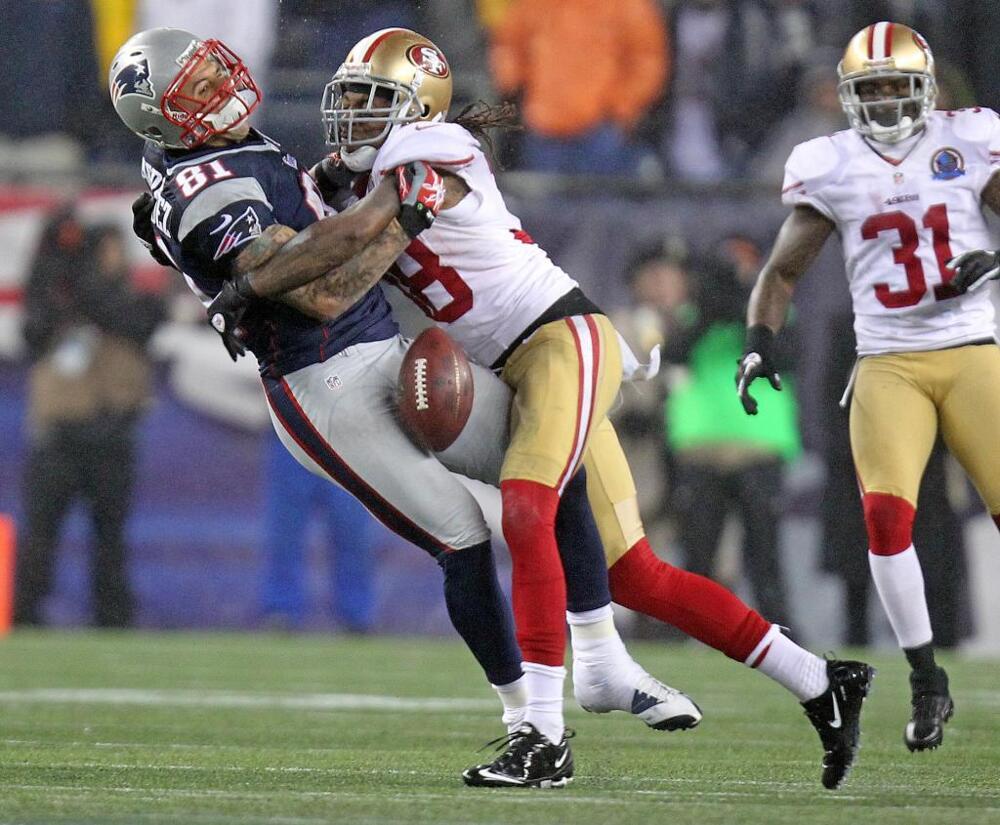 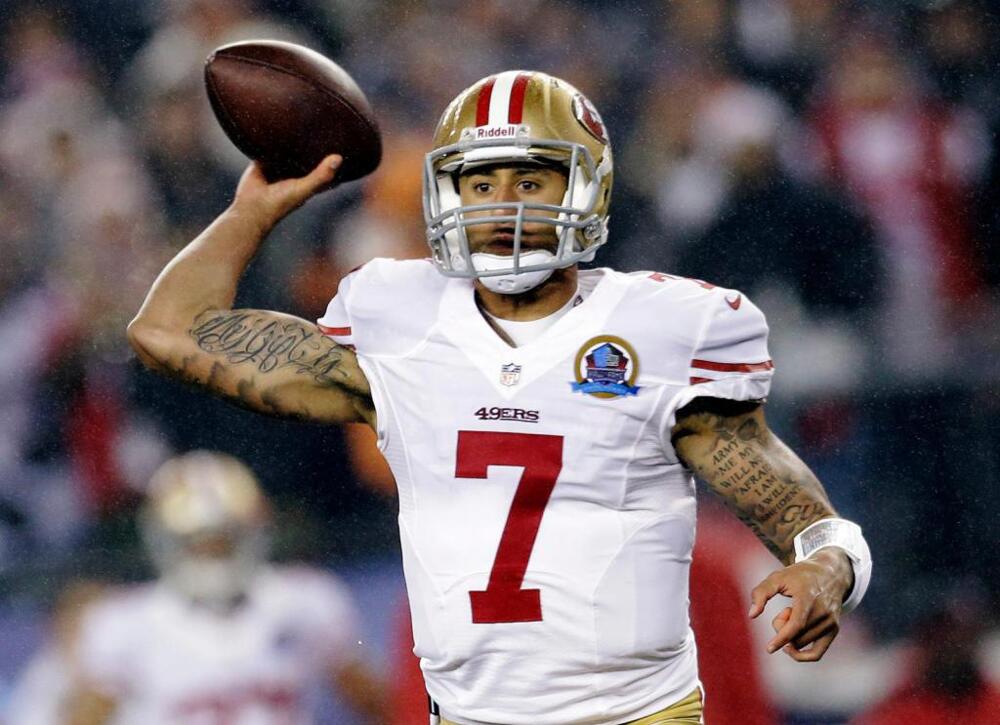 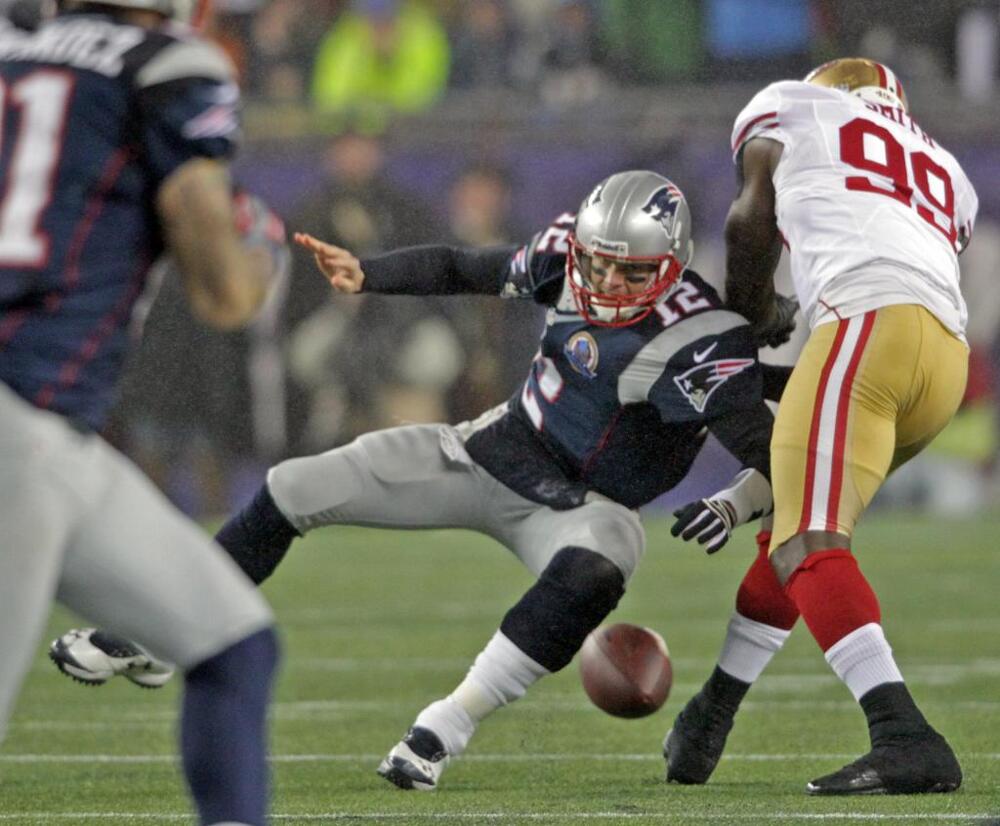 0
Tom Brady was having a rough day. 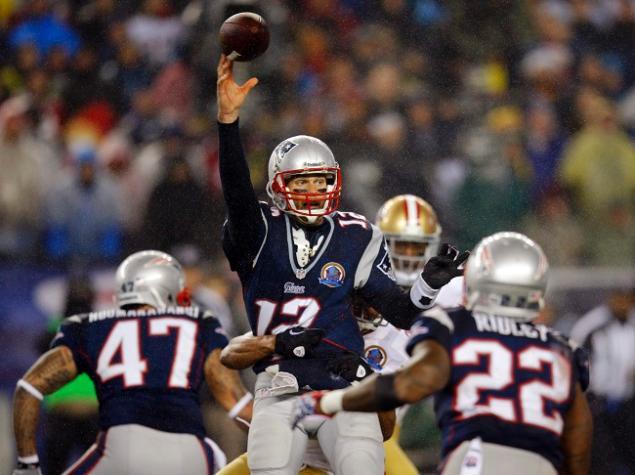 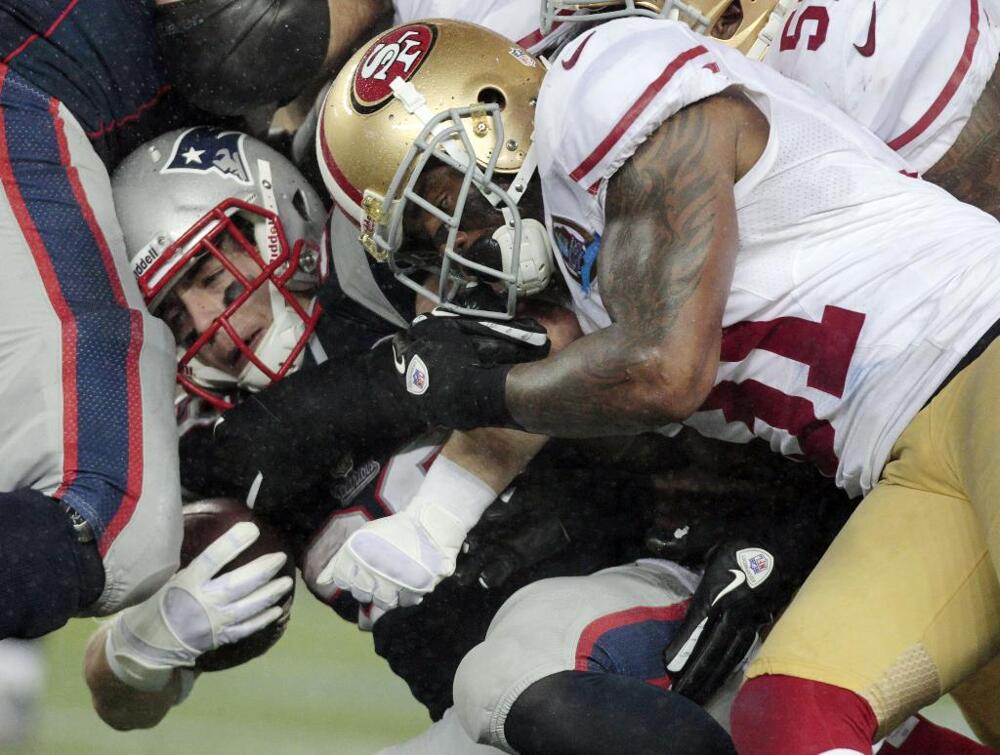 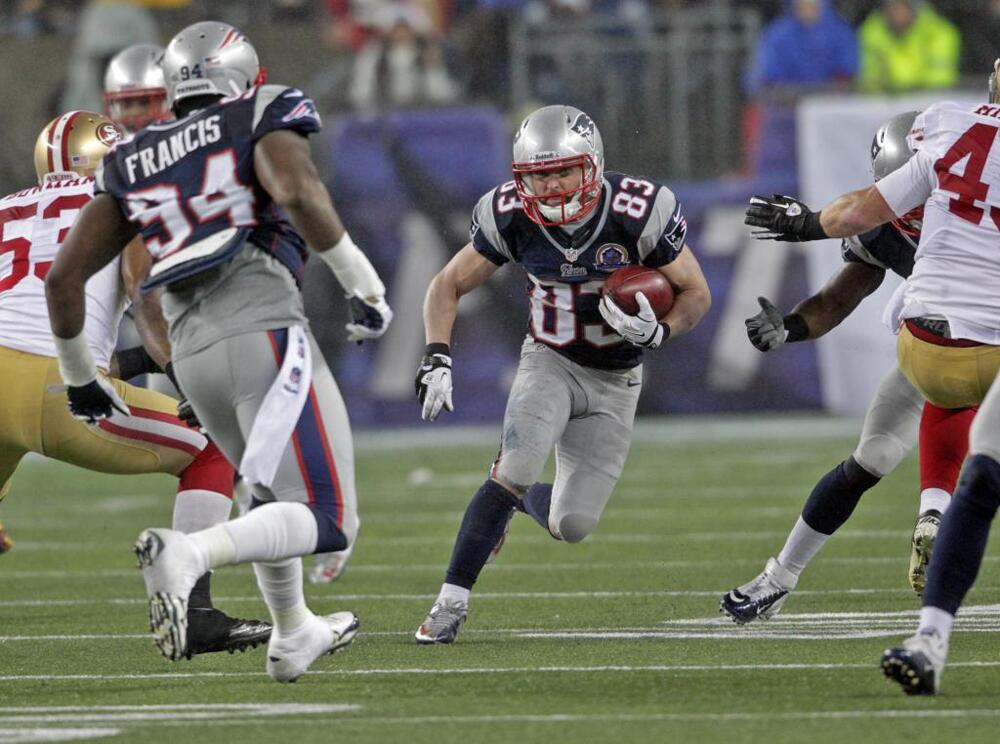 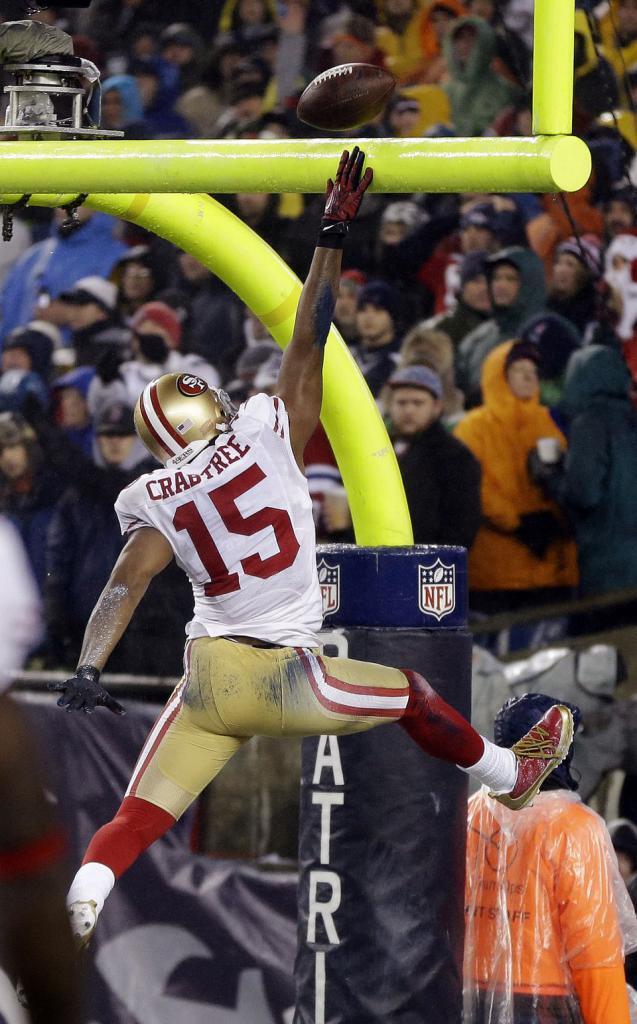 0
Crabtree has something to be excited about...two touchdown receptions and 107 receiving yards.