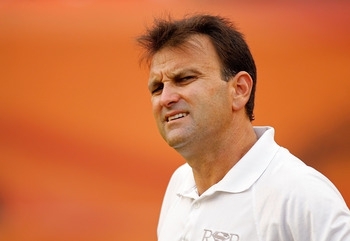 20 People in Sports That Nobody Likes (19 photo)

22 jan 2013 21:14
321
19
Lists of the most hated people in sports are in constant supply on the web. They are broken down into every possible category, but most often separated by sport. Some lists are voted on by players, some are voted on by fans, and others are assembled by writers.
And once someone makes his way onto a list, he can expect to remain there for a couple years. Hate is a powerful emotion that tends to perpetuate itself after awhile.
But even for those who find themselves among the most hated in sports year after year, many have an equally passionate base of fans who adore them. Kobe Bryant, LeBron James, Tiger Woods, and Nick Saban all come to mind. And they do have fans, I promise.