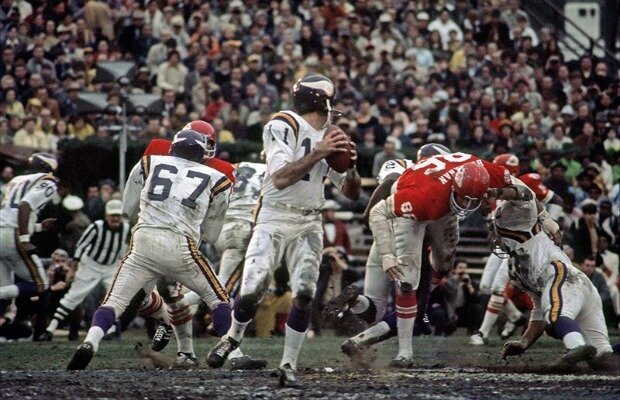 Worst Quarterbacks that have been to the Superbowl

Well kids, it's that time of year once again. The Super Bowl media frenzy has descended upon New Orleans for a week of shenanigans and debauchery, leading up to the big game this Sunday. This year, Joe "please include me in the elite QB convo" Flacco will go up against Colin "I can't believe I'm here" Kaepernick, for the NFL's greatest prize. This got us thinking, with the lack of a true "elite" quarterback in this year's Super Bowl, who are some other bench warmers and fourth round rejects who have found themselves on football's biggest stage? We took a look at the history books to find these select few, the guys who didn't have the strongest arm, or the quickest feet, but one way or another made it to the last Sunday of the season. 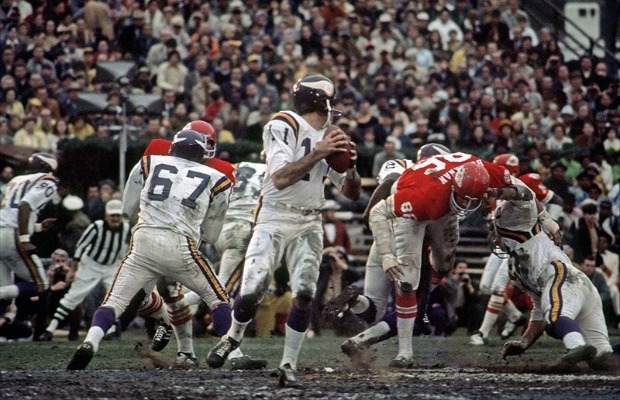 It's a pretty good success rate to only play three seasons in the NFL and make it to a Super Bowl. Joe Kapp wasn't a standout by any stretch of the imagination. He managed to lead the '69 Vikings to the big game—they lost to the Chiefs 23-7—but still. 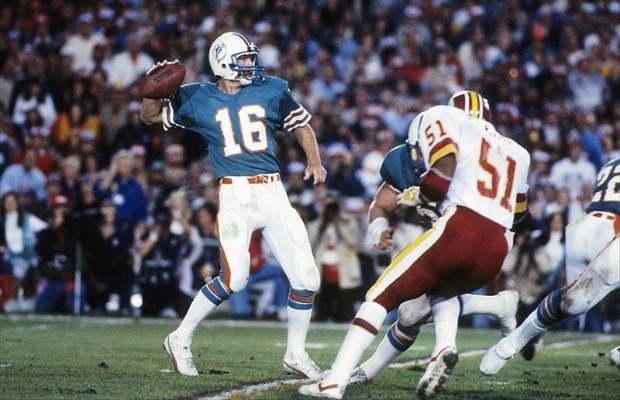 'Twas the strike-shortened season of '82 that found David Woodley and the Miami Dolphins in the Super Bowl. At the time, Woodley became the youngest quarterback in NFL history to start a Super Bowl. 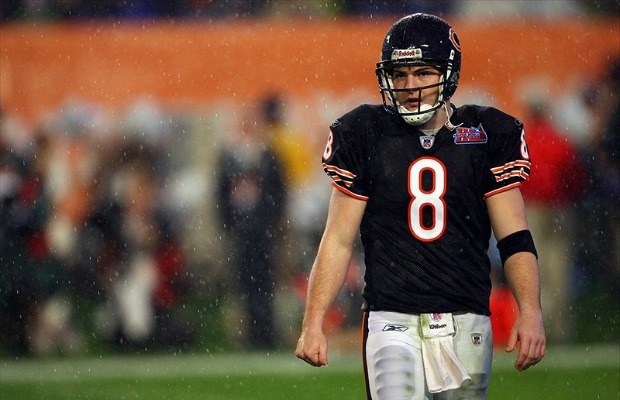 Rex Grossman should be the poster boy for mediocre quarterbacks. In less than 50 starts he has 1,000 completions, and more interceptions than touchdowns. None the less, Grossman managed to make the most with limited time as a starter as he rode a strong Bears defense all the way to Super Bowl XLI in 2007. 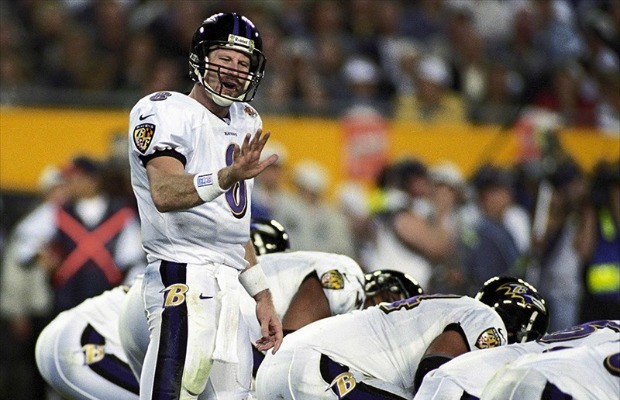 Before Trent Dilfer was regaling us with insight and commentary on ESPN, he actually used to play the game, hell he even has a ring. 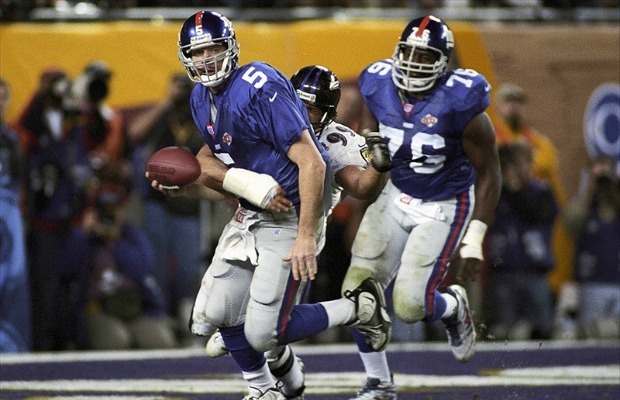 A sub-par career record to go along with sub-par career performances, Kerry Collins showed us anything is possible when he managed to take the Giants to Super Bowl XXXV against the Baltimore Ravens. 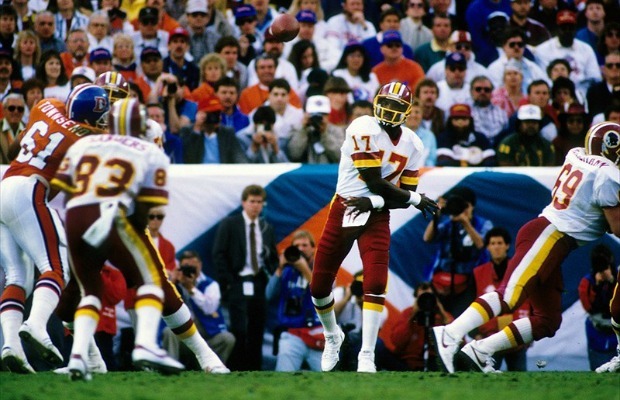 1987 was a wild season for Doug Williams and the Washington Redskins. Williams wasn't named the starting quarterback to start the season, but he made several appearances for the oft injured/ineffective Jay Schroeder. 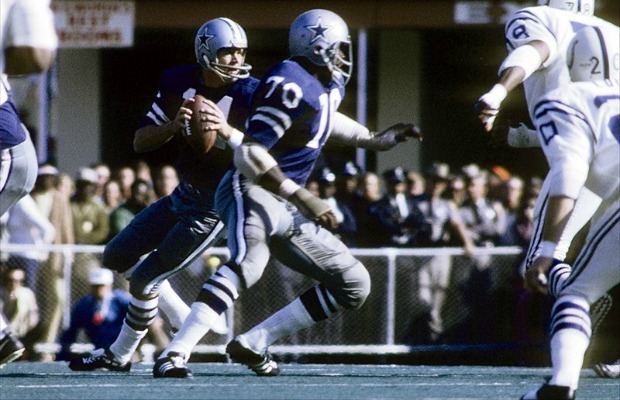 Talk about hard times. Morton made it to the Super Bowl in back-to-back seasons in '70 and '71, but the Cowboys gave him the boot in favor of Roger Staubach in 1971. 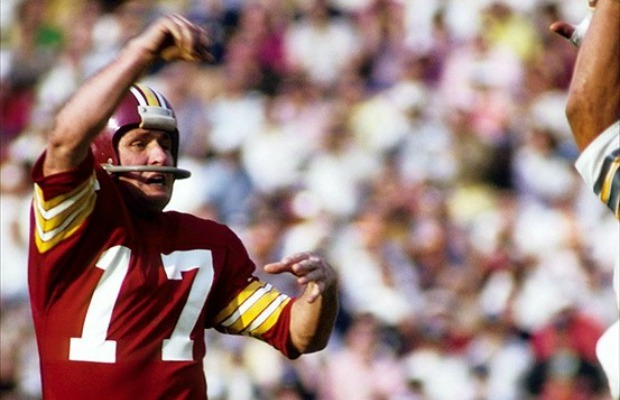 The 11th overall pick in the '61 Draft, Billy Kilmer didn't really take off until he landed with the Washington Redskins in 1971. A season later he landed in the Super Bowl against the undefeated Dolphins. 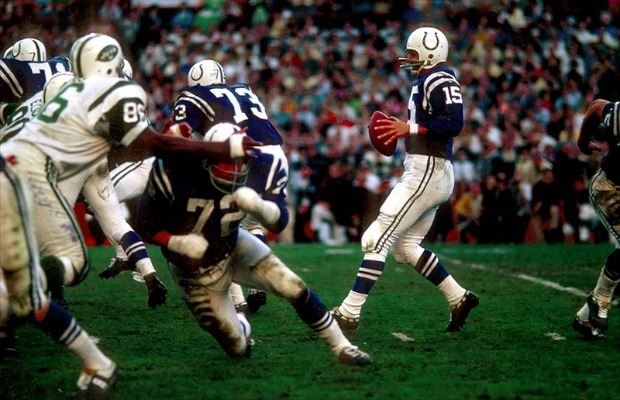 Named the 1968 AP NFL MVP, Earl Morrall only found the limelight as a result of an injury to Colts legend Johnny Unitas. After he took over the team in '68 he led the Colts to a 13-1 record and a trip to Super Bowl III. Then it all fell apart as Morrall went 6-17 for just 71 yards along with three interceptions, en route to a 16-7 loss to Joe Namath and the underdog Jets. 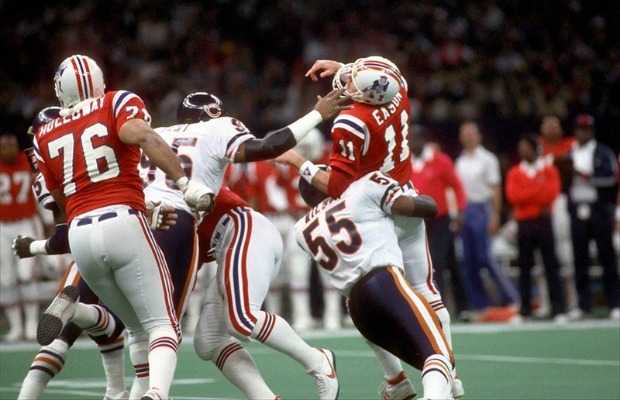 Tony Eason has only 51 career starts to his name, and he's never started all 16 in a season. However, he managed to make it to Super Bowl XX with the New England Patriots. You may need to sit down to look at these numbers though. He went 0-6 for zero yards. We'll let that sink in.