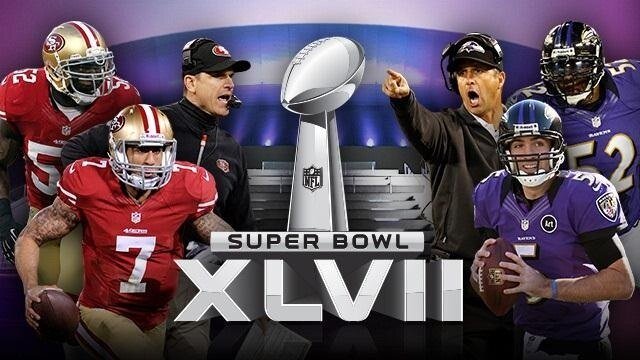 The lasting memory from this game will not be that John Harbaugh defeated his younger brother, Jim, or that Ravens linebacker Ray Lewis ended his career with a championship. It’ll be that Baltimore survived an unexplainable collapse — defeating the 49ers, 34-31 — by leaning on its most dependable presence, quarterback Joe Flacco. After the black out, the 49ers were revamped and started to make an unbelievable recovery. It seemed that fate was leaning towards San Francisco's favor, since the black out happened at a very conveniant time for them. At the last minute, Baltimore was able to hold off the 49er revenge hoard.

“We don’t make anything easy,” said Flacco, who was named the Super Bowl’s most valuable player after his 287-yard passing performance.

Today, many San Francisco fans are sad and dissapointed, but at the same time, hopeful for next season. Let's take a look at all the best Super Bowl XLVII moments. 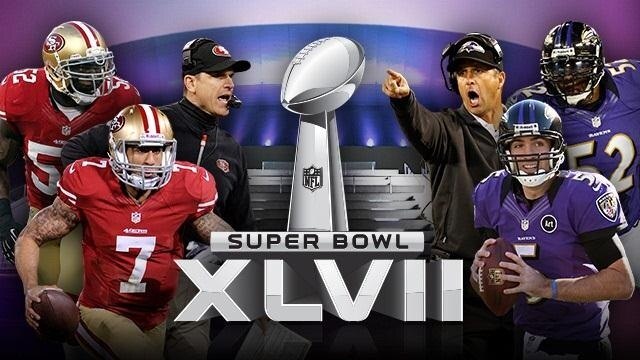 The First touchdown of the game. 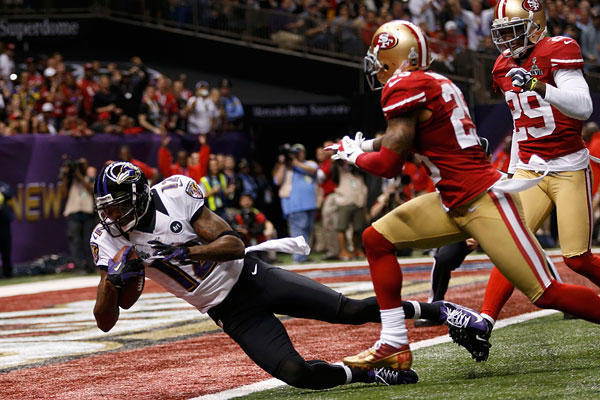 0
The Ravens spread out their formation in the red zone and Flacco found Anquan Boldin, who lined up in the inside of the far side of the formation, over the middle of the field for a 13-yard touchdown reception.

It was the first score of the game and was an excellent example of the touch and timing Flacco has displayed during his impressive 2013 postseason performance.

The Mysterious and Famous Black out. 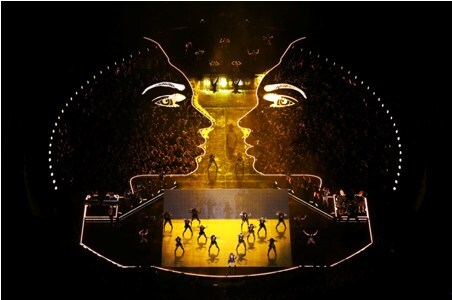 0
New's sites are blaming it on Beyonce's performance. 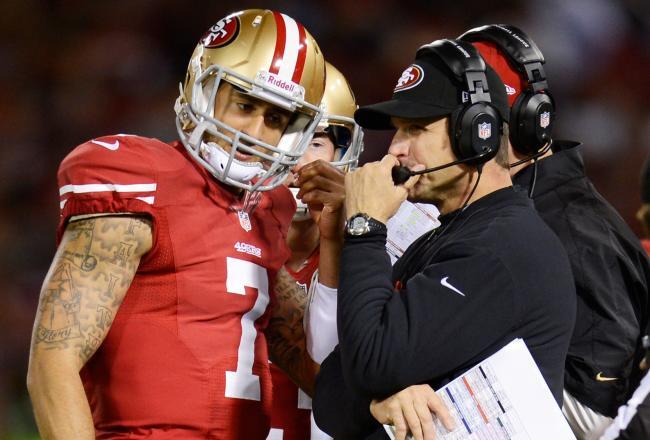 
After the Black out. The 49ers started to close the gap. 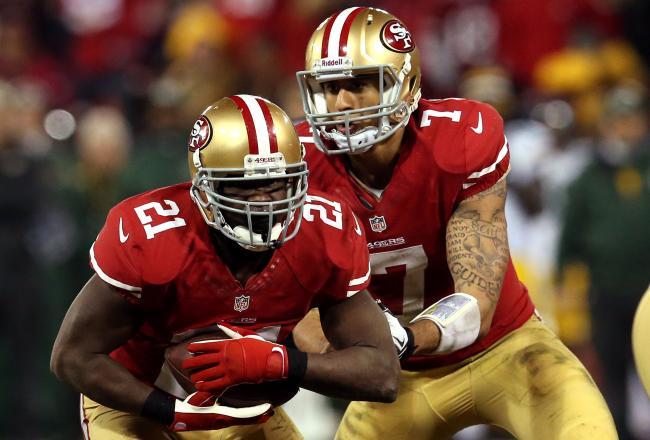 0
The biggest deficit a team has ever overcome to win a Super Bowl is 10 points, and there were moments were it appeared San Francisco had a chance to better that mark. Instead, the 49ers lost for the first time in six trips to the Super Bowl.

Jonsey Jones made the longest return run in History. 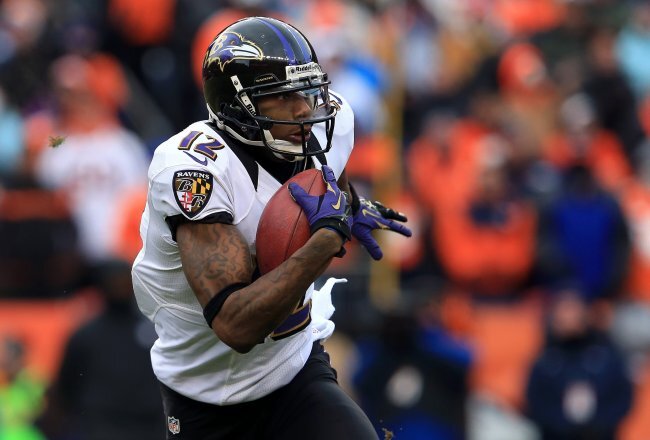 0
Baltimore led 28-6 after Jones opened the second half with the longest kickoff return in a Super Bowl, his eyes glancing up at the videoboard, presumably to watch himself sprint to the end zone.

The 49ers didn't go down with out a fight. 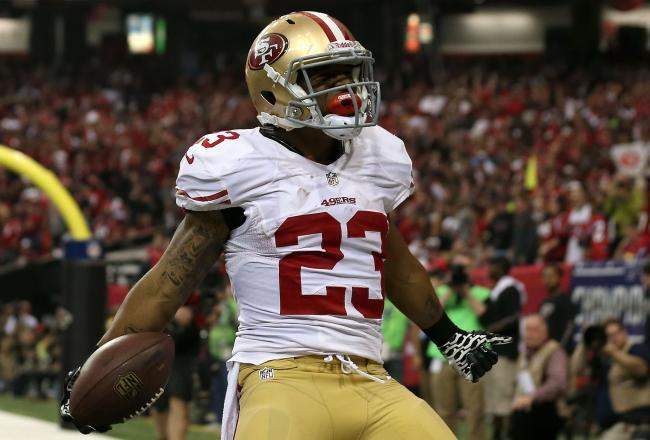 0
Kaepernick threw some nice passes himself in the first half, including this beautiful 24-yard toss to tight end Vernon Davis.

Kaepernick didn’t zip it to his receiver as he did for much of the first half. Rather, he lofted it up over the head of the linebacker and put it where only his receiver would have a shot at it. 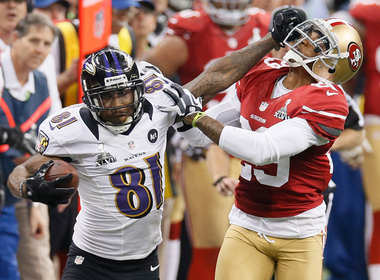 0
Like this one. Holding the face mask. Totally slipped.

The other one was when Crabtree was in the inzone, last quarter, and there was evident holding from the defense. Should have been a holding call, with a redo on 4th down. Instead the ref's let it slip claiming that Crabtree was playing rough as well. 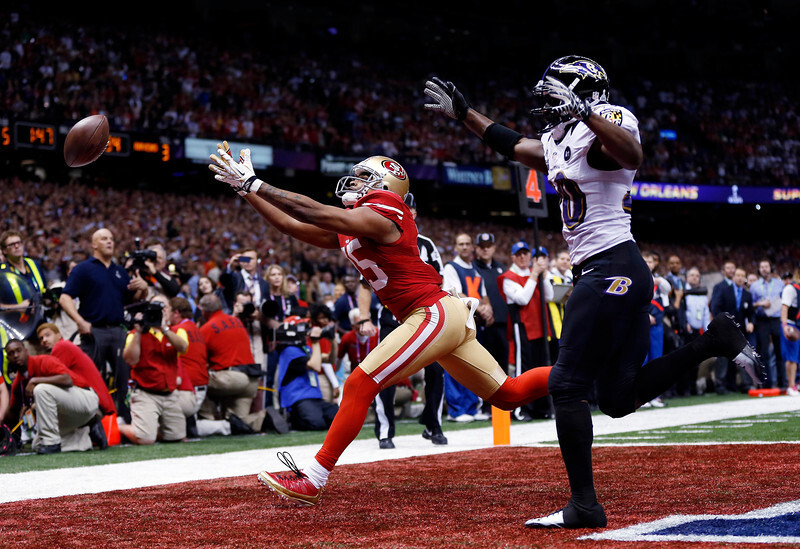 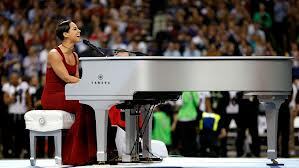 0
She didn't mess up the lyrics, and it was awesome.

Every female agrees that Joe Flacco is more attractive than Kappernick 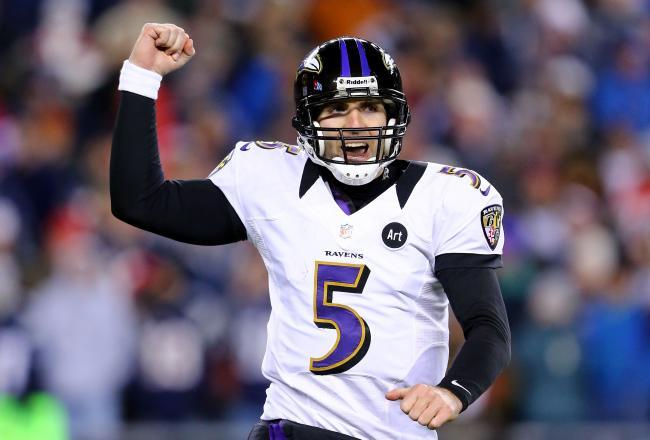 0
Flacco has "inquisitive eyes" whereas Kappernick has puppy eyes.
In short, Flacco is a man, Kappernick is the cute kid you have a crush on in high school but you will never date him because he's too young.

This super bowl received the highest TV ratings of all time 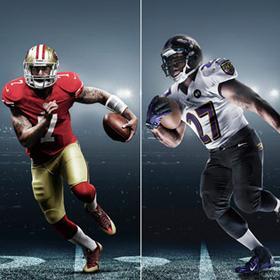 0
The game scored a 48.1 rating and a 71 share in a select measurement of big cities, which would make it the most-watched TV event in U.S. history.

Joe Flacco is Voted MVP and.... 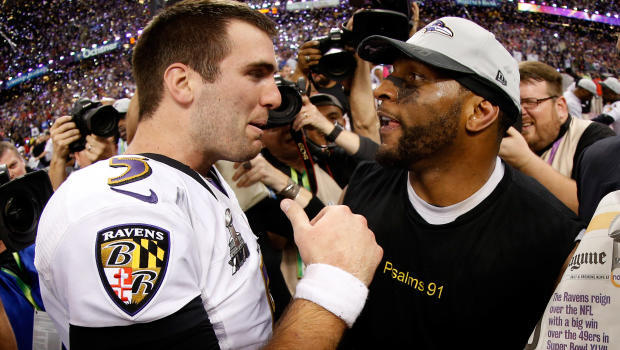 Ray Lewis gets to Retire with his superbowl ring 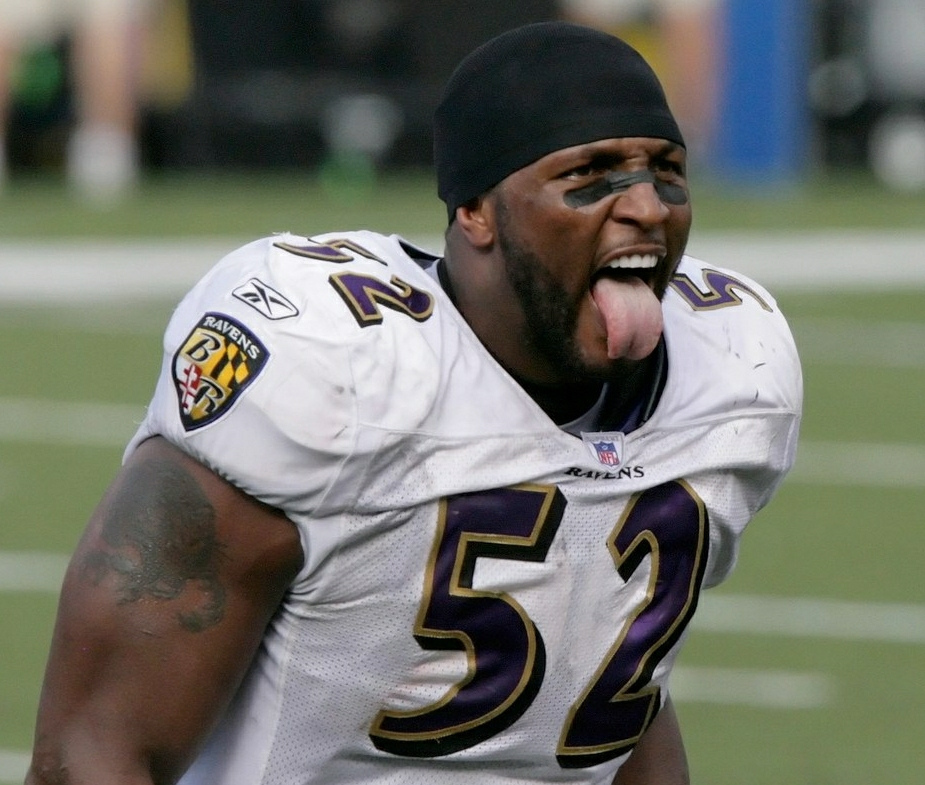 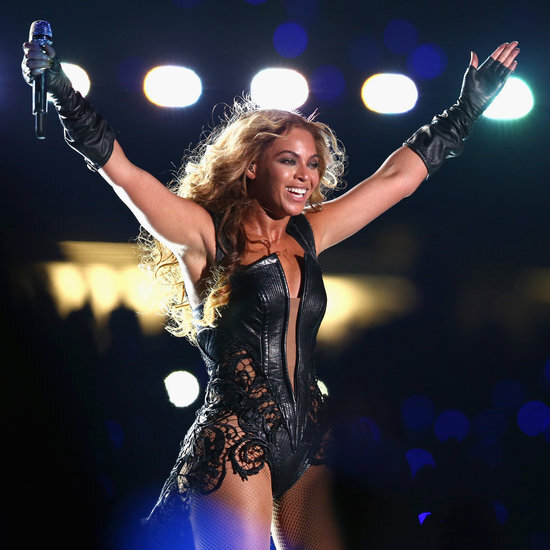 0
was arguably the best of all time. And it included a Destiny's Child reunion. ULTIMATE WIN! 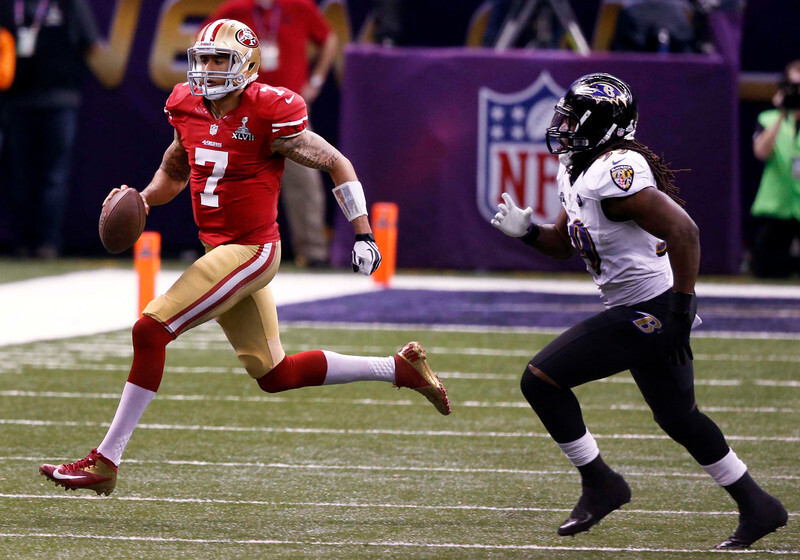 America got a little fatter yesterday. 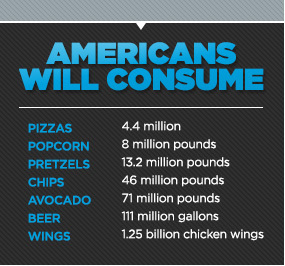 Flacco carried his team by passing, Kappernnick advanced by running 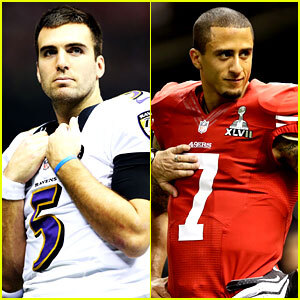 Flacco gets sacked a couple times 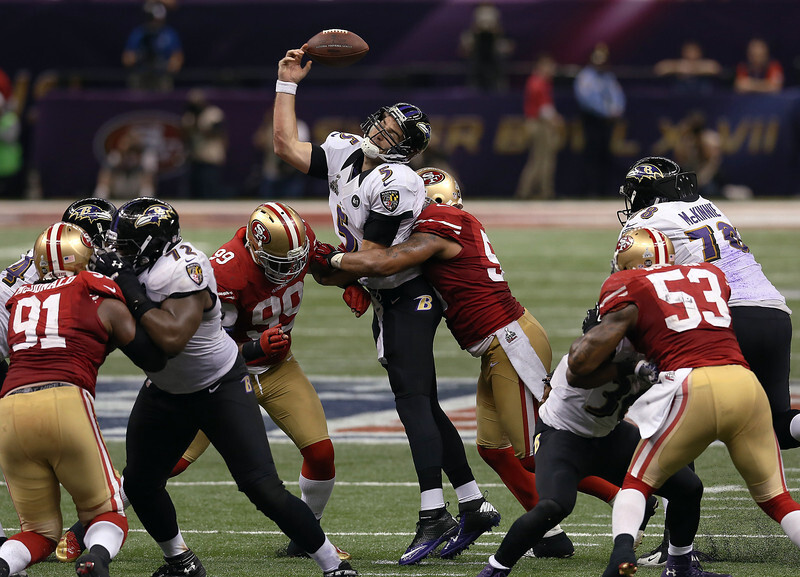 and it starts looking good for the 49ers 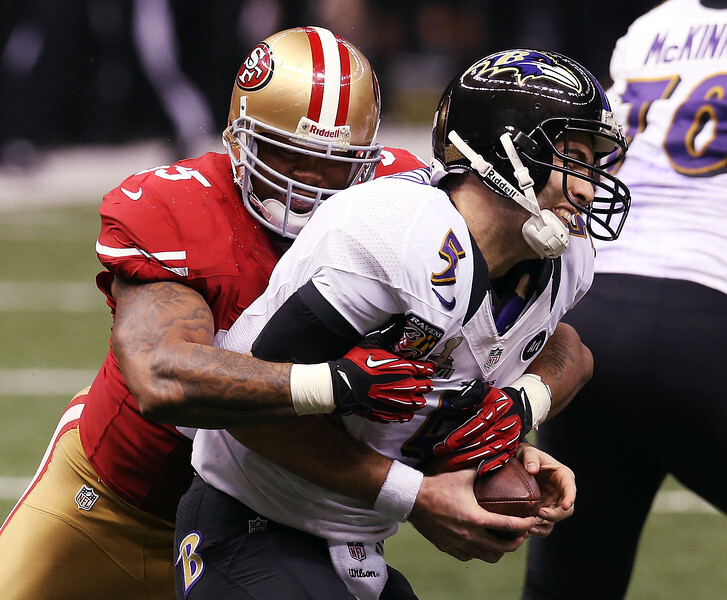 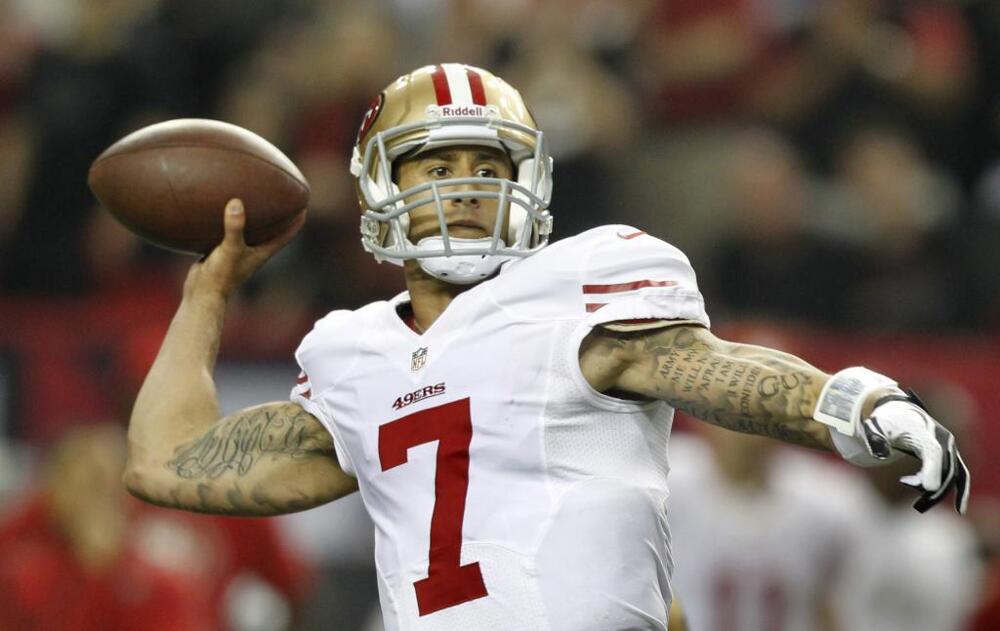 But in the end the Ravens won 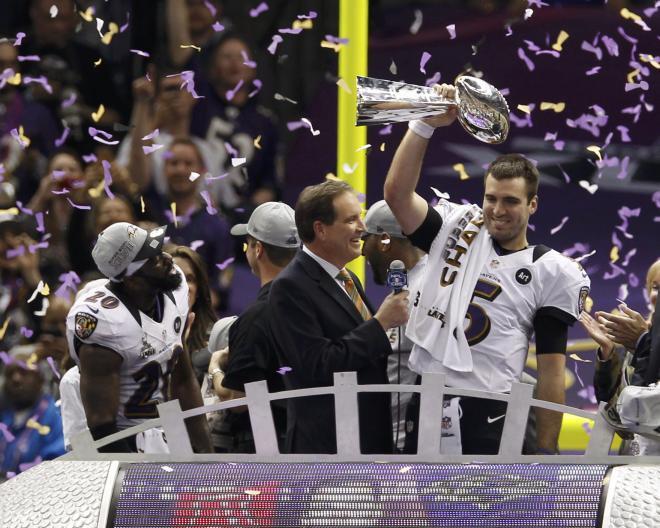