Top 10 Centers in The NFL

01 mar 2013 15:18
1432
11
The Center is the captain of the O-line. The Center makes all of the line calls and sets up the protections for the Quarterbacks. The Center is a General on the field and its important to have a good one. Here aren't he top 10 centers in the NFL right now 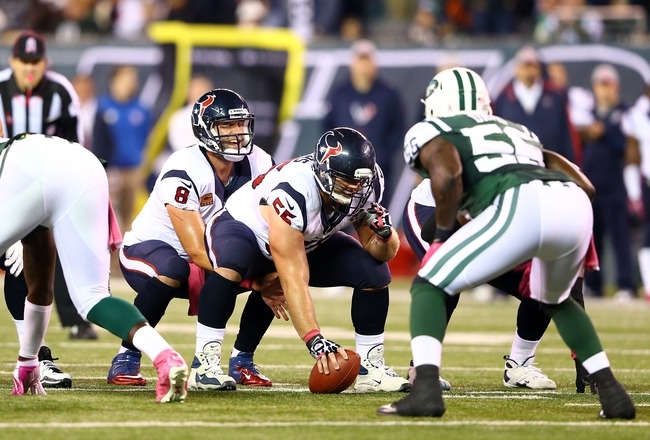 0
10. Stefen Wisniewski, Oakland Raiders - We didn’t have a high preseason grade on Stefen Wisniewski, but after watching him stonewall defenders in the passing game, it’s easy to fall in love with his skills. He needs work as a run-blocker, but those angles and opportunities will come in due time for one of the brightest young players in the league. 0
9. Brian De La Puente, New Orleans Saints - It’s tough to find this kind of balance in a center, but De La Puente has it. He’s very good at doing what the Saints ask of him—getting to the second level, sliding to protect Drew Brees while opening up passing lanes—and as he gains experience, it’s easy to see him becoming one of the top centers in the NFL. 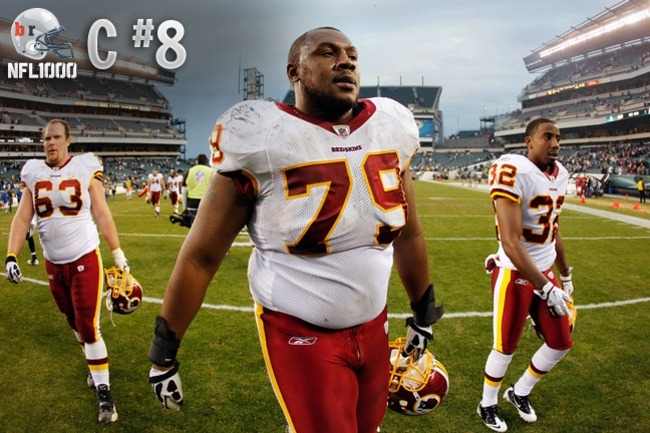 0
8. Will Montgomery, Washington Redskins - A top-level zone-blocking center, Montgomery’s agility and quickness are tailored for what the Redskins do up front. While he might not be as effective in other schemes, he’s playing at a Pro Bowl level in Washington. 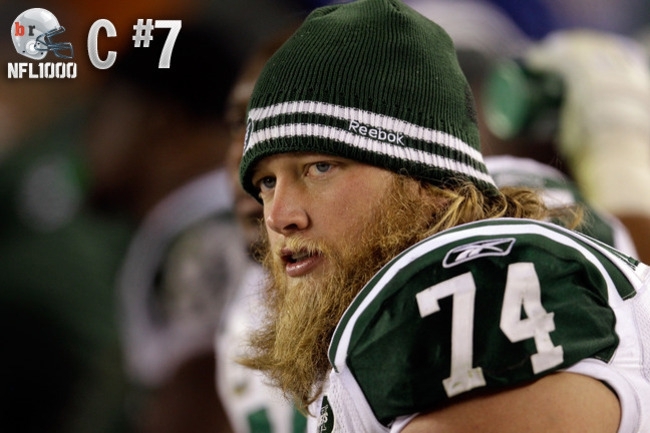 0
7. Nick Mangold, New York Jets - One of the best centers in the NFL over the last five seasons, Mangold saw a few more problems this year due to poor guard play around him. Without that help on each side, Mangold was asked to do more on his own, which really isn’t his game. 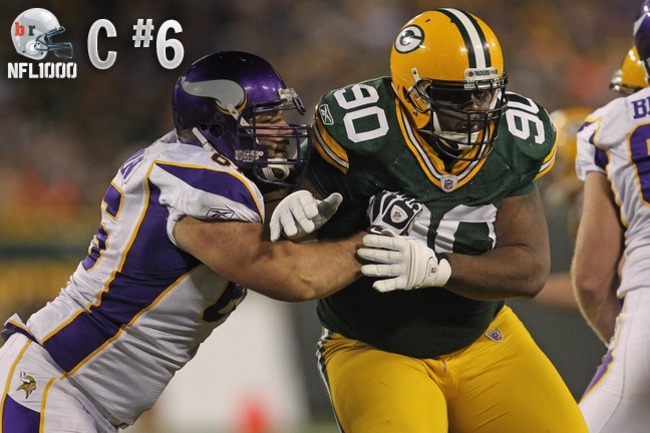 0
6. John Sullivan, Minnesota Vikings - Sullivan was rated the best center in the NFL last season by Pro Football Focus, but from a pure scouting standpoint, some issues in strength and one-on-one blocking kept him from the top spot for us. That said, he had a very fine season. 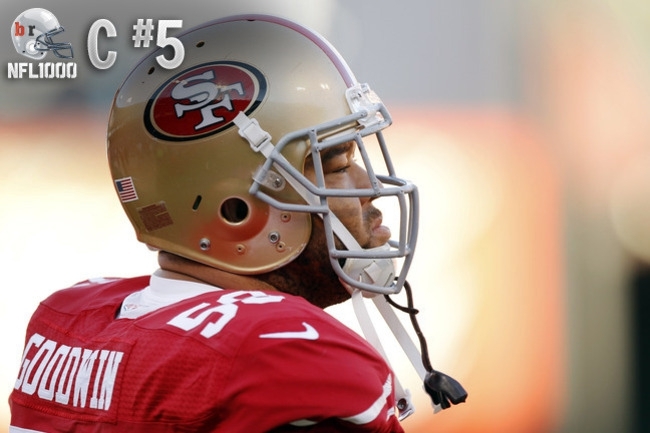 0
5. Jonathan Goodwin, San Francisco 49ers - In an offensive scheme built on personal responsibility up front, Goodwin was one of most well-rounded centers in the NFL. While he is aging (34 years old), he proved in 2012 that he has enough left in the tank to anchor the 49ers line. 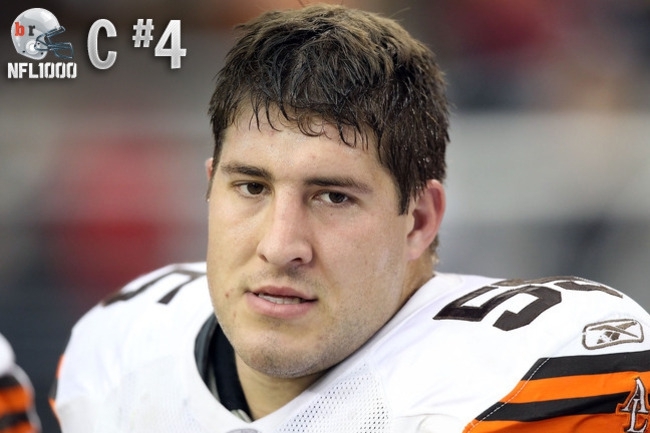 0
4. Alex Mack, Cleveland Browns - Mack is truly one of the most fun players to watch at the position. And based on scouting technique, he could make a case for the best player at the position. Cleaning up some issues in the run game would put him atop the list of the NFL’s best centers. 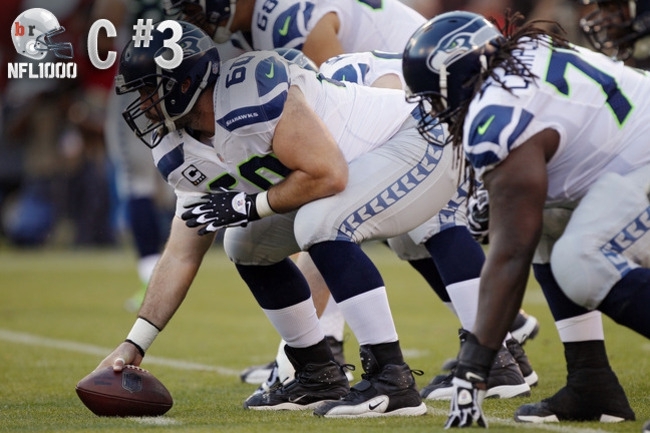 0
3. Max Unger, Seattle Seahawks - One of the best run-blocking centers our team graded this year, Unger does need to get better in the passing game, but the talent is there. He’s a versatile, strong center who fits the moving-line philosophy that the Seahawks use so well to fuel the run game. 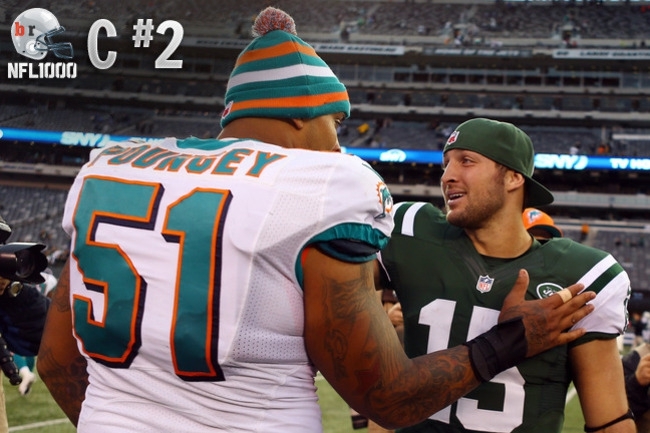 0
2. Mike Pouncey, Miami Dolphins - One of the most complete centers in the NFL, Pouncey does a great job for the Dolphins no matter the down or distance. For him to take the next step and become an elite player, all he needs is more time and more experience. 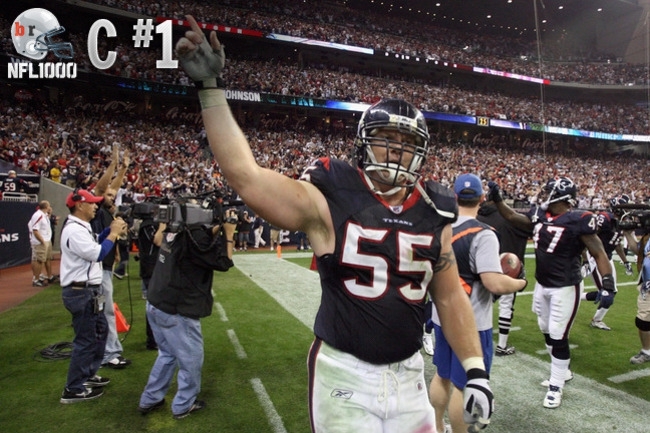 0
1. Chris Myers, Houston Texans - Myers isn’t the biggest guy at 290 pounds, but he makes up for that with excellent quickness and vision. As the best center in the NFL during the 2012 season, Myers is a key cog in the Houston Texans offense.