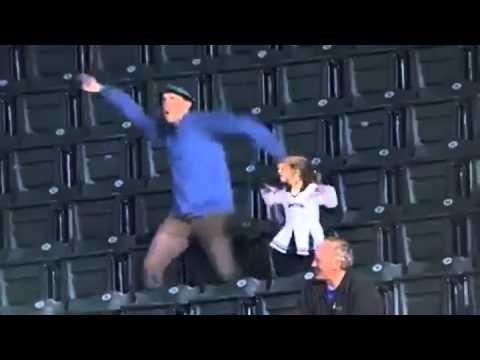 This dad might be having a little too much fun. Luckily for him his kids don't die from embarrassment but actually join in on the crazy dancing. This dad was filmed during a Seattle Mariners baseball game and he pulled out all of the old moves. He gave other fans something to watch with his great dance moves. Check out this dancing dad and other great crazy fan dances from sports games.

Dad Dancing With Kids At Stadium