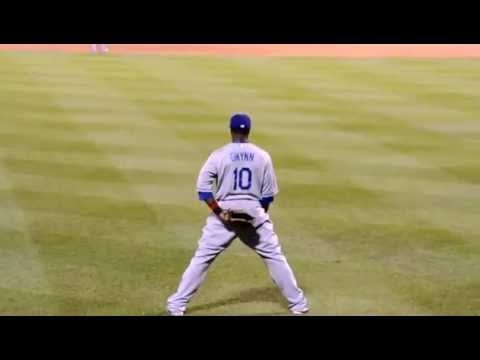 Tony Gwynn Jr. of the LA Dodgers might have just have stopped all baseball hecklers dead in their tracks. Tony response to an embarrassing heckler proves that fighting fire with fire works. While standing out by himself in right field Tony Gwynn Jr. found himself getting yelled at by a Colorado Rockies fan. This is typical when you are the visiting team but this time Tony decided to have a little fun with the heckler fan. Watch as Tony Gwynn Jr. takes down this loudmouth with a hilarious show.