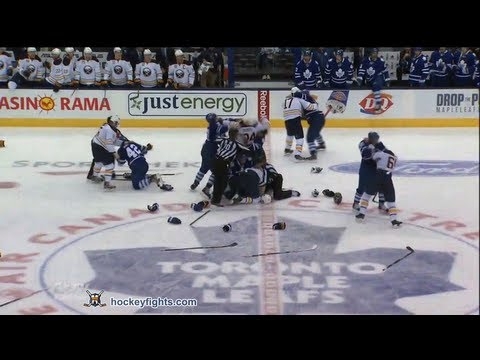 The Buffalo Sabres & Toronto Maple Leafs Had A 5-Minute Brawl

We can all enjoy a five-minute hockey brawl, can’t we? During last night’s game, the Buffalo Sabres and the Toronto Maple Leafs decided to just punch each other as much as possible, starting a team-wide brawl that involved a goaltender battle, John Scott trying to fight the entire Maple Leafs bench and at least one instance of a guy trying to break another guy’s legs with a hockey stick. Here’s the clip, followed by a short breakdown: 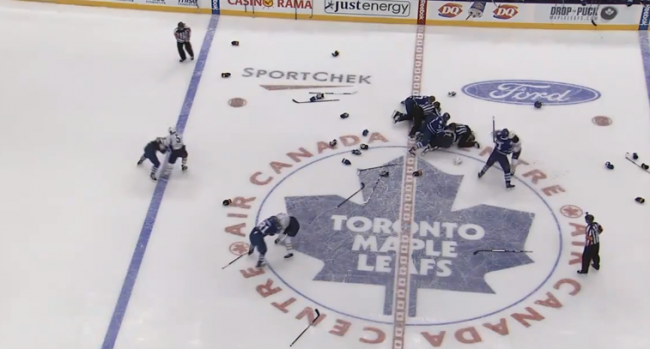 0
1. Every good gang battle starts with somebody flinching. It’s especially fun on the replay, when John Scott kinda skates up beside Phil Kessel and motions like he’s gonna hit him, Kessel pulls a, “now? Now? OKAY NOW” sorta move and the second they touch, it’s on. Every time I post a hockey fight I get a lesson in the comments section about how X kind of fight means Y and has Z reverence for hockey history or whatever, so I’ll move quickly to … 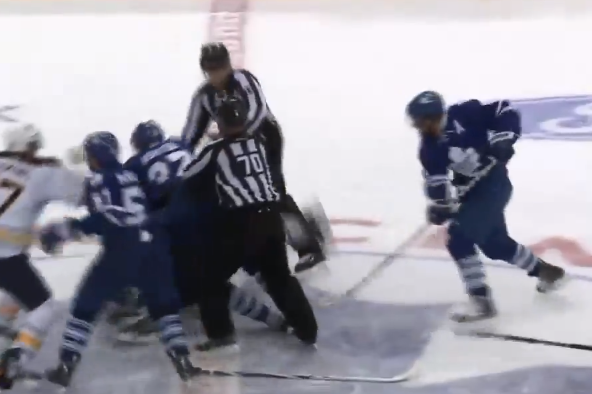 0
2. He’s a lumberjack and he’s okay.
Phil Kessel trying to take out Scott’s legs with his stick while he’s being held by other players is the true highlight of this, mostly because of the funny “he’s good and Scott isn’t, he should be able to do anything he wants!” argument going around today. Personally I don’t have any problem with it, because I’m of that Happy Gilmore school of thought that says hockey players should use all that armor and weaponry they carry around to their advantage. Go full Mutant League on them, take off your skate and try to stab somebody. 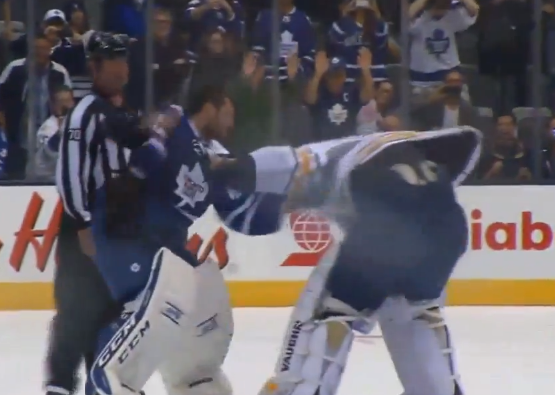 Kessel should’ve skated over and started hacking Miller in the face to add insult to injury. 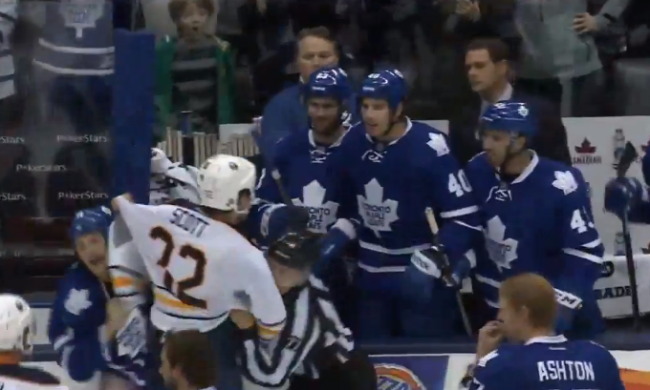 0
4. Bench challenges are the greatest.

Already been held while somebody attacked you with a stick? Go challenge EVERYONE THOSE PEOPLE KNOW. That’ll end well for you.


5. I think Santa Claus is doing commentary on this.

Nothing makes a hockey brawl more enjoyable than a guy going OH HO HO HO HO! over it. He might as well be holding his belly and smoking a pipe while he watches the game.