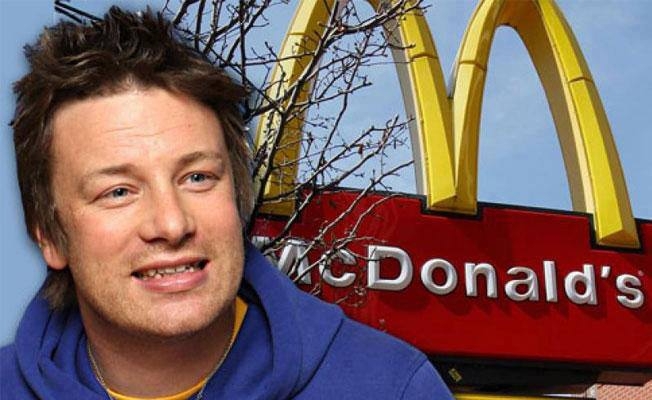 Those Golden Arches are looking a little pink sluggish lately after Jamie Oliver, Food Revolution, proved that McDonald's meat recipe is deemed "Unfit for Human Conception". Several years of interviews, tv-shows and demonstrations to help the public. Ammonia/ammonium hydroxide is one of a number of processing aids used with meat and poultry in order to ensure the safety of these foods before they are delivered to consumers. -BPI Oliver demonstrates in video below, where our meat comes from and a similar process McDonald's uses to hamburger patty. The "beef filler" otherwise coined as "shit" in the industry is doused with Ammonium Hydroxide and then put through what seems like a washing machine to create a "Pink Slime". McDonald's in the US has now changed its meat recipe as of 2011 and says it will be out of the system in August of that year. McDonalds doesn't have a world wide standard as Arcos Dorados, McDonalds in Latin America, explains "such a procedure is not practiced in their region." Similar production of "pink slim" does not apply to the product in Ireland and the UK, where they use meat from local suppliers. Other US companies such as Burger King a Taco Bell have already "abandoned" this washing meat process. On http://www.beefproducts.com/ammonium_hydroxide.php, "This is really nothing new. In fact, the presence or use of ammonia in foods has been studied for years." McDonald's Changes their Recipe after deemed UNFIT for Consumption