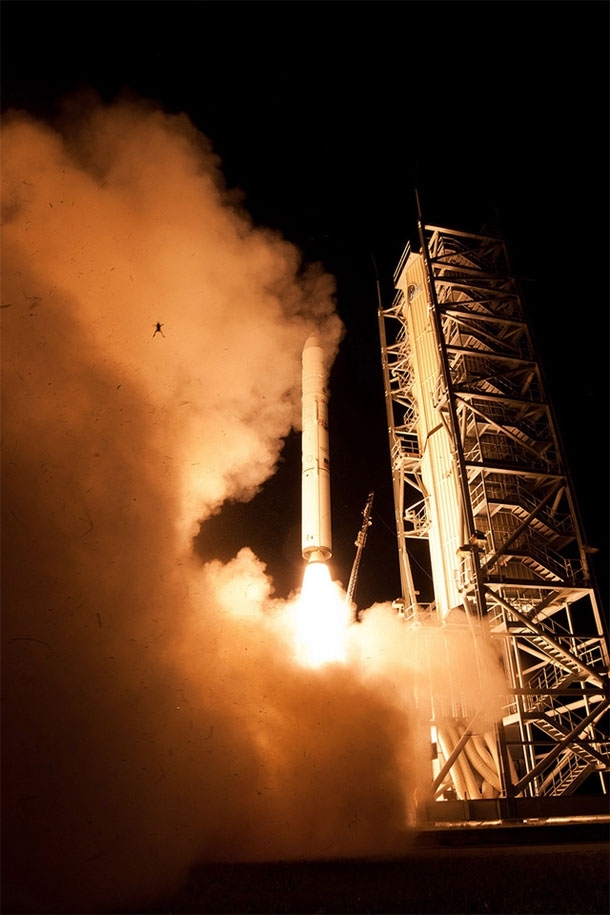 18 sep 2013 12:35
Tags: artistic   funny-crazy-wtf-people   interesting   music   random   silly   weird
1565
2
NASA is noted for its incredible photography of space, earth and our farthest reaches of the known Universe.
They’re less known for Photobombing.
But that’s exactly what happened on Sept 7th when the Lunar Atmosphere & Dust Environment Explorer (known as LADEE) was launched into the stars above. During a photograph of its launch, the NASA team amazingly captured a small frog in amongst the furore. It was either innocently sitting on the shuttle itself or on the ground nearby – either way it must have had quite a shock!
The result is a tiny silhouette of a frog being blasted some 30ft in the air, engulfed in smokey exhaust of the shuttle. NASA has since confirmed the image is in fact real (no Photoshopping of Kermit going on here) before awkwardly adding “the condition of the frog, however, is uncertain.” 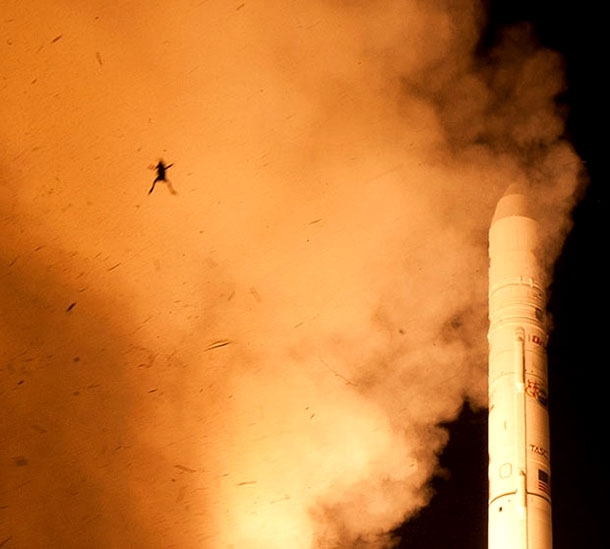