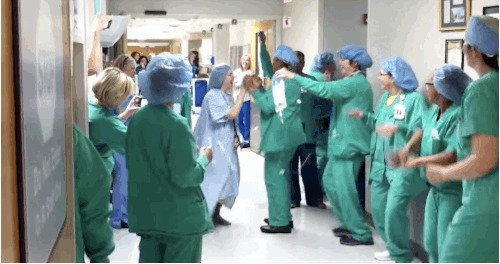 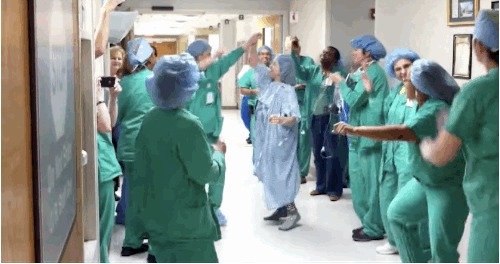 But when it came time to have surgery Norris seemed anything but despondent over the prospect of losing both of her breasts, as the staff at Brooke Galimore at Piedmont Henry Hospital in Stockbridge, Ga. hosted a raucous dance party for her. 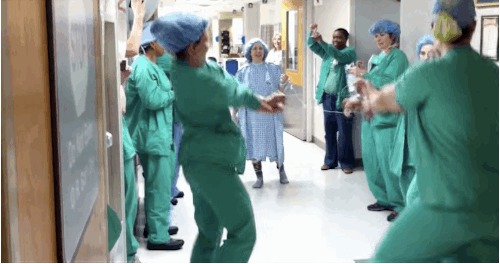 Norris told her surgeon she was inspired by a similar video of a patient dancing with her operation team that made waves last year. 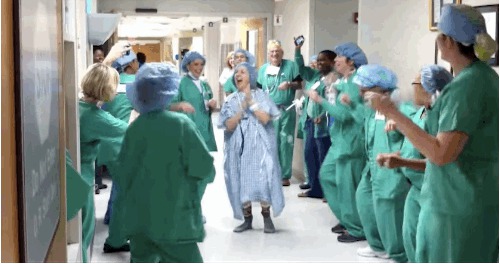 When her surgeon asked her what kind of music she wanted to break it down to, Norris said Psy’s “Gangnam Style,” and plenty joined in the emotional moment.
After having surgery last week, Norris is now cancer-free.