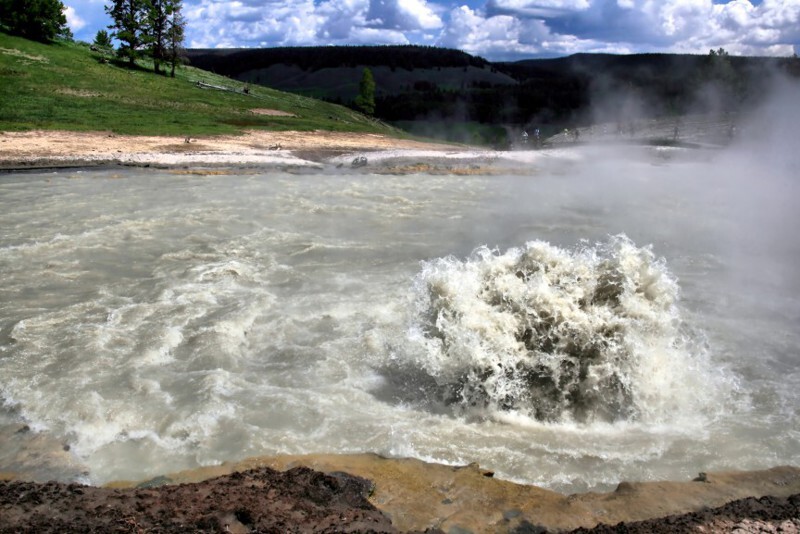 9 Of The Most Dangerous Lakes On Earth

15 jul 2015 09:26
Tags: dangerous   lake
15
9
Few things are more inviting or soothing than fresh lake water. Wading in the cool water at the shore delights young and old alike and the thrill of diving into deep, calm water and gracefully rising to the surface is unmatchable. But like many beautiful, enticing gifts of nature, a number of lakes around the world pose lethal danger. The risks don’t come from creatures lurking in the shadows of the perimeters but from gases and radiation, sometimes caused by human error, but mostly the result of Mother Nature’s less than nurturing alter ego. 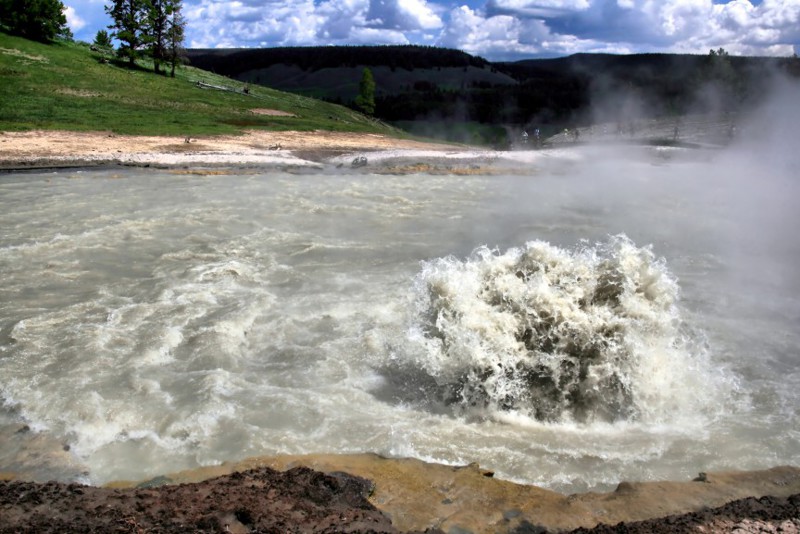 0
Смотреть все фото в галерее
The name says it all. Located in Dominica, a lovely Caribbean island, this lake is actually the second largest natural hot spring on earth. The “cool” outer edges maintain temperatures between 180 and 197 degrees Fahrenheit; not one person has had the curiosity – or nerve – to measure the temperature in the center of the lake where photographs show the water actually boiling. The temp can’t be controlled because it’s the result of a crack in the lake bed through which molten lava escapes. 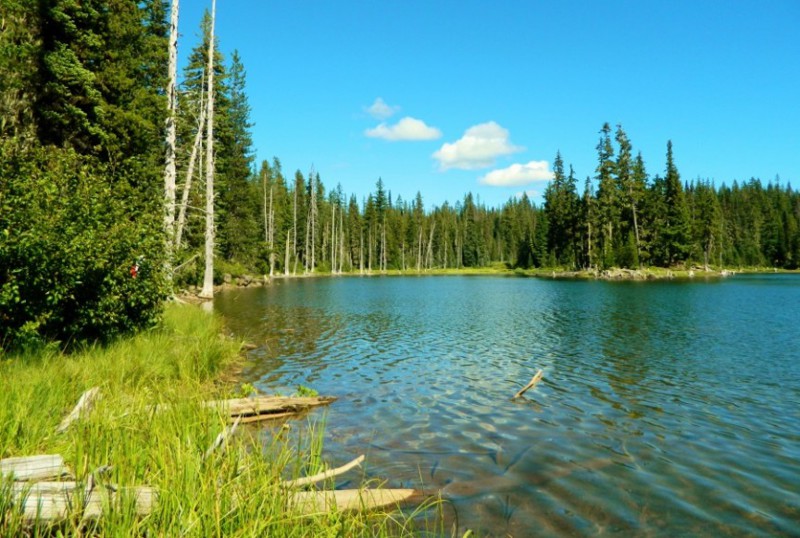 0
Despite its folksy name, Horseshoe Lake, located near the City of Mammoth Lakes, is an eerily silent killer. The City of Mammoth Lakes was built on top of an active volcano, probably not the best urban planning, and for years Horseshoe Lake was considered harmless. But around 20 years ago, the trees around the lake abruptly started to shrivel up and die. After ruling out all possible diseases, scientists determined the trees were choking on excessive levels of carbon dioxide oozing up through the earth from subterranean chambers of cooling magma. In 2006, three people took shelter in a cave near Horseshoe Lake and died from the high volume of carbon dioxide in the cavern. 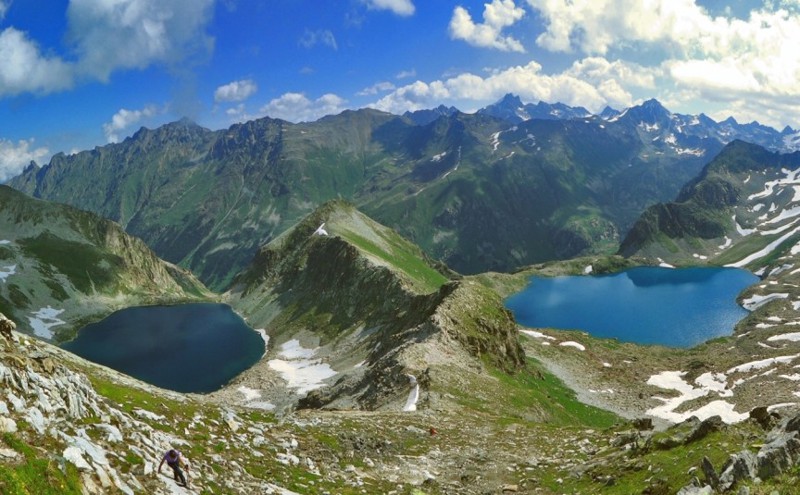 0
Situated in the stunning Ural Mountains of western Russia, this deep blue lake is one of the most deadly bodies of water in the world. During a secret government project, the Russian government used it as a dumping ground for radioactive waste for decades, starting in 1951. It’s so toxic that a 5-minute visit can give a human a dose of radioactive dust that could kill them; a longer visit of an hour or so is guaranteed to be lethal. During a drought in 1961, wind carried toxic dust that irradiated 500,000 people, a tragedy compared to the atomic bomb dropped on Hiroshima. 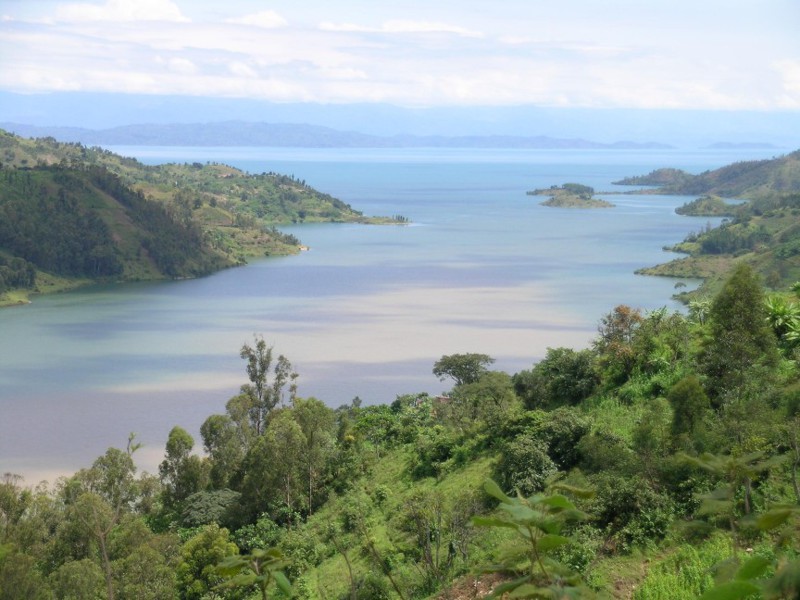 0
Not only does this lake, which sits on the border between the Democratic Republic of the Congo and Rwanda, have layers of carbon dioxide in its bed of volcanic rock, it also has 55 billion cubic meters of methane generated by the bacteria on the lake bottom. This deadly combination makes Lake Kivu the deadliest of three exploding lakes in the world. If an earthquake or volcanic activity agitates the lake, it would pose a lethal risk to the 2 million people who reside in the Lake Kivu basin, who would either die from methane explosions or overpowering carbon dioxide gas. 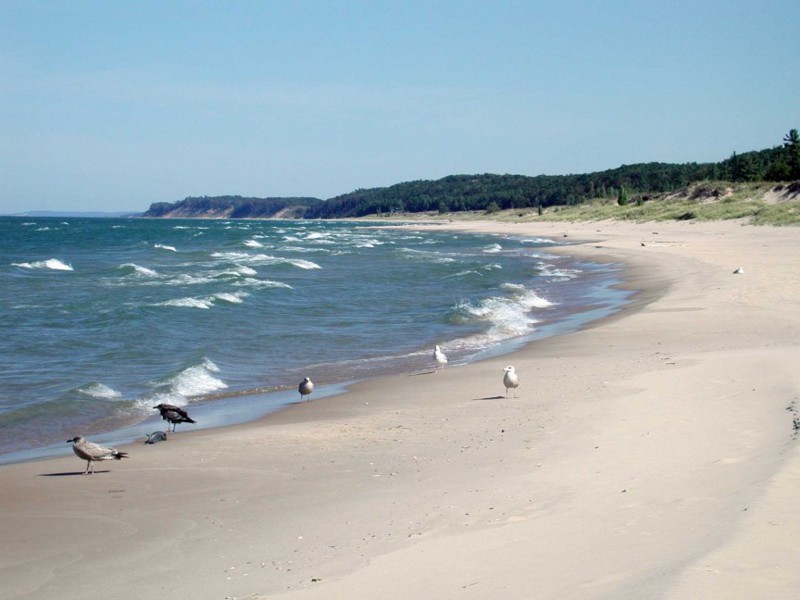 0
Of the five Great Lakes on the Canada-United States border, Lake Michigan consistently leads the pack as the most deadly of the group. The warm, inviting lake is a popular swimming spot for both locals and visitors, despite its reputation of massive undercurrents that claim at least a few lives every year. The shape of Lake Michigan makes it particularly prone to dangerous rip currents and the piers and docks magnify the current problem, causing death and injuries. The lake becomes more lethal in the fall months of October and November when sudden and significant changes in the air and water temperatures increase the spontaneity and strength of the currents and waves. 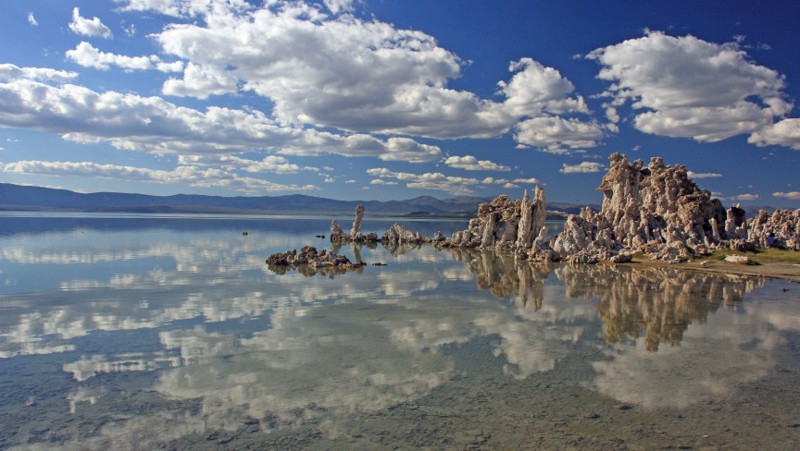 0
Once hailed as one of the world’s most exceptional and prolific ecosystems, Mono Lake, located in Mono County, California, is an ancient saline lake. The lake had no fish, but trillions of brine shrimp and alkali flies thrived in its unique waters. Up until 1941, this strikingly beautiful lake was healthy and strong. But then Los Angeles, which was just beginning a giant growth spurt, drained the Mono Basin streams to keep its businesses and growing citizenry hydrated. This scandalous mishandling of natural resources went on for almost 50 years and when it was halted in 1990, Mono Lake had lost half its volume, its salinity had doubled, and became a toxic alkaline lake teeming with carbonates, chlorides and sulfates. A committee was formed to compel Los Angeles to right its wrong but the restoration project will take decades to complete. 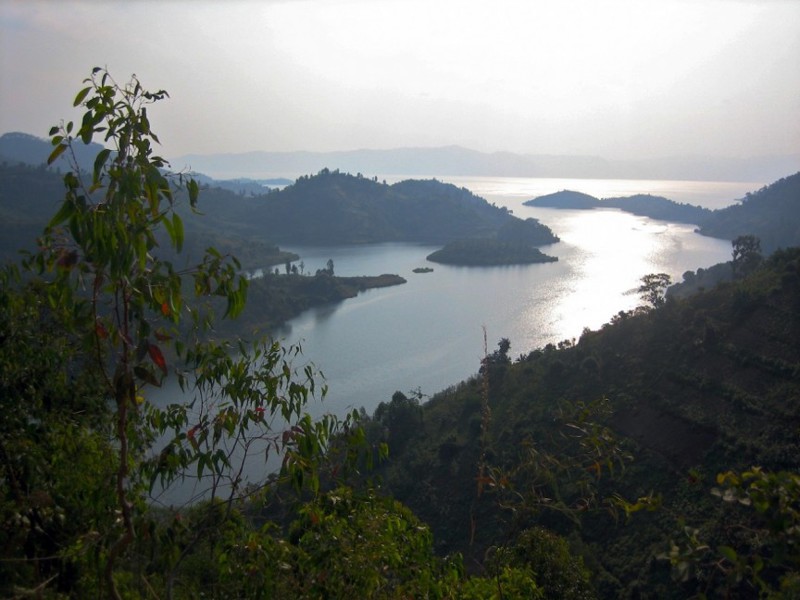 0
Located in the Oku Volcanic Field in Cameroon, Lake Monoun appears to be a normal body of water. But its looks are deceiving as it’s one of only three lakes on earth that has exploded without warning in a limnic eruption, which produced a noxious cloud of carbon dioxide that killed 37 people in 1984. Twelve of the fatalities were riding in a truck that stalled and when they exited the truck to investigate, the lethal gas killed them. 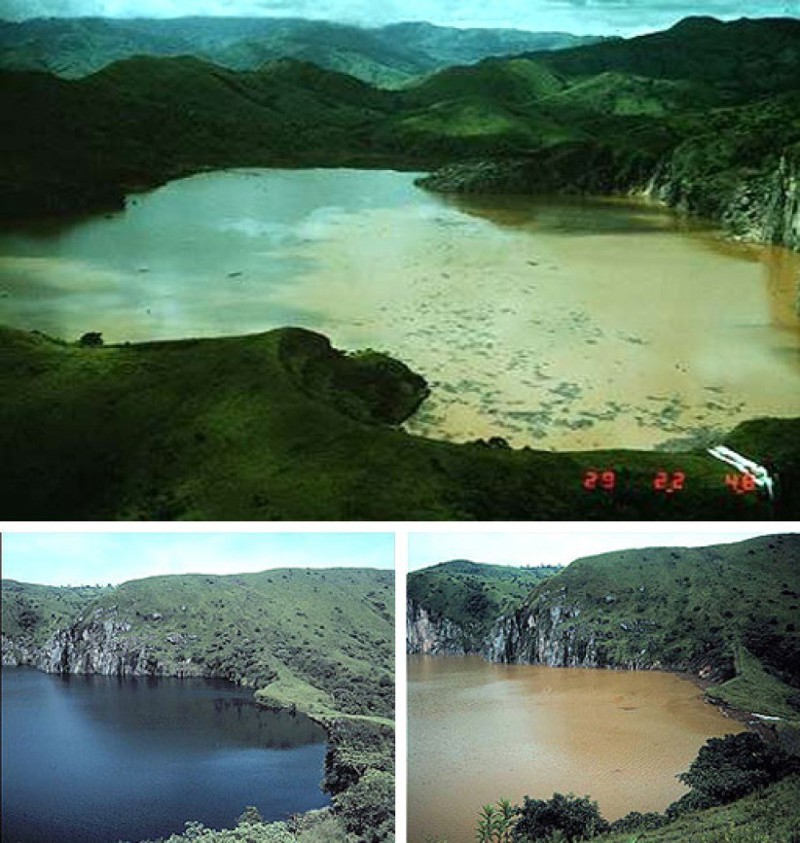 0
In 1986, Lake Nyos, just 62 miles from Lake Monoun, exploded after a pocket of magma on the lakebed leaked carbon dioxide into the water, transforming it into carbonic acid. Dramatic earth movement, possibly set off by a landslide, abruptly emitted a giant cloud of carbon dioxide from the lake, killing thousands of people and animals in local towns and villages. The tragedy was the first known massive asphyxiation triggered by a natural event. The lake continues to pose a menace because its natural wall is fragile and even the slightest tremor could destroy it. If the water from Lake Nyos flowed free, it could destroy many villages on the path to Nigeria.

Lake of the Ozarks 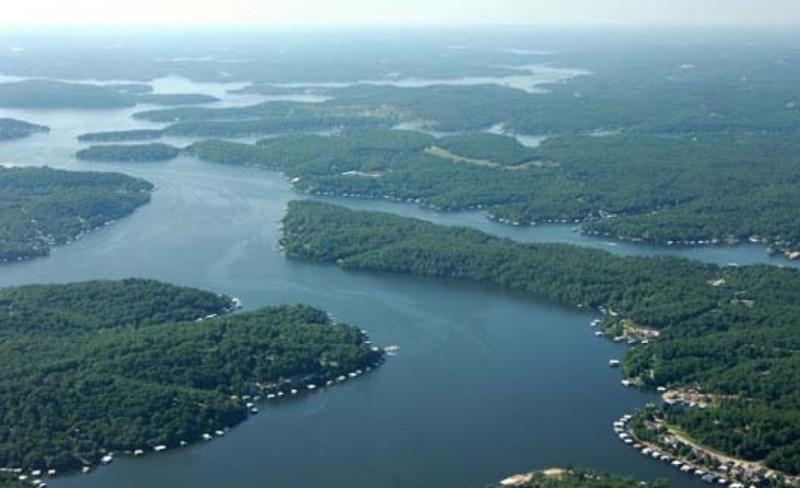 0
Although the Lake of the Ozarks sounds like it would be a serene retreat with cool breezes and chirping birds, it is quite the opposite. With no one policing the activities, big racing boats and cruisers battle over territory and pose deadly threats to smaller boats, creating a raucous, daredevil environment. The crashing waves and wakes create even more dangerous scenarios. To make matters worse, elevated levels of ecoli have been discovered there, partly due to a local restaurant at the 7 mile marker dumping raw sewage into the lake. Lake of the Ozarks is typically ranked the third most dangerous waterway in America, bested (or worsted) only by the Atlantic Ocean and Colorado River. 10 Lethal Animals You Hope To Never See In Real Life Magical Photos Of Siberian Huskies Playing On A Frozen Lake The world’s most dangerous snakes Spectacular Sunrise At Lake Bled In Slovenia
We need to be sure you are not a bot. Type the characters you see in the picture below.
Обновить