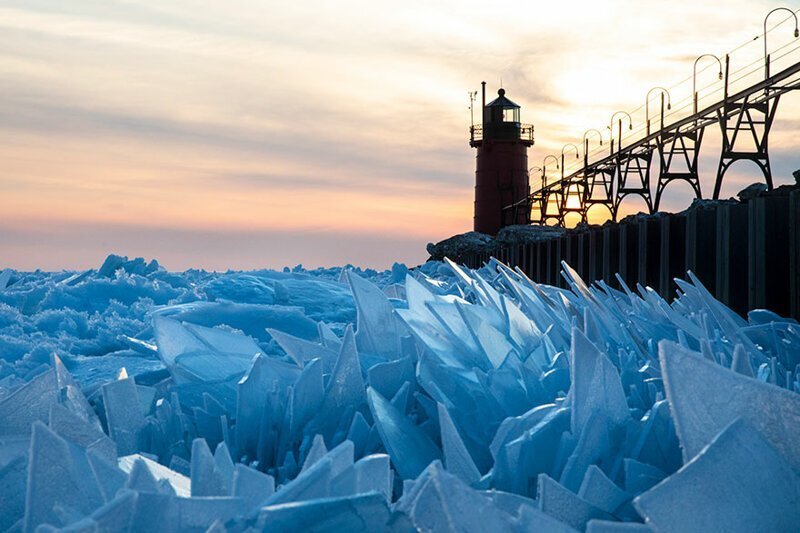 22 mar 2019 09:53
Tags: Michigan   crash   frozen   ice   lake   piece   pile
0
13
The polar vortex has kept Lake Michigan frozen for the most part of winter. For example, in Chicago, Illinois, temperatures reached -30C (-23F) during the peak of the cold, causing ice shelves to form on the lake – hills formed from waves crashing over existing ice piles. But everything eventually comes to an end. Spring is bringing warmer weather to the area, destroying the ice and transforming the region into a magical wonderland. 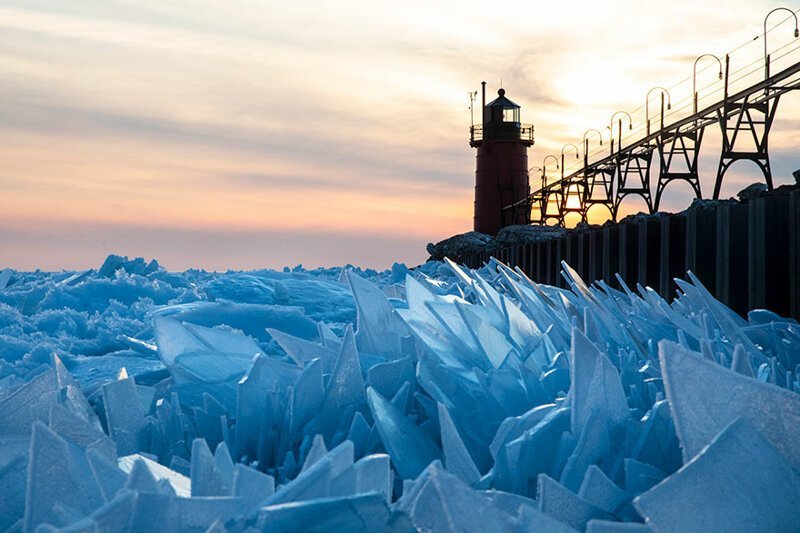 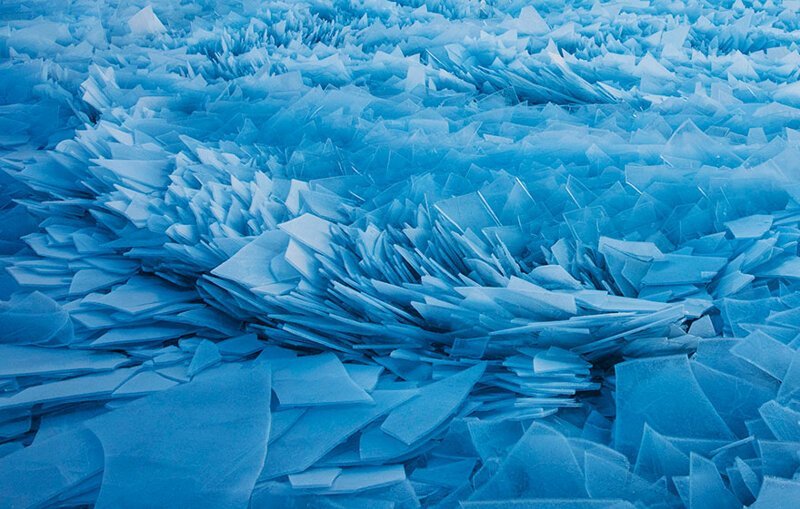 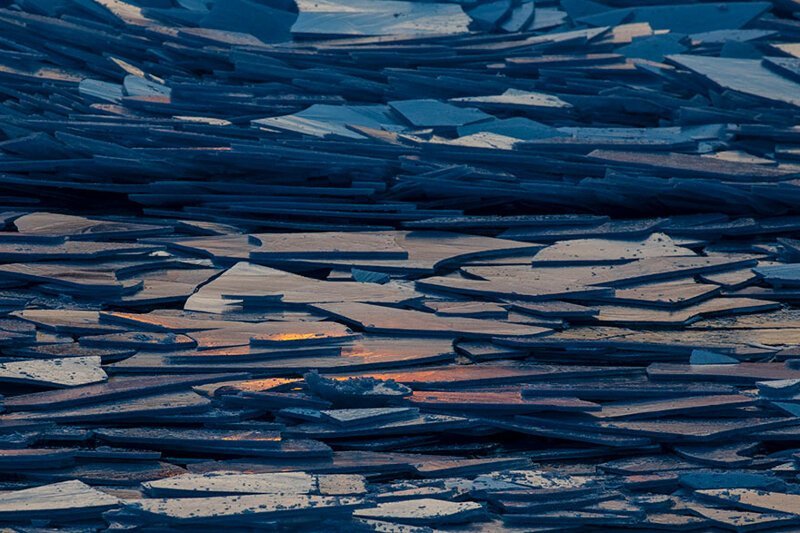 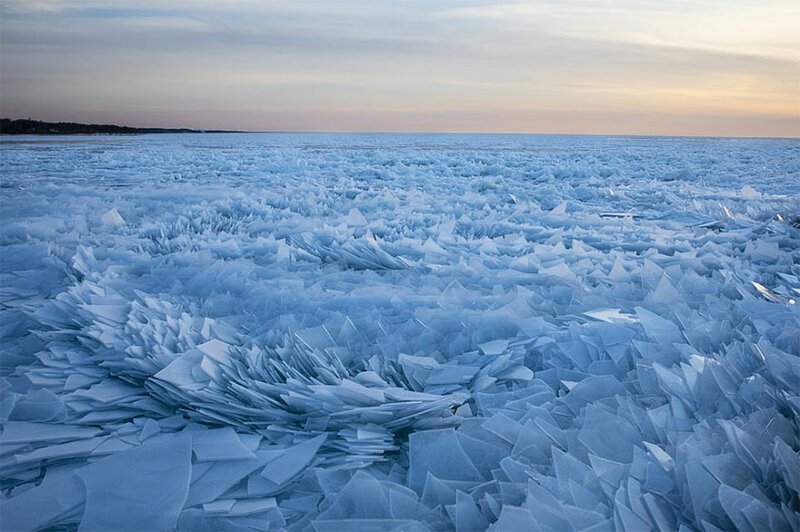 Moving water underneath the ice is pushing the sheets to the surface, shattering them into mesmerizing patterns, visible along South Haven’s pier. But as much as people want to capture this beautiful phenomenon in photos, the US Coast Guard has warned that the ice should only be viewed from afar, as it is dangerous to stand or walk on the unstable surface. “No ice is safe ice especially this time of year,” US Coast Guard BMC Grant Heffner told MLive. “The ice is certainly deteriorating and breaking up.” 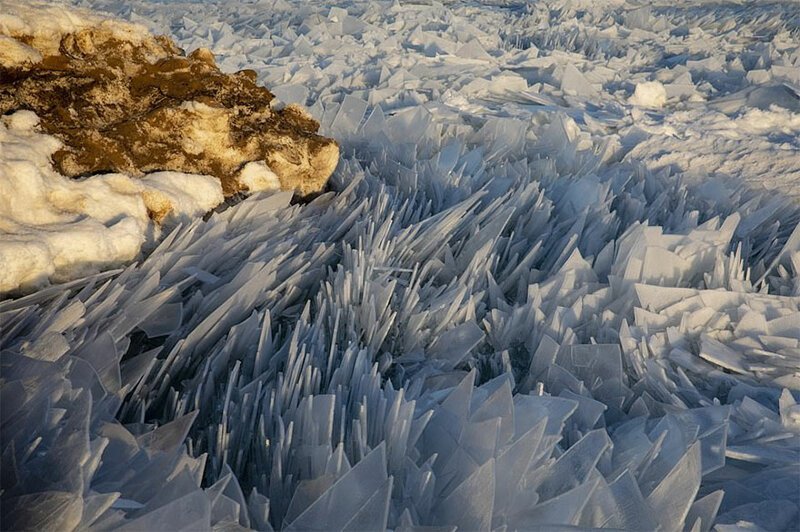 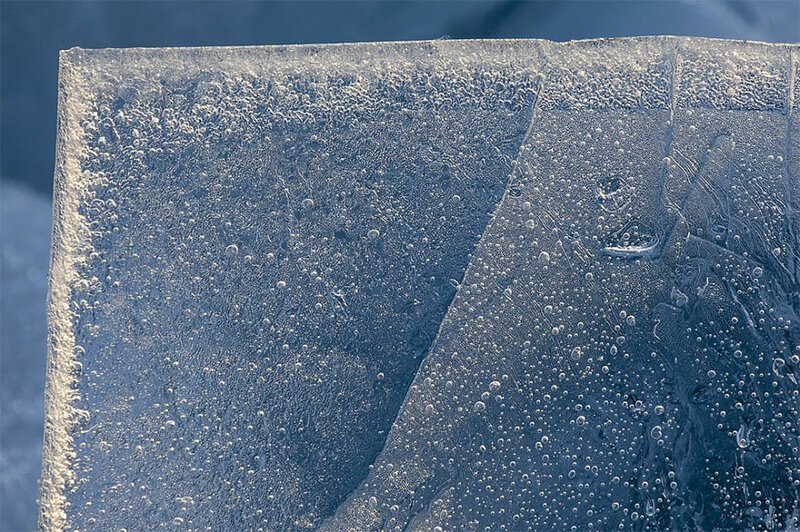 This isn’t the first time when Mother Nature is toying with Lake Michigan. Photographers have been following the site for years. 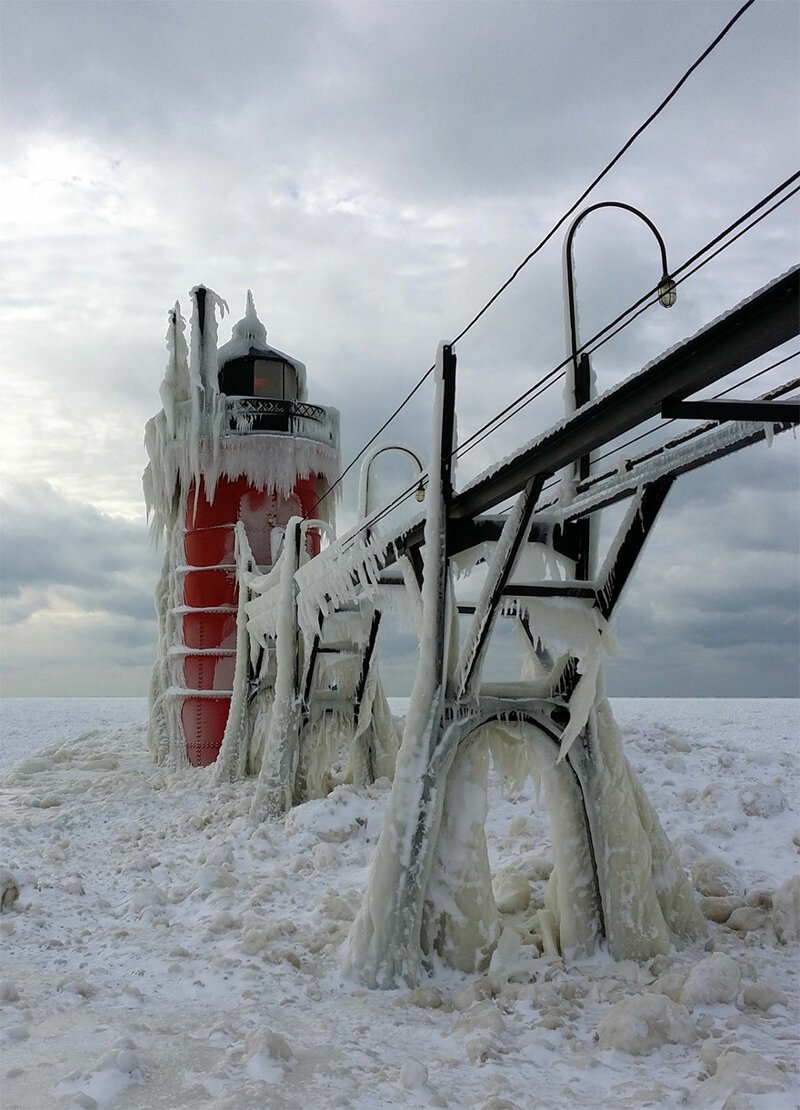 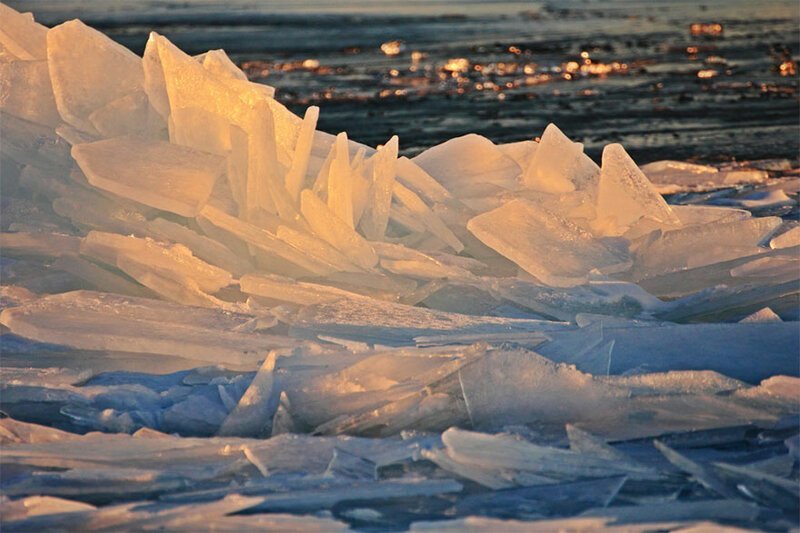 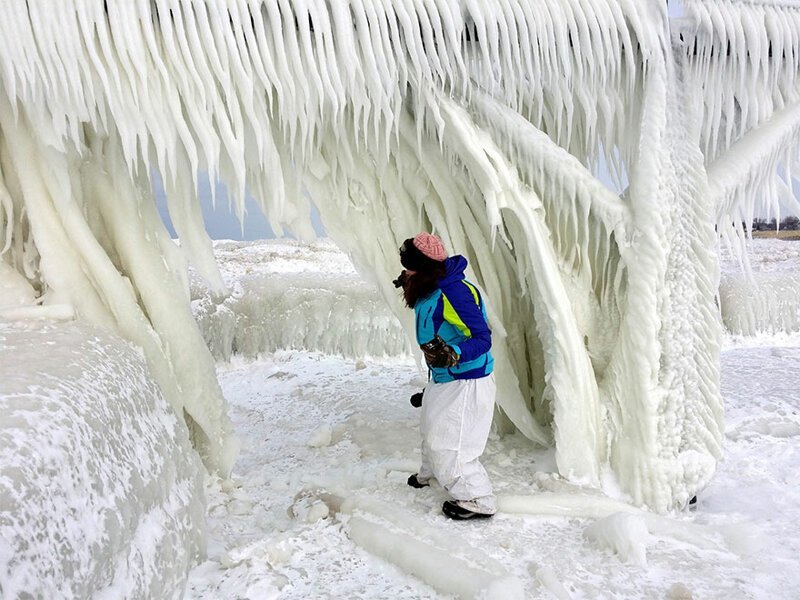 Lake Michigan is one of the five Great Lakes of North America and the only one located entirely within the United States. The other four Great Lakes are shared by the U.S. and Canada. It is the second-biggest of the Great Lakes by volume (1,180 cu mi or 4,900 km3) and the third-largest by surface area (22,404 sq mi or 58,030 km2), after Lake Superior and Lake Huron. 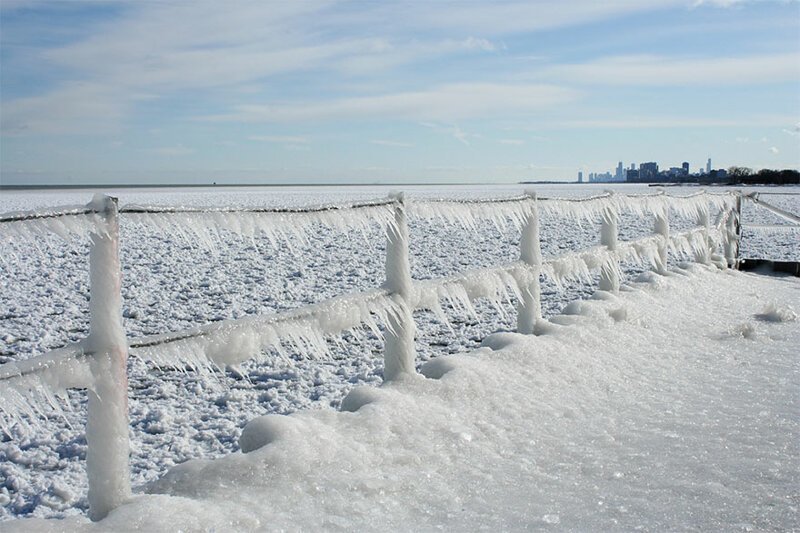 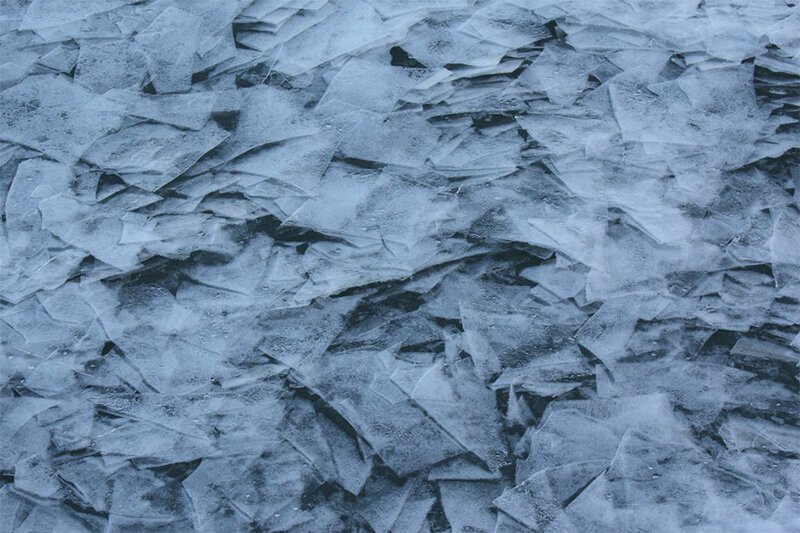 Some of the earliest people that lived in the region were the Hopewell Indians. Their culture declined after 800 AD, and for the next few hundred years, the area was the home of peoples known as the Late Woodland Indians. Now, about twelve million people live along Lake Michigan’s shores, mainly in the Chicago and Milwaukee metropolitan areas. 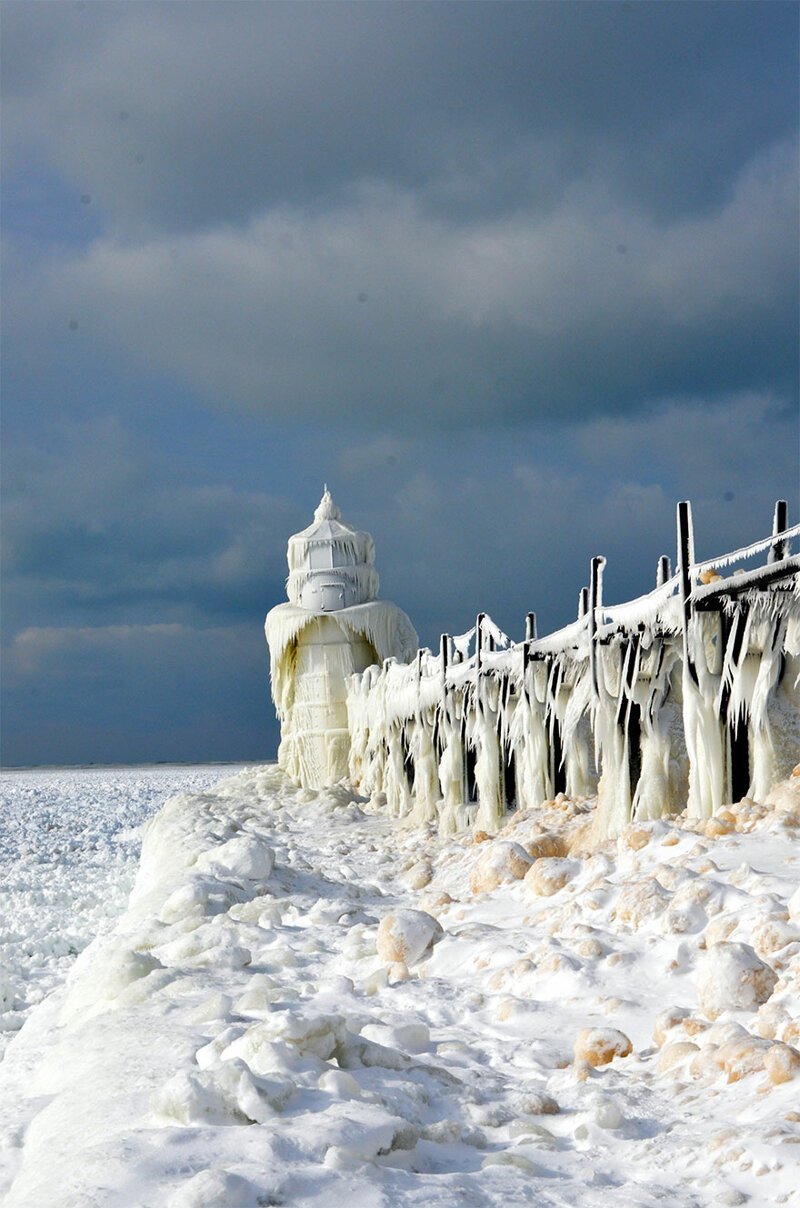 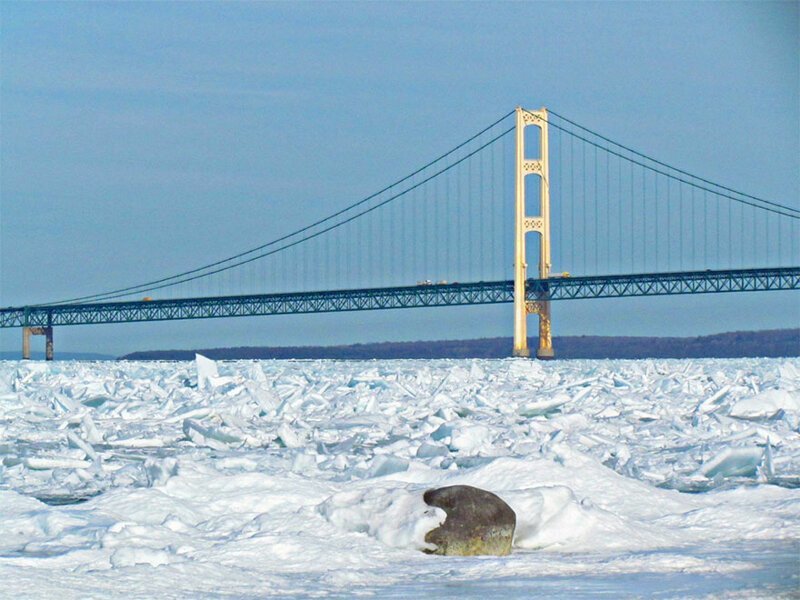 Cat Frozen In Snow Makes Miraculous Recovery After Veterinarians Spend Hours Fighting For Her Life
We need to be sure you are not a bot. Type the characters you see in the picture below.
Обновить