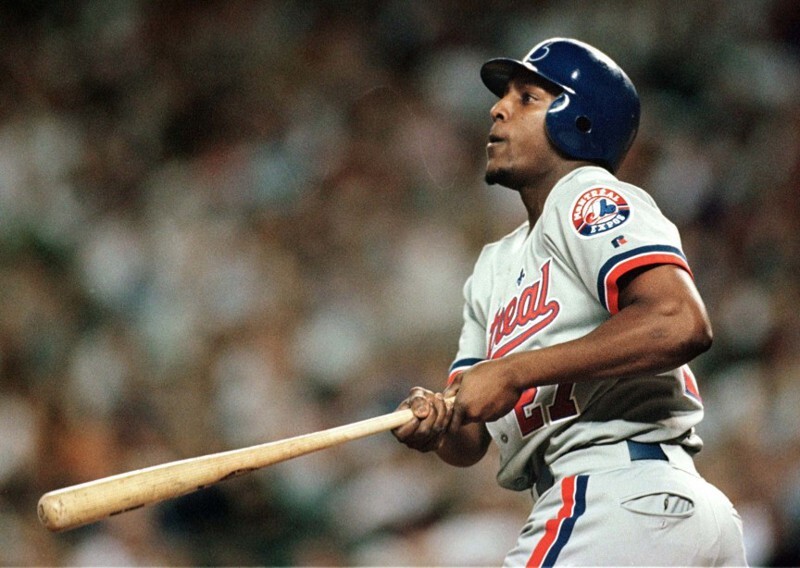 10 Professional Athletes With The Most Kids And Baby Mamas

17 sep 2015 12:52
Tags: athlete   baby
15
10
Being a professional athlete is an extraordinary accomplishment. With new money comes many perks. Amazing cars, homes, jewelry, everything and anything they can afford. And with the money and parties comes the women. Now athletes certainly are not innocent when it comes to partying and their desire to sleep around. And just to give you an idea of how much trouble they can get into and how extreme it can be, six babies with six different women doesn’t even crack our top 10! 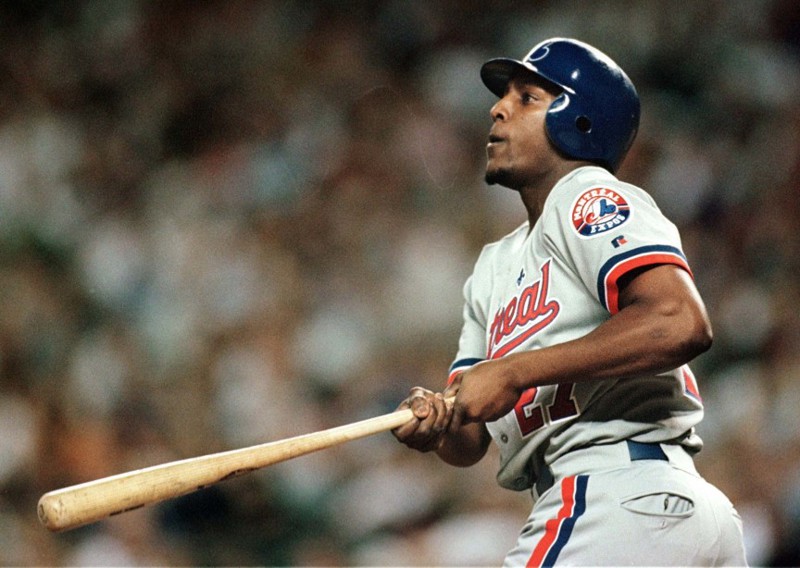 0
Смотреть все фото в галерее
Vladimir Guerrero was known for a variety of things. First, the former Major League Baseball player was a key member of the Montreal Expos for a number of years. The right fielder had a cannon for an arm and could gun down any runners trying to snag an extra base. At the plate, he was known as one of the best bad-ball hitters in the game. At the same time, Guerrero also had 8 children with 5 different women. Guerrero could stop any baserunner in their tracks, but apparently, nobody could stop him from procreating. That’s a lot of kids and a lot of baby mamas to deal with on Christmas. 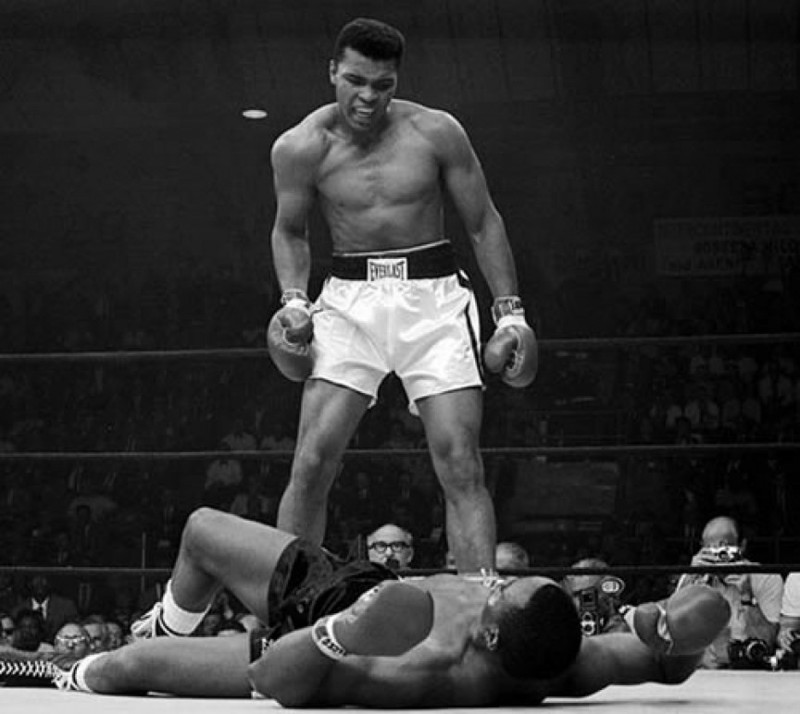 0
Muhammad Ali is one of (if not the greatest) boxers in the history of the sport. He had a storied career that saw him reach worldwide celebrity status for his political stance during war and intense racial confrontations. Ali fought all over the world and won an epic underdog battle against George Foreman in“The Rumble in the Jungle” in Zaire. The legendary boxer wasn’t only a legend inside the ring. He was a man who loved women and ended up getting married four times in all. With a stat line of 9 kids and 5 baby mamas, the champ isn’t number one on our list but does come in at the 9 spot. 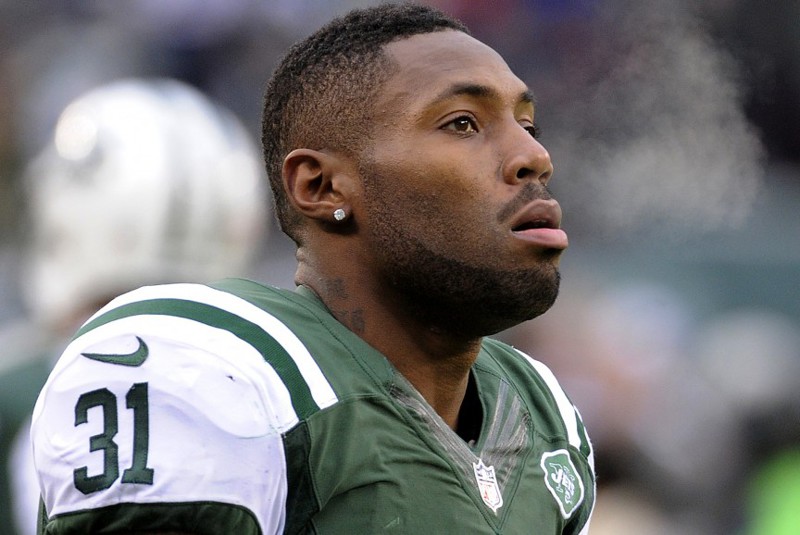 0
Antonio Cromartie plays in one of the greatest cities in the world, New York. The New York Jets player is currently in his second stint with the team. Drafted by the Chargers in 2006, Cromartie is regarded as one of the premiere cornerbacks in the NFL. He sticks tight to wide-outs and delivers big blows on the field. However, off the field, Cromartie has had some big issues. Thus far, he has fathered 12 kids with 9 different women. In fact, things got so bad for him, the New York Jets in 2010 gave Cromartie a $500,000 advance to help him pay his child support bills. You know it’s bad when you have to ask your employer for some upfront cash to pay back-child support. As active as Cromartie is on the field, it pales in comparison to how active he has been off it 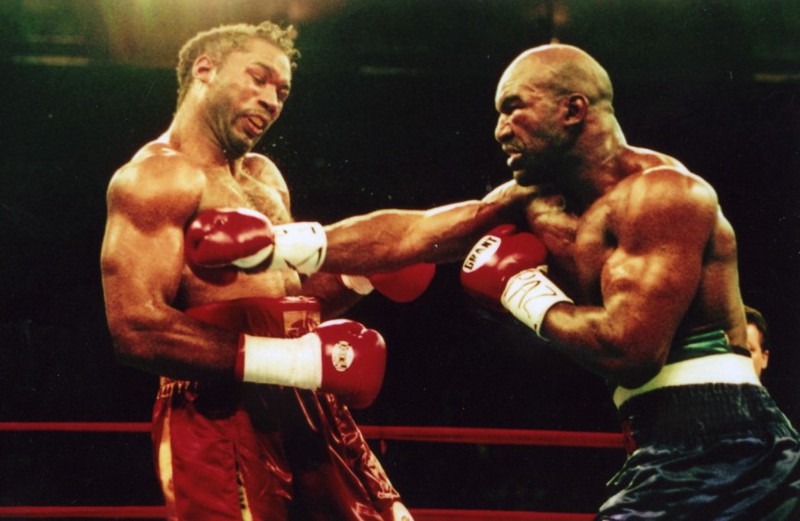 0
Evander Holyfield was known as “The Real Deal” inside the boxing ring. In addition to that nickname, “The Warrior” as he was also often referred to, battled with every ounce of his will in all of his fights. He moved up weight classes and won championships at many different levels. He was a fan favorite for his relentless never say die mentality in the ring. He most famously squared off against Mike Tyson at the MGM Grand where he lost a piece of his ear. Tyson may have gnawed on Holyfield inside the ring, but outside, it was the ladies that were all over “The Real Deal.” Holyfield is running with a total of at least 11 kids with 8 baby mamas. Holyfield, a shell of himself inside the ring, has remained in boxing far too long, in part, to help with the demand for child support from all the kids he had with all the different women. 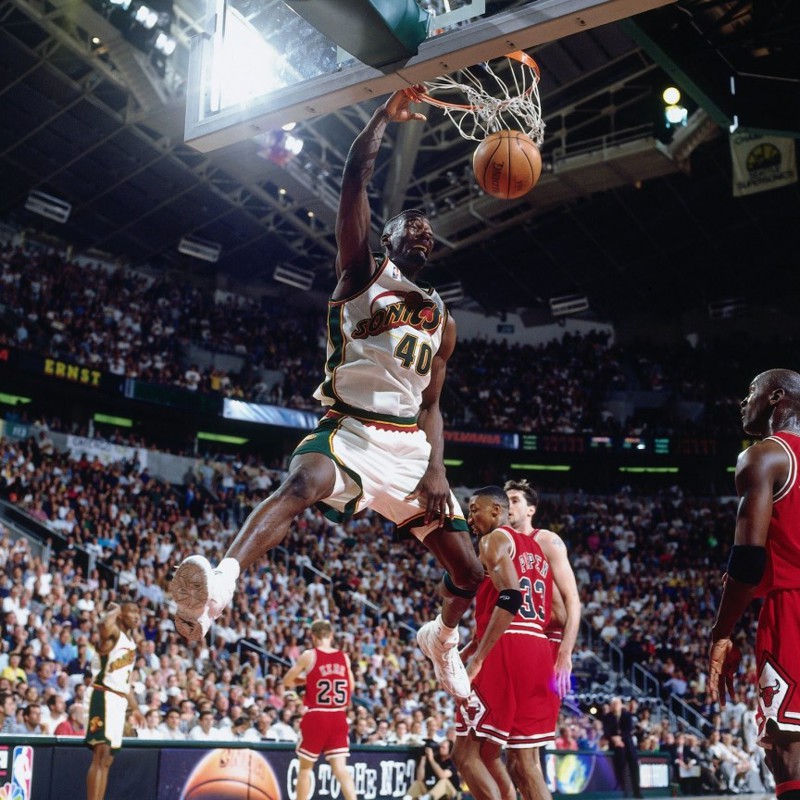 0
The city of Seattle is still hurting from the departure of their hometown Seattle Supersonics, now known as the Oklahoma City Thunder. Kemp played for the Supersonics during their glory days. He and Gary Payton comprised a lethal one-two punch that kept the team competitive each and every season. Kemp got the nickname “Reign Man” for his physical play by the basket and his ability to dunk the ball with ferocity. However, Kemp made it rain in other ways off the court. By the age of 28, he had fathered 7 children with 6 different women (at least). There have been rumors of possibly more children and baby mamas around. But we have a confirmed 7/6 split. We were more used to his 20 and 10 splits for scoring and rebounding. Guess he still has a ways to go. 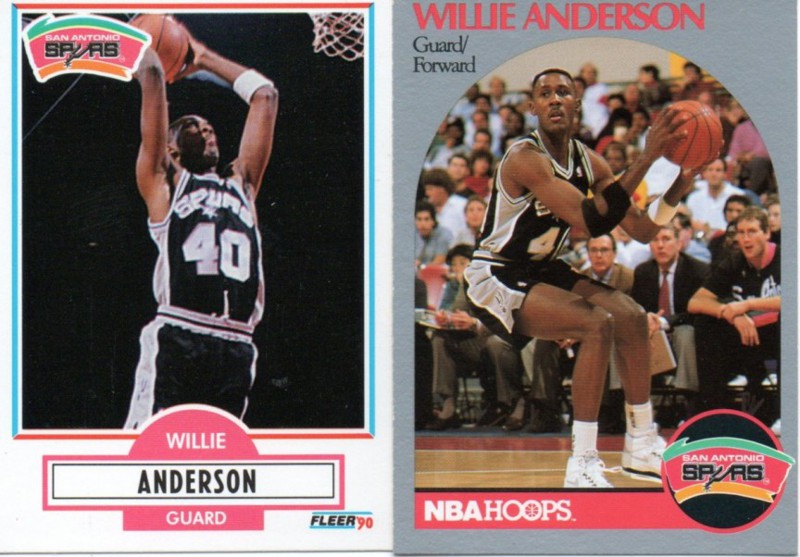 0
Willie Anderson played for the San Antonio Spurs for the majority of his NBA career. He was drafted 10th by San Antonio in the first round, expected to be a big impact player. He was a solid NBA contributor, but never reached the potential the Spurs had hoped. He was an above average player for most of his career, but on this list, Anderson is a star. He was able to net 9 kids with 7 different women. If Anderson spread the basketball around like he spread his seed around, he may have been able to nab a few all-star appearances 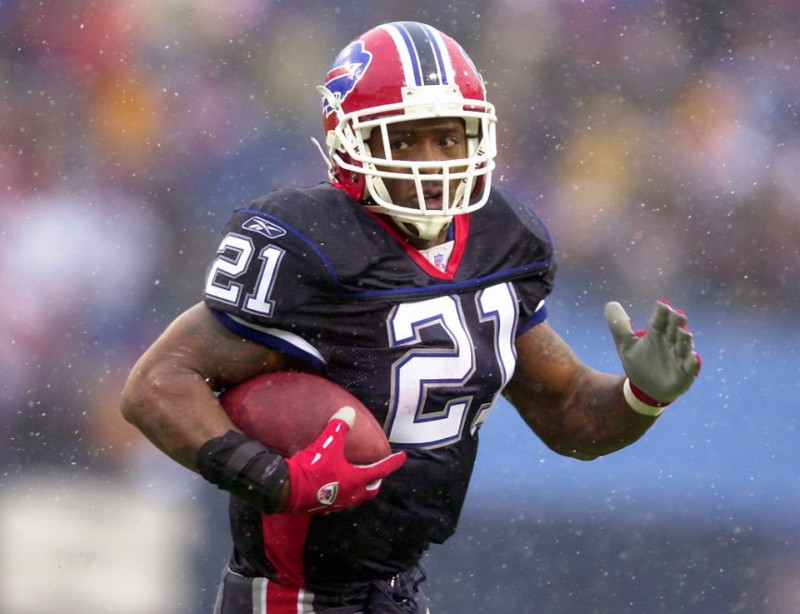 0
Willis McGahee came out of the “U” with a lot of hype. The Miami Hurricane was so good, that despite getting injured in the national championship game, he was still taken in the first round of the NFL Draft. McGahee’s NFL career lasted 11 NFL seasons, a number of which were highly productive. As productive as McGahee was on the gridiron, he was equally productive off the field: as in, reproductive. McGahee is said to have as many as 9 kids with 8 different baby mamas. Better buy the birthday cards in bulk. 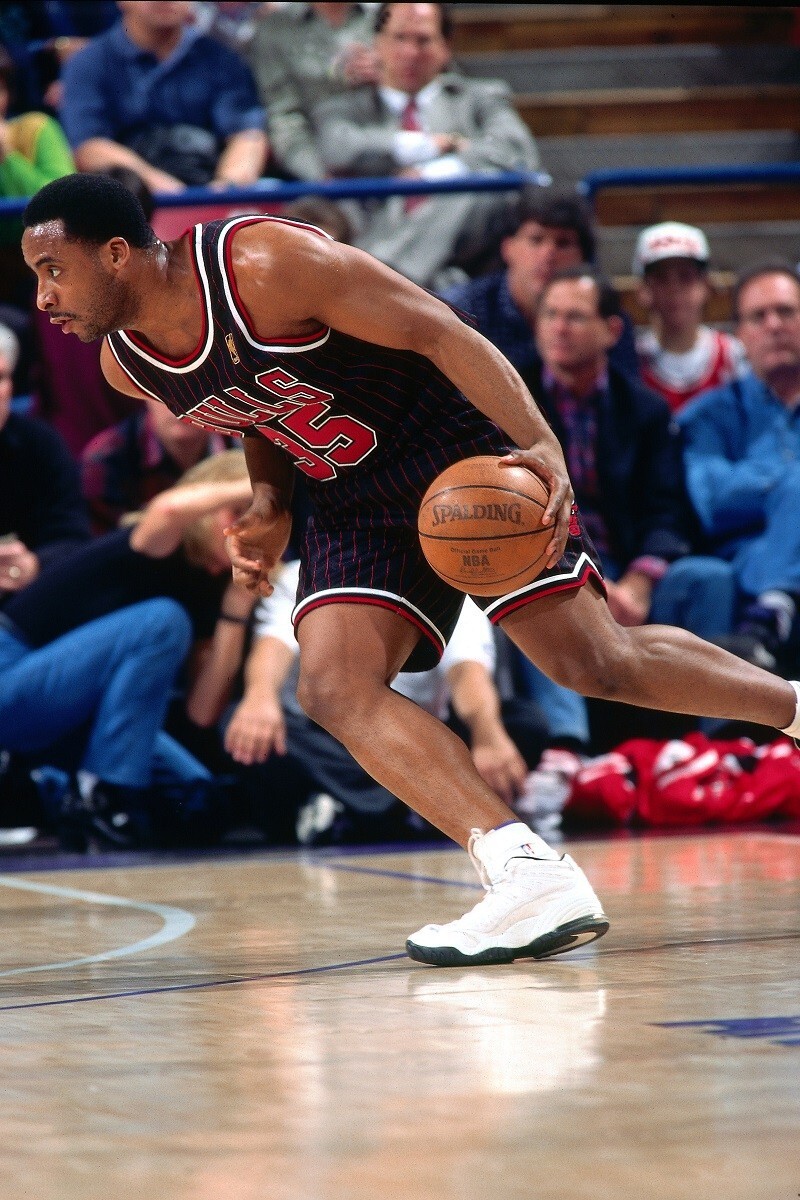 0
Jason Caffey was taken by the Chicago Bulls with the 20th pick of the 1995 NBA Draft. Caffey was fortunate enough to play during the “Jordan Era” with the Bulls and was able to gather two championships in the NBA. Caffey was a productive power forward, but more of a role player on the Bulls’ star-studded team. However, off the field, Caffey was a superstar when it came to having babies. He has at least 10 kids with 8 different women. Michael Jordan may have been the star on the court, but Caffey had big time game off it. 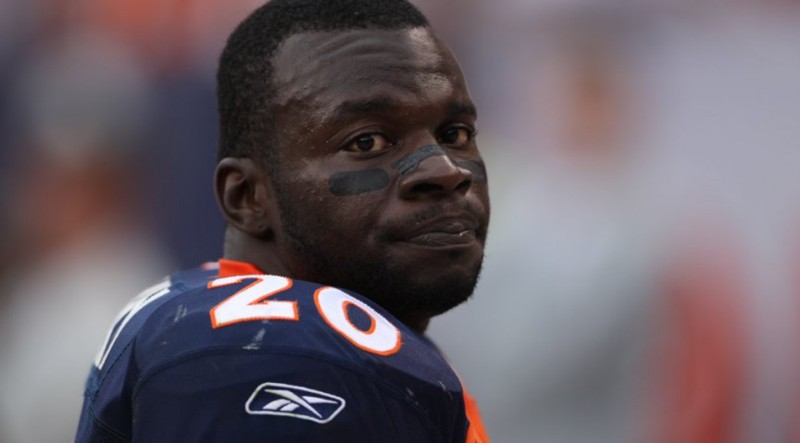 0
Travis Henry was drafted by the Buffalo Bills in the 2001 NFL Draft. The second round selection made the Pro Bowl in 2002 and had a productive NFL career until it ended due to smoking to much of the green. He tested positive for marijuana, not once, but twice. The second suspension was for a full season and Henry was released by the Denver Broncos. Soon after, Henry was arrested for being a “ruthless money guy” in a cocaine transaction. The NFL reinstated Henry after his jail sentence was completed in 2012, but by then, it was far too late for his career. His problems off the field weren’t just drug related. Henry couldn’t help himself amassing at least 11 known children with 10 different women. He has been arrested for child support delinquencies and it is estimated that his payments are $170,000 a month for his 11 children. 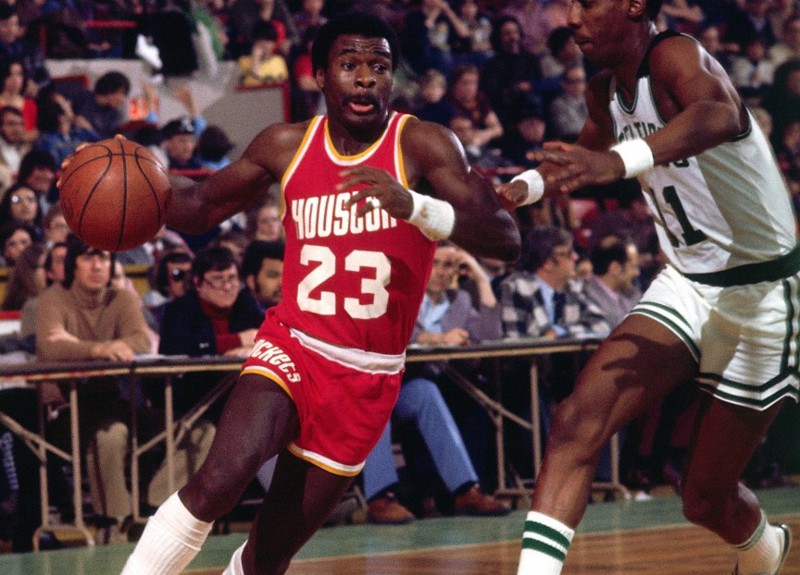 0
Being number one on this list doesn’t win you any awards. Nicknamed the “Pocket Rocket” during his NBA career, Calvin Murphy was drafted by the San Diego Rockets (now, Houston Rockets). The team eventually moved to Houston. Murphy became a legend in Houston for his incredible play on the court. The 5-foot-9-inches-tall guard defied logic against larger opponents by being a ferocious defender and regularly leading the league in free-throw percentage. He was elected to the Basketball Hall of Fame in 1993. On a side note: he was accused and acquitted of molesting 5 of his daughters. You just have to shake your head at Murphy. For us, he has been inducted into our Hall of Shame for having fathered at least 14 children with 9 different women. Words just can’t describe those numbers. I’ll just let that marinate and close the books on this. Baby Halloween Costumes That Are As Adorable As They Are Witty