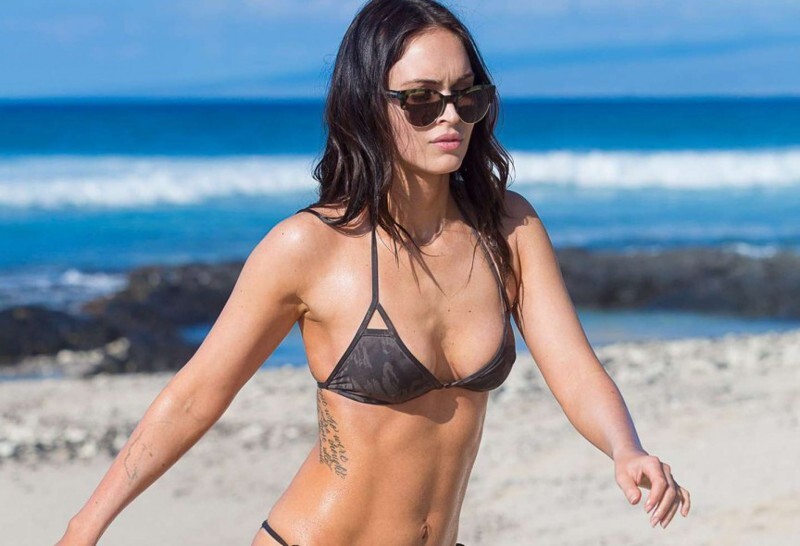 23 sep 2015 12:15
Tags: body   celebrity   mom
61
15
Let’s just take a look at those celebrities who just never seem to age no matter how old they get, or how many children they have. Of course celebrities have access to many procedures that most women don’t and need to go through extreme workouts to keep that look. Whatever the reason, these women made it work. 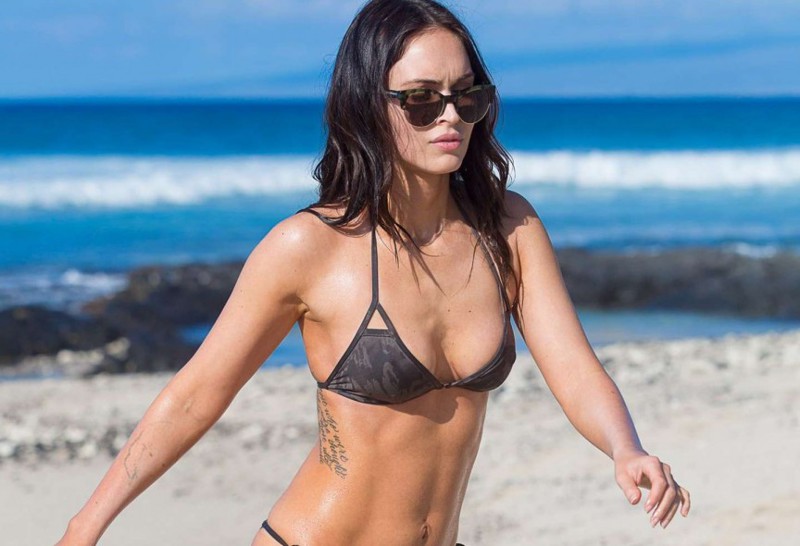 0
Смотреть все фото в галерее
This Picture of Megan was taken while she was in Hawaii in 2015, not that long after giving birth. That girl still has the body of a teenager with rock solid abs. Once ranked as high as #1 on the FHM‘s ‘Hot 100’ list in 2008, she recently divorced her much older husband, Brian Austin Green after only five years of marriage and 5 more years of dating. Once everyone’s dream girl from the Transformers franchise, she earned a bad reputation in Hollywood with her much publicized battles with Director Micheal Bay. Her kids also get to play with her two pet goats, not exactly your normal household pets. 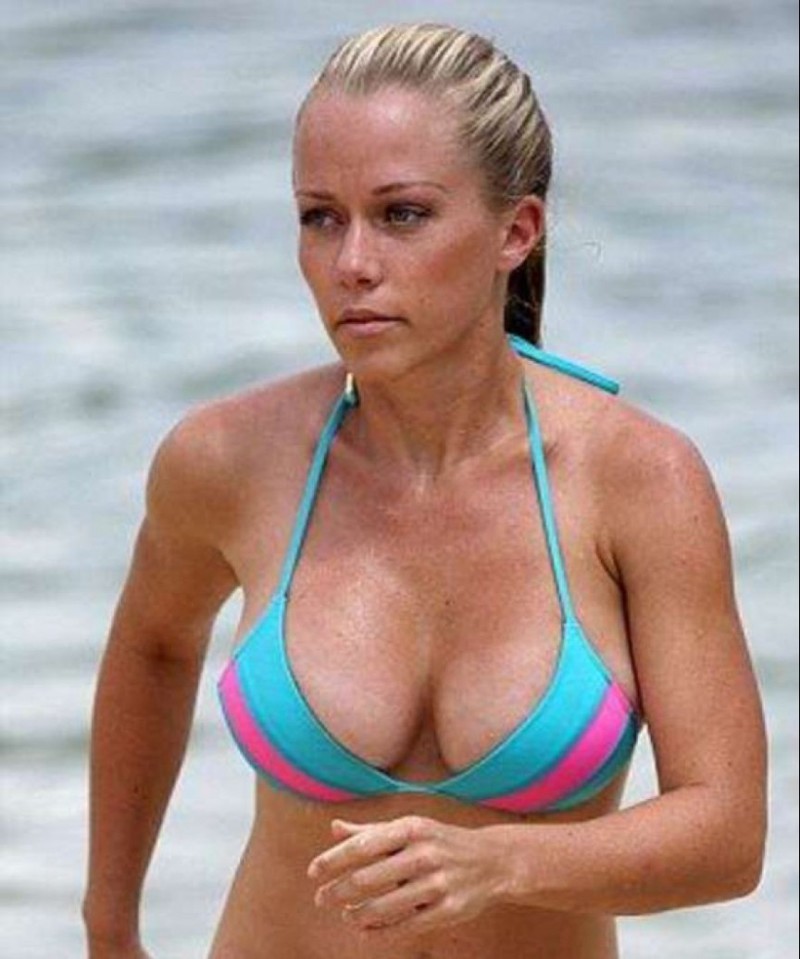 0
Kendra is a former girlfriend to Hugh Hefner, former Playboy Playmate and reality TV star. Her transition to motherhood was made rather nicely, as she has actually improved her looks from her younger days. Her buxom bosom is not natural unfortunately, but resulted from breast implants at 18. Kendra does claim that they grew after the baby was born and are now probably too big! I am sure no one else is complaining. She has been married to her children’s father Hank Baskett, for the last 6 years. 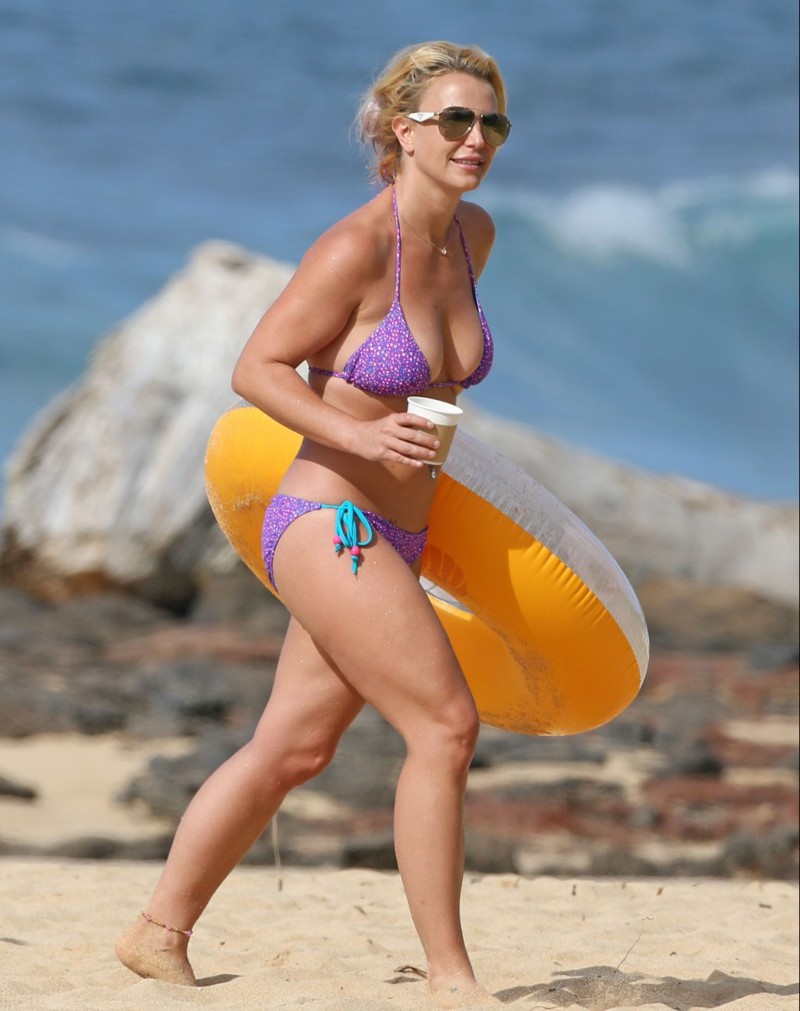 0
The pop music queen started her family at a pretty early age for a celebrity. This picture was taken earlier this year, showcasing how Britney has developed a nice curvaceous bikini body as she became older. Also famous for one of the shortest marriages in history and just about every other scandal, as she tried to become a bad girl in her early twenties after building an empire as the pristine and clean pop star that every parent loved. On top of her many appearances on every sexiest women of the year list, she was once voted by People Magazine as the fourth most influential person of 2000 at the tender age of 18. She was also once famous for some off the wall quotes, her funniest being “I’ve never really wanted to go to Japan. Simply because I don’t like eating fish. And I know that’s very popular out there in Africa.” and my personal favorite “The good thing about being on tour is getting to go overseas to places like Canada”. Luckily she’s grown up since then. 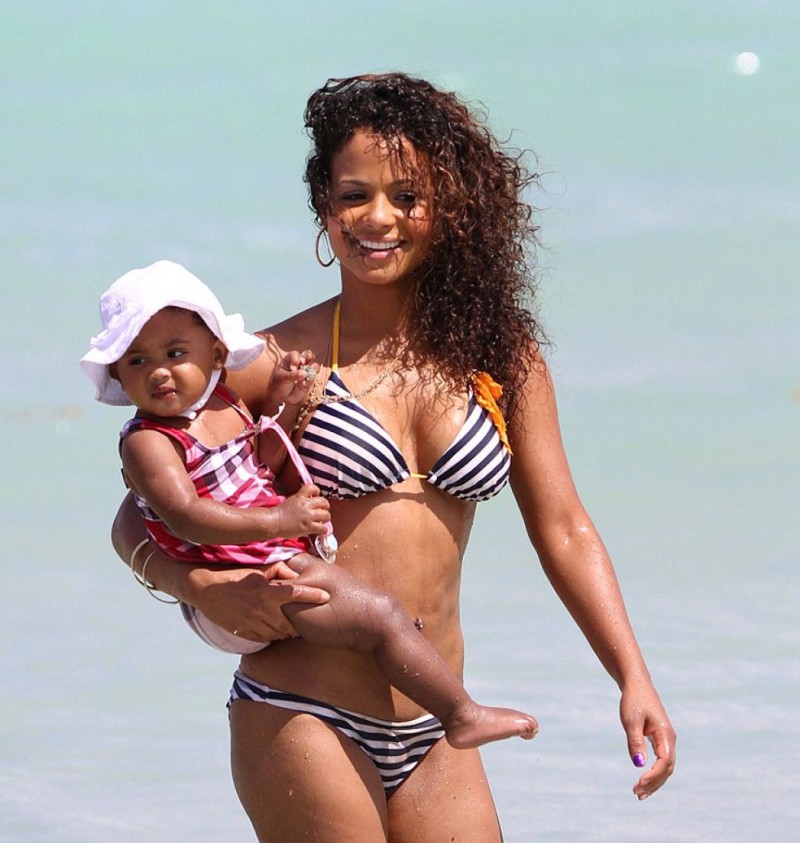 0
Christina developed her fame as a singer at the age of 19, using that career to springboard her dreams of acting. Would you believe that at the age of 18, this beauty debuted in film on American Pie as a band geek? Sign me up for that band. According to her, she maintains her figure by working out at the gym 6 days a week and a healthy diet. Her breasts though, are not natural as they resulted from plastic surgery performed after her baby was born. On her new reality TV series, she chronicled the merits of plastic surgery and as a result is now thinking about a booty job so that her backside looks more like Jennifer Lopez’s. Isn’t there some Brazilian workout that does just that? 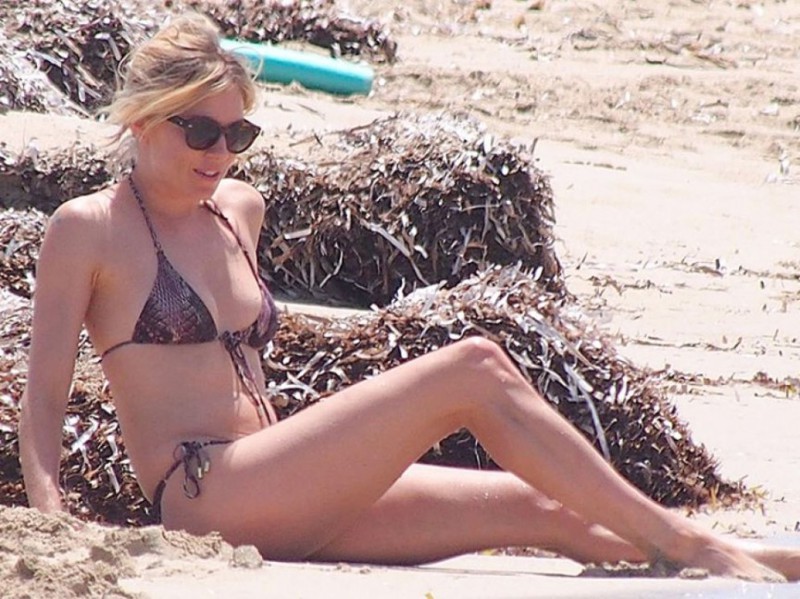 0
This picture was taken in July of this year. After giving birth, Sienna Miller once stated that wanted a “full army of children”. Her last big role was as the widow of famed Navy Seal Chris Kyle, in American Sniper. She once ranked #2 in Ask Men’s Top 99 Most Desirable women of 2006. Not only is she a talented actress, but she models as well, representing Hugo Boss’ – BOSS Orange women’s perfume. Here’s to hoping she looks just ask good after she completes “her army”. 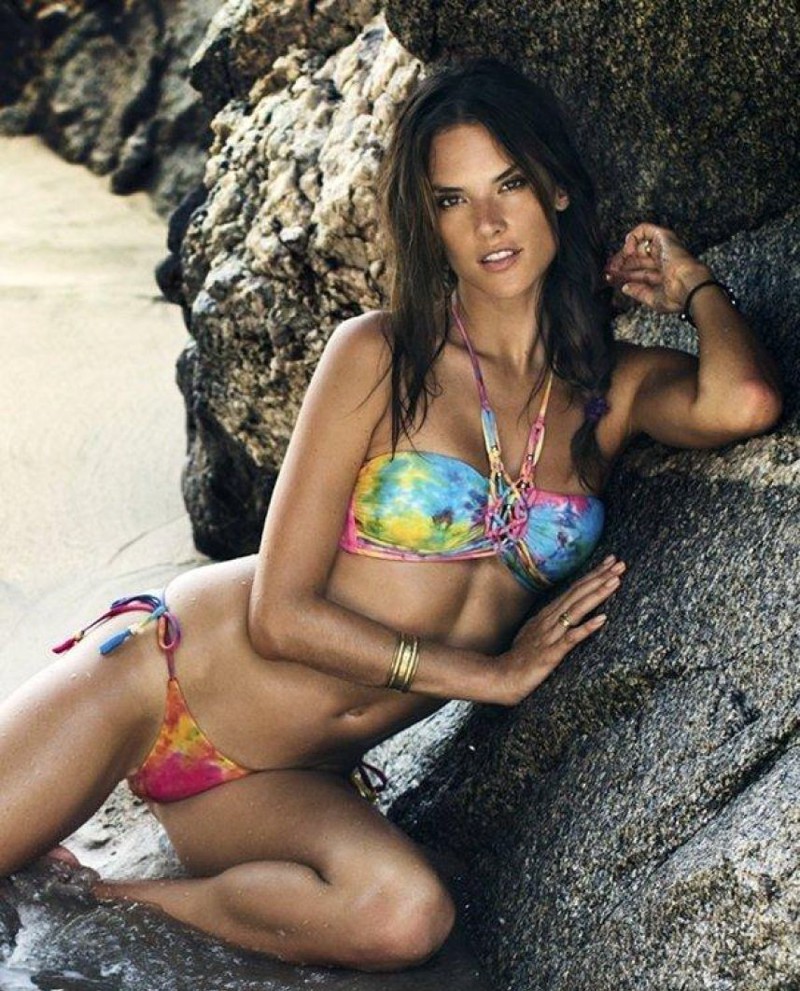 0
The Victoria’s Secret supermodel still has that paper thin look we’ve come to expect from people in her line of work. God knows how that is possible at her age. Not your typical curvaceous bikini body, but few of us would look the other way if we saw her walking down the beach. She was ranked as high as #2 on Ask Men’s Top 99 Most Desirable Women list, in 2008. Last year she still made it to #7 on Maxim’s Hot 100 list. What’s amazing is that she claims to eat whatever she wants. Her workout of choice is the Brazilian Butt Lift, whose creators claim it as the perfect workout to shape and firm your booty. I’m sold. 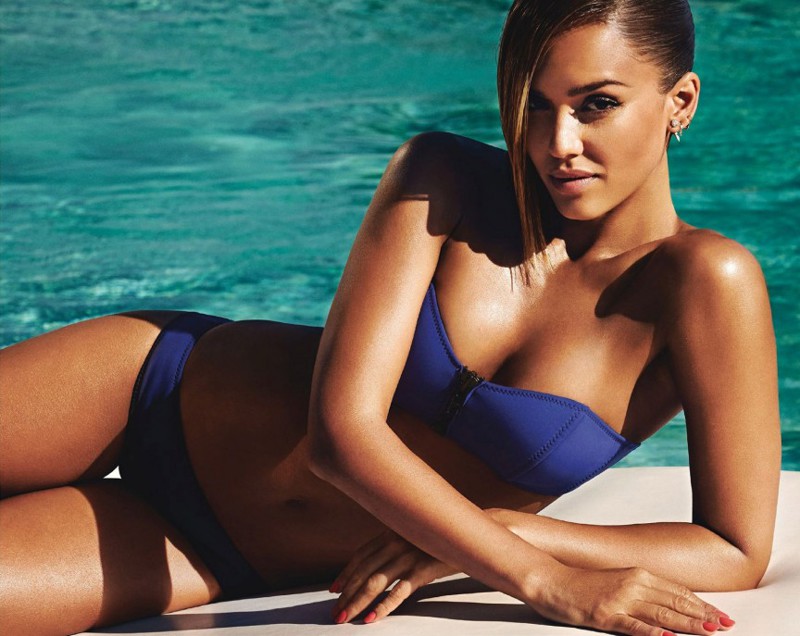 0
Honestly, if you want to describe the perfect woman then look no further. Want proof? Jessica Alba was ranked as the sexiest women alive, or at least #2 by countless magazines in 2006 and 2007, and named by GQ magazine as one of the 25 sexiest women of all time. The sexiest part is that she married a regular guy, meaning any one of us could have had a chance with her, but alas the dream is over as it’s too late for the rest of us. The picture above was taken in June 2015, for Shape magazine. That perfection came about through extensive training with Ramona Braganza, trainer to the stars. 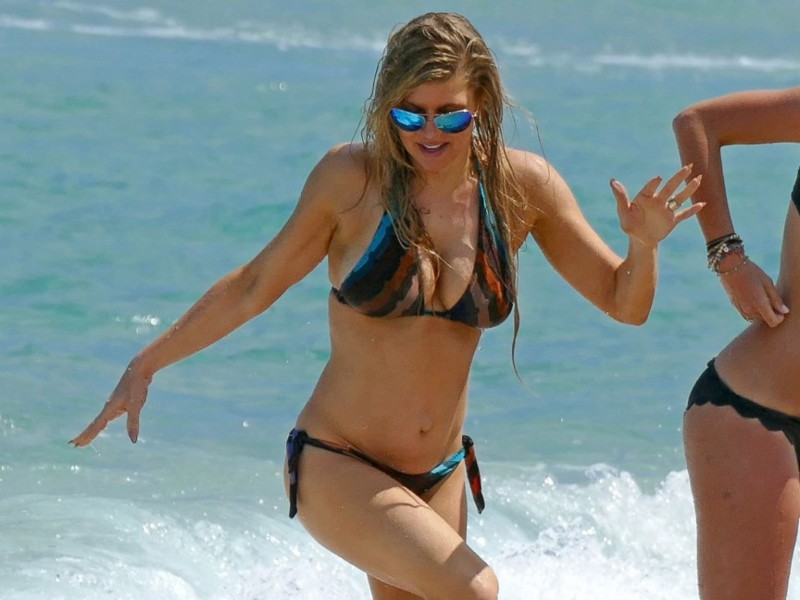 0
If there is anyone on this list that is more reminiscent of the original MILF (Stiffler’s mom on American Pie), it’s Fergie. She has the face to match and that curvaceous shape, along with the ahem big bosom. She delivered her son via a C-section. She first became famous as a member of the musical group The Black Eyed Peas. Her look is rumored to be a result of various plastic surgeries from Botox, to fillers and cosmetic surgeries. She is even rumored to have breast implants. Nothing is confirmed, though. According to Fergie, her post baby look is a result of hiking and biking, along with green smoothies for breakfast. 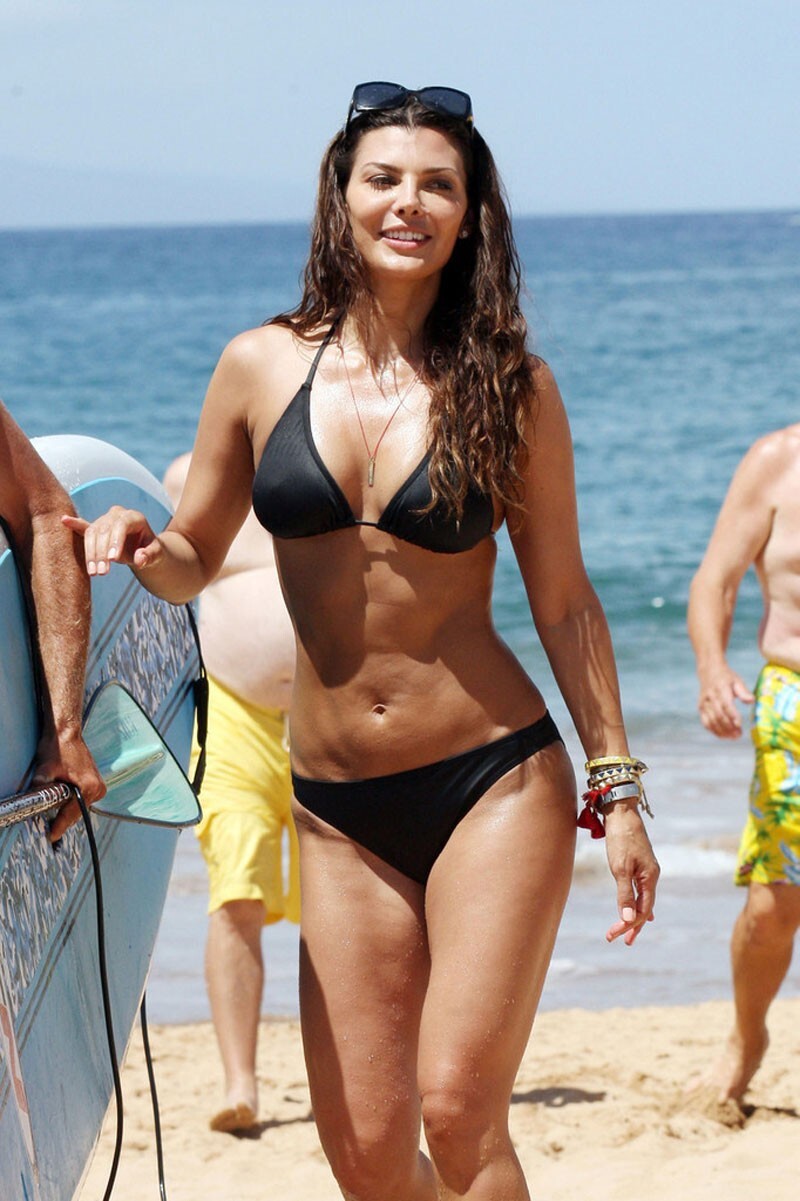 0
Famous for becoming Miss America in 1996, and for being the Doritos girl during the 1998 SuperBowl, she can still win any beauty pageant she wants even at the age of 42, and even after giving birth to three children. In keeping with the good girl image that Miss America winners are known for, she met her husband at a bible study in Church. I guess church just got better. This photo was taken at a beach in Hawaii this year! And in case you’re wondering, it’s all natural and a result of the ‘Zone Diet’. 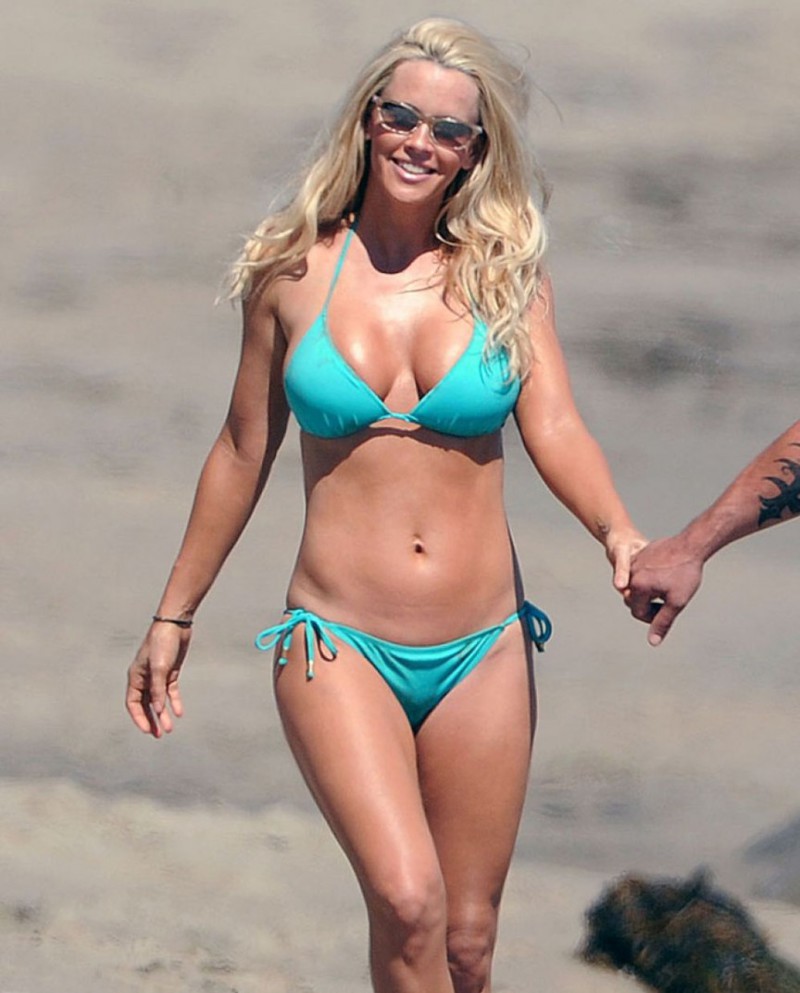 0
Former PlayBoy playmate of the year in 1994, she is still as sexy and even more so 21 years later. If you’re into long blonde hair, sparkling blue eyes and a buxom figure, then you’ve got your dream girl right here. She is currently hosting her own show on Sirius XM called Dirty, Sexy, Funny. It has been reported that her son had autism, rumors she vehemently denied last year. All those looks have come at a huge financial cost, as Jenny herself admits that she loves Botox and has had several breast implants. As for the figure, credit that to the Weight Watchers Flex Plan and Core Plan and to Tae Bo Workouts. 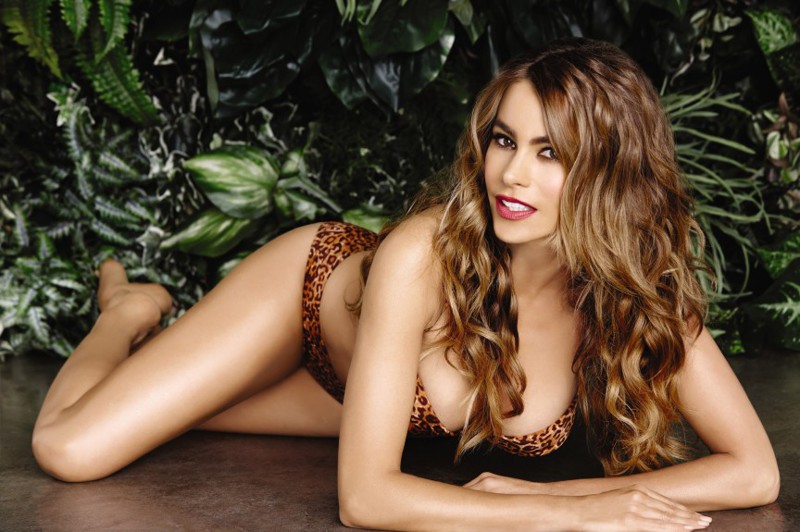 0
The picture above was taken on her 42nd birthday, but those who watch her on Modern Family know that she is just as hot one year later at the age of 43. Three years ago at the age of 40, she was #1 in Ask Men’s 99 most desirable women list. Who could argue? She has made various hot 100 beauty lists since 2002, despite limited exposure as a comedienne. She has the ultimate bikini body, and every inch of her curvaceous body is natural. Just to make all you ladies out there slightly jealous, she doesn’t really work out that much either or go out of her way to eat healthy foods. 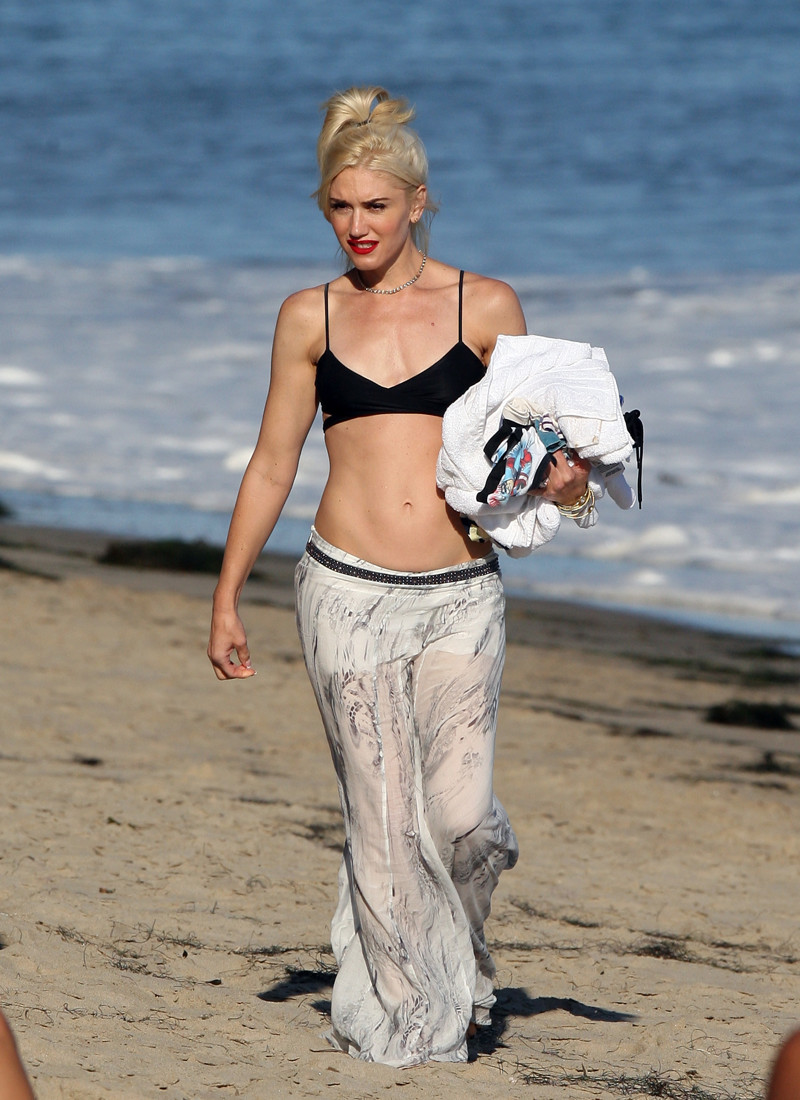 0
Gwen may not have the breast size that others on this list have, but look at her. She is a few weeks shy of 46, gave birth last year, has 3 children and is still smoking hot. She made it big as a musician and as a business woman. Gwen is living her dream because according to her she has dreamed of the time when she could be a mom and stay home with her kids. She has definitely earned that right. Reports of plastic surgery are unconfirmed. She has taken a break from working out this past year, and as the picture above attests, it hasn’t made much of a difference. 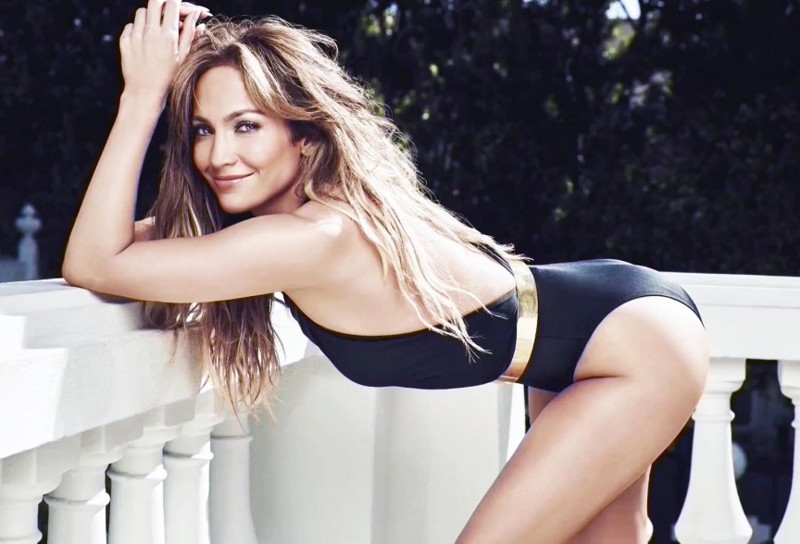 0
The picture above comes from US Magazine this year. The lady who has made her sizable fortune from singing and acting, became the first Latina actress to command a 7 digit paycheck for a single movie. In the gyms where she works out, they call her “La Guitarra” because her body is curved like a guitar. No one can argue that one. She is the only woman to be voted the sexiest woman of the year twice by FHM. Despite rumors of facial plastic surgery, Jennifer maintains that her youthful looks are all natural, as is her famous booty. She claims that staying positive all of the time is like a natural wrinkle cream. Her workouts have decreased since having children and her diet is nothing special but she avoids sugars and salts and practices portion control. Whatever she does, it’s working wonders. 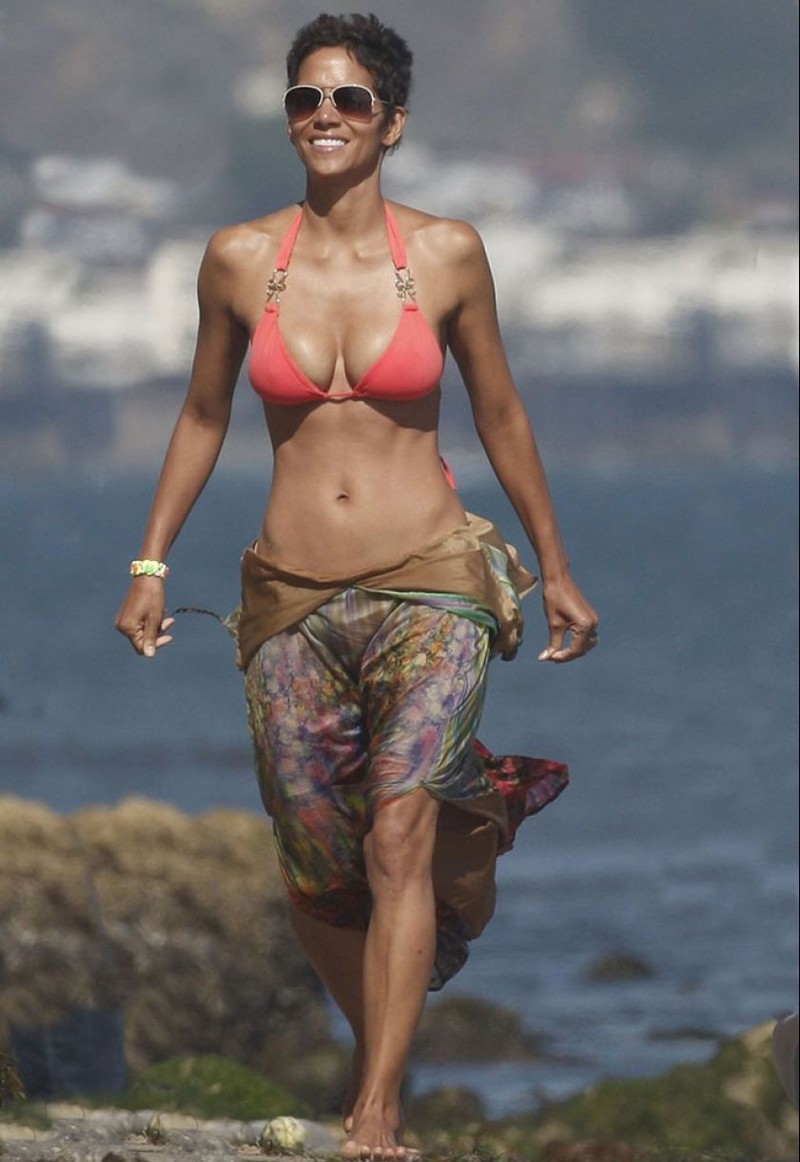 0
Wow. She is 49 years old and still sexier then ever. She even gave birth last year at the age of 47. Is that even possible? For those of you interested in dating her, recent history suggests you need to be French. But alas even then, she is married. She has been voted the sexiest women alive by countless magazines at different times in her career. Admittedly, if you want breasts like that at her age, it costs a lot of money, to the tune of $10k a month, which Halle recently revealed is the cost of her “maintenance package”, which has never included plastic surgery. Her body comes from kick boxing, hills and Harley Pasternak’s 5-Factor Fitness plan. 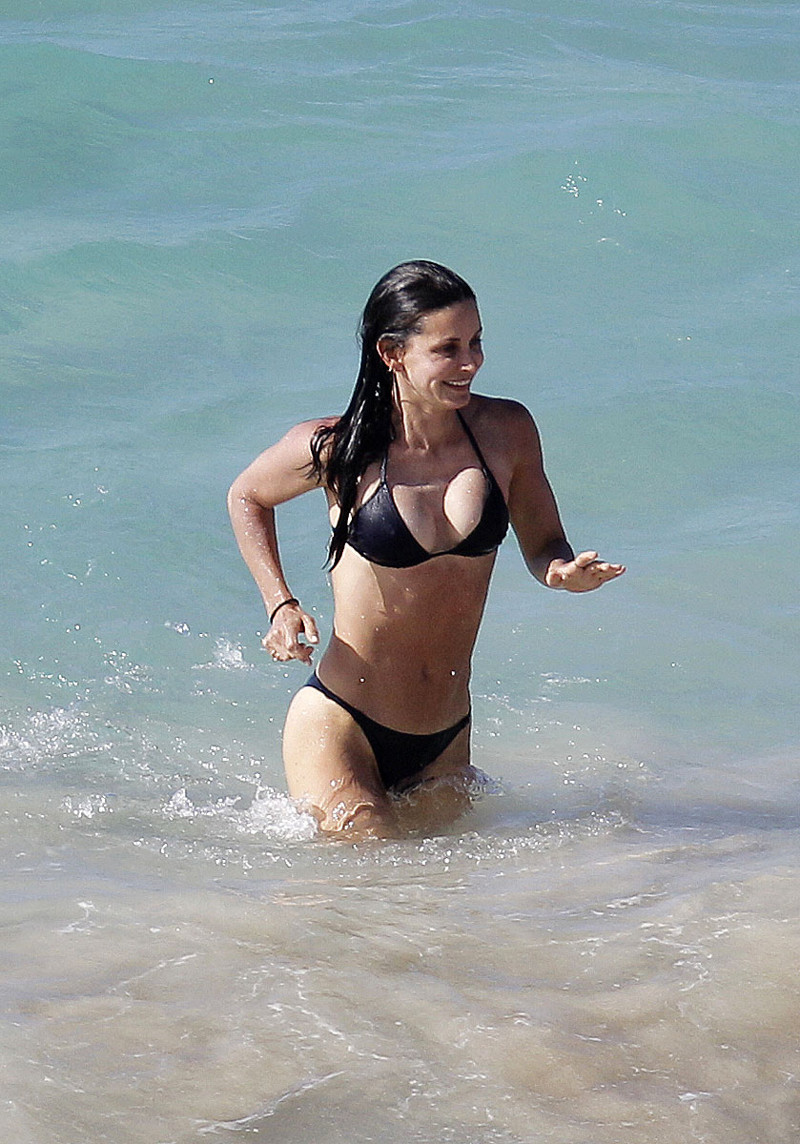 0
She’s a cougar on TV and in real life. Jennifer Aniston may have been considered the most attractive character on Friends, but you can’t possibly age better than Courteney. Her wedding ring was actually engraved with the words “A deal is a deal”. Alas she got divorced anyways, but she is currently engaged again. As for her beauty secrets, according to her she “only has to do three things to look halfway decent, curl my eyelashes, fill in my eyebrows and put some lipstick on”. You see the results.

Easy Stretches You Can Do To Improve Your Body Hollywood's Most Unlikely Celebrity Hookups
We need to be sure you are not a bot. Type the characters you see in the picture below.
Обновить