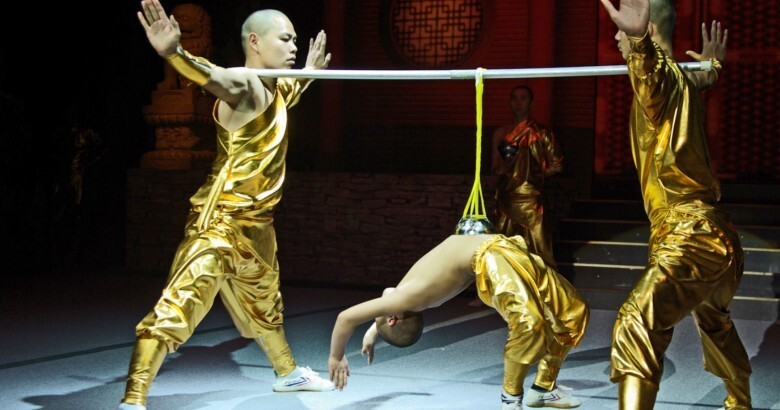 10 Weirdest Forms Of Martial Arts In The World (11 photo)

30 may 2016 09:37
Tags: martial art   weird
750
11
Martial arts have developed in the world as a measure of self-defense, and have shown several forms and poses that vary according to cultures and regions. Some of these martial arts are completely out of the blue, showing strikes and poses that appear outright bizarre and fantastic. The weird forms of martial arts have developed and are called weird because they appear outright strange and unusual and offer quirky modes of behaviour. Sumo is a unique form of wrestling from Japan, serving as the country’s national sport. The martial art depicts oversized participants making poses and then grabbing each other by the head and body. There is also some grappling occurring as each participant tries to outdo the other on the stage. The fighting definitely offers some kind of heavy entertainment, and there are even cheers and applauds from the crowd based on who watches and enjoys the moves of the fighters. Kusti is an indigenous form of martial art that developed in India, known for the ground work and the earthly contours of the programme. There is even a mud wrestling variety of the same name whereby the participants grapple with each other on the mud and offer some fantastic entertainment for the crowd around. The Kusti fighters go for rigorous training in lesser known places and there is a strict regimen that they need to follow, too. Some of the prominent Kusti fighters include the heavyweight Dara Singh, who further popularized this strange and grotesque form of martial art. Capoeira is a unique martial art hailing from Brazil, popular among the African slaves who were brought to the nation from countries like Angola. The art shows some strange moves and combines fighting with dance, music and acrobatics, making it a unique and fantastic martial arts showpiece. The slaves used the dance and music to hide the martial art, which somehow uses high flying acrobatics like jumps and flying kicks that appear out of the blue. There are even capoeira workshops held in countries around the world that try to popularize this strange and fascinating martial art. Brazilian jiu-jitsu is a martial art that has been developed in Brazil and offers a wide selection of moves and grappling that makes it a bizarre yet fantastic martial art. It is actually a Brazilian version of oriental martial arts like jiu-jitsu. There is a unique pose whereby one fighter sits on the other participant and fights with him in a bizarre drama. There are grasps and holds that appear too intense and grotesque and make this martial art a strange and breathtaking piece of fighting. Kalaripayattu is a unique martial art hailing from the southern state of Kerala in India, known for some awkward moves and manipulations that make it a martial art worthy to be mentioned. The fighters even use weapons like swords and shields, fighting with each other in a bizarre, aerial fashion. There are also unique costumes worn by the fighters based on old traditions. Tai chi is a unique martial art developed in China that looks bizarre not because of its intensity of fighting, but because of its slow and soft approach. The participants of this martial art are usually performing rhythmic movements and body work that looks more like meditation than it does fighting. But it still prepares the body for hard fights and encounters. There are a variety of poses and movements that are slow and stylish, making this a unique martial art that is graceful in its demeanour. Shaolin Kung Fu is a fascinating and bizarre martial art developed in the religious monastery in China, practiced primarily by Shaolin monks. Shaolin Kung Fu is definitely not soft and slow, but incorporates intense movements and poses that make it a fascinating martial art. There are jumps in the air, group behaviour and group movements that make it appear like a military exercise with far flung jumps and poses. The Shaolin temple is a famous landmark in China, and the monks of the Shaolin monastery are known as both strong and graceful fighters with unique and strange body movements. This strange and quirky form of martial art has developed in the film capital of India, Mumbai. The movies churned out in the factory of Bollywood show some bizarre and fascinating moves that incorporate things like horseback fighting (as shown in the blockbuster movie Sholay), to bizarre and grotesque methods of fighting such as throwing a football repeatedly to harm a person. There are also strange punches reserved for villains who come one after the other, as they attack the hero in movies. Professional wrestling is definitely a bizarre martial art that is popular not just in the ring, but also on televisions across the world. The fighting shows some heavyweight champions who make stellar appearances in the ring and then jump over each other in strange and unique poses. There are funny moments in and outside of the ring, as the fighters make fun of each other while making themselves great and superior. The fighting is definitely strange, while the fascinating jumps and throws make it a special martial art. Kung Fu is the martial art that not only comes out as strange and unusual, but also fast and furious. Traditionally developed in China, this martial art incorporates the arts and methods of its leading fighters. There are special poses dedicated to animal behaviour – like the snake pose, whereby the fighter manipulates his body in awkward snake-like movements, or the tiger pose that shows the ferocity of the animal in the behaviour of the participant. Kung Fu is also popular in Chinese and Hollywood movies, with stars like the late Bruce Lee, who performed thrilling techniques in movies like Enter the Dragon. The Best Parts Of Having A Weird Name 13 Things To Weird To Exist. Except That They Actually Do Exist