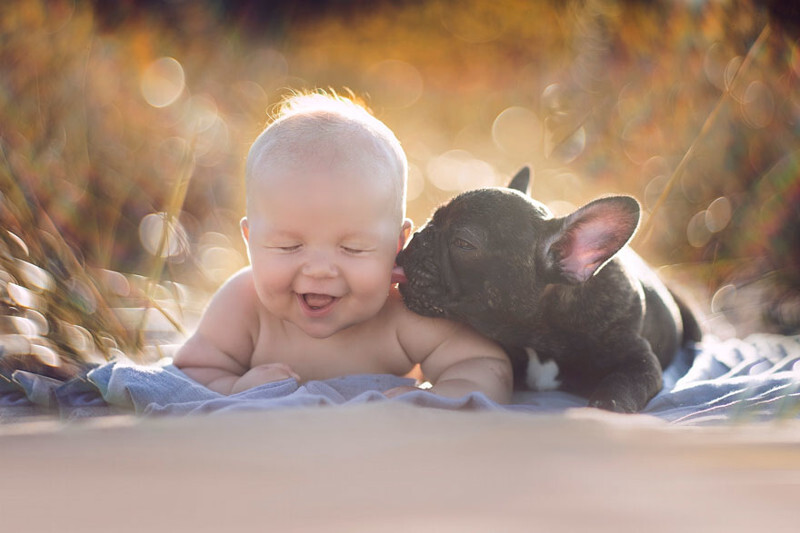 “Farley is very gentle and clumsy at times – we have to remember he is still only a baby, too”

“My little Dilan is a chilled-out baby and he’s always happy, but for some reason Farley really cracks him up. I love seeing them together”

“He cleans up Dilan’s mess after he eats, and always licks Dilan’s neck if he is crying, so he starts laughing out loud”

Dilan also enjoys spending time with the rest of his family