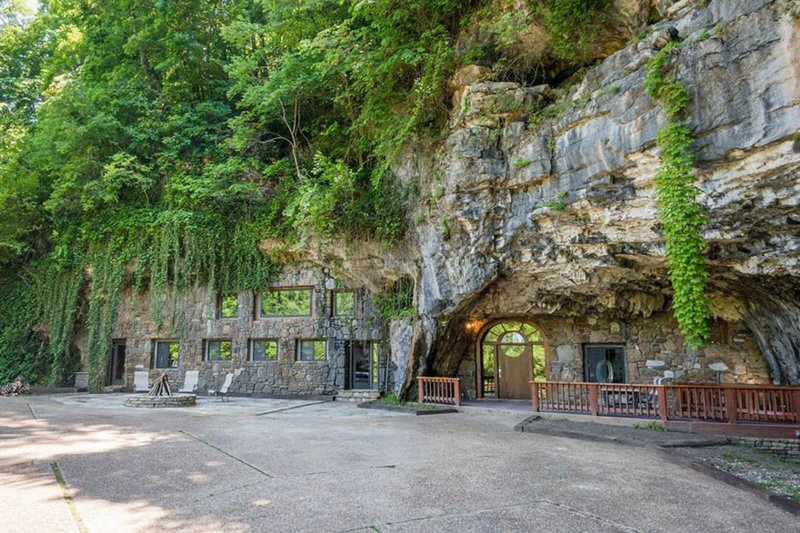 28 aug 2018 10:07
Tags: arkansas   cave   house   lodge   parthenon   rock   unique
750
26
Located in a remote area of Arkansas, Beckham Creek Cave Lodge was originally built as a bomb shelter, but has been renovated into a luxury hotel. It can accommodate up to 8 guests in a subterranean maze of stalagmites and stalactites, its own waterfall and even a helipad outside for those who need to arrive in a hurry.

Though actively used for exploration since the early 1800s, this cave in Arkansas was left unchanged until 1983

Celestial Tea co-founder John Hay then purchased it along with a 240-acre spread for $146,000

People’s article from 1988 stated, “First, 20 laborers removed 250 million years worth of silt from the subterranean chamber”

“Openings were left for windows for the oak-paneled kitchen and living room and for an arched, walnut-framed entrance way”

“In the event of the Holocaust, all these openings can be sealed with concrete blocks”

“Inside, Hay followed the cave’s natural, high-roofed contours “The architect was God,” he said”. It even has a natural waterfall inside

After the Cold War ended, he realized a bomb shelter was no longer needed and sold it

Last updated in 2014, this 5,800-square-foot cave home has four bedrooms and four bathrooms

It has got all the modern amenities of a regular home, including a 75-inch LED TV in the living room

The spacious master includes a unique round queen-sized bed and a spa-like private bathroom, all surrounded by the natural formations of the cave

Each of the 4 bedrooms is unique, offering queen-sized beds, exposed cavern walls, and lavish bathrooms

And last but not least, it even has it’s own helipad so you’d always have a place to park your chopper!