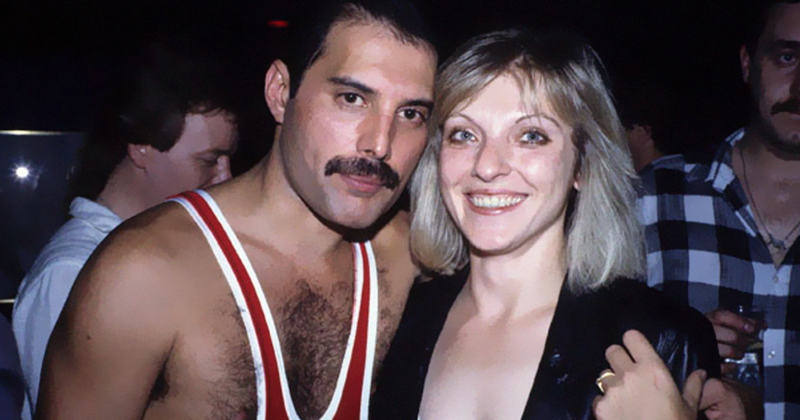 25 Photos Of Freddie Mercury With His First And Only True Love, Mary Austin (25 photo)

26 feb 2019 08:58
Tags: Freddie Mercury   celebrity   friendship   love   mary-austin   photo   singer
0
25
“The only friend I’ve got is Mary and I don’t want anybody else,” Freddie Mercury once said about the ‘love of his life,’ Mary Austin. While the legendary Queen singer’s relationships were always in the media spotlight, including in the recent, wildly popular movie Bohemian Rhapsody, the one that truly mattered probably received the least attention of them all.

Смотреть все фото в галерее
Mary was 19 when she first met Freddie, whose real name was Farrokh Bulsara, in the early 1970s. She was working as a PR at a hip and trendy fashion shop in Kensington, West London, when she first laid eyes on the “wild-looking artistic musician.” In an interview with the Daily Mail in 2013, she recalled: ‘He was like no one I had met before. He was very confident – something I have never been. We grew together. I liked him and it went on from there.” The pair began dating and formed a bond that would stay with Freddie throughout his life. While their physical relationship came to an end as Freddie came to terms with his sexuality, their friendship went from strength to strength. “Our love affair ended in tears, but a deep bond grew out of it, and that’s something nobody can take away from us,” Freddie once said. “It’s unreachable. All my lovers ask why they can’t replace her, but it’s simply impossible.” Mary went on to get married and have two children. She was there for Freddie as he succumbed to the HIV virus, and he left her with much of his fortune after his passing. “If things had been different you would have been my wife, and this would have been yours anyway,” he wrote in his will. Things didn’t go well for Mary after Freddie died, suffering from illnesses and stress caused by the burden of her inheritance as jealousy and resentment reared its ugly head. “I don’t think the remaining members of Queen have ever reconciled themselves to it,” she said in the interview. “I don’t understand it. Because to me, it’s bricks and mortar. I try never to be jealous or envy people.” “Freddie was very generous to them in the last years of his life and I don’t think they embraced that generosity. I don’t think they appreciated or recognized what Freddie had left them. He left the band a quarter share of the last four albums – which he didn’t need to do. And I never hear from them. After Freddie died, they just wandered off.” Mary still gets reminders of Freddie, and the life they once shared. “‘You hear a specific song and it makes you feel emotional. We lived those 20-odd years together. Under the same roof. Together emotionally.” As he began to succumb to the effects of AIDS, Freddie and Mary would watch video footage of his old performances and reminisce. “On one occasion he turned to me and said sadly, ‘To think I used to be so handsome.’ I got up and had to leave the room,” she recalled. “It was too upsetting. We were never allowed to get emotional around him and that was hard. But I knew if I sat there I would have been in tears. When I returned I just sat down as if nothing had happened. But for that moment, he caught me off guard.” It’s fair to say that these two soulmates experienced their fair share of highs and lows during their time together. With Bohemian Rhapsody bringing Mercury’s career and legacy firmly back into the spotlight, we thought we would share some of their happy moments together. Because at the end of the day, we all need somebody to love.