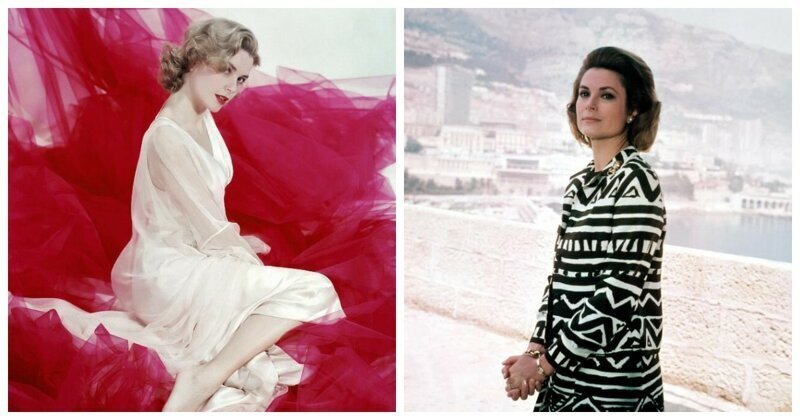 02 jul 2019 13:45
Tags: actress   fashion   grace   icon   kelly   photo   style
0
40
There are many things to remember of the American sweetheart – a brilliant actress, an elegant princess and an exquisite fashion icon. More than 35 years after her tragic death, her inspiration and impact on fashion still remains enormous. One of the first stars to own a steady signature style, the princess is believed to possess the ability to make any clothes and accessories she wears look stylish and sophisticated.

1953. Walking though the forest, Kelly leans against a tree barefoot for a photoshoot around her home.

1954. Grace Kelly studying the script for her role of Georgie in 'The Country Girl.'

1954. Grace Kelly in chic tailored trousers with her dog.

1955. Grace Kelly takes a picture in Cannes during the international film festival.

1956. Grace Kelly posing outside her apartment building before leaving for Monaco. Photo by Lisa Larsen.

April 4, 1956. Grace Kelly during her press conference on the sun deck of the S.S. Constitution before sailing at noon for her wedding, New York.

1956. Shortly before her wedding aboard the SS Constitution.

1956. Grace Kelly's ortrait before the wedding.

April 18, 1956. Grace Kelly on the day of her civil wedding ceremony with Prince Rainier at the Prince's Palace of Monaco. Photo by Joseph McKeown.

April 18, 1956. Prince Ranier and Grace Kelly arrive for a gala performance at the Royal Opera House after their civil wedding ceremony earlier in the day.

November 17, 1956. Prince Rainier and Princess Grace after a trip to the United States on board of the 'Constitution,' Cannes, France.

May 24, 1961. Prince Rainier and Princess Grace at the White House.

June 1961. Princess Grace of Monaco arriving at a State Banquet in Dublin. Photo by Ray Bellisario.

February 8, 1962. Grace of Monaco on Holiday in St. Moritz, Switzerland.

1965. Prince Rainier of Monaco with Princess Grace and their two children Caroline and Albert.

1966. Princess Grace at the Princely Palace in Monaco.

1966. Princess Grace and Prince Rainier of Monaco at a bullfight at the 'Feria de Sevilla,' Sevilla, Spain. Photo by Gianni Ferrari.

1967. Princess Grace in the 'Bayadère' dress by Marc Bohan for Christian Dior.

1972. Princess Grace of Monaco taking a photograph at a swimming competition at Palm Beach, Monte Carlo.

November 28, 1973. Princess Grace of Monaco at Gala for the restoration of the Castle of Versailles, France. Photo by Daniel Simon.

April 1974. Grace Kelly and Alfred Hitchcock at the Film Society Tribute to the director. Photo by Ron Galella. The Longer the More Elegant: 40 Cool Pics of the 1930s Brides in Their Very Long Wedding Dresses Most Beautiful Remaining Street Mosaics From The Soviet Union