19 aug 2019 20:39
Tags: Vollebak   camouflage   clothing   futuristic   glass   jacket   nature
0
11
Drawing inspiration from nature, the brand known for its innovative approach to clothing – Vollebak – recently crafted a new futuristic jacket inspired by the adaptive camouflage of the black squid. To design the jacket, the team at Vollebak used lasers and embedded more than 2 billion microscopic glass spheres into resin on the jacket’s surface. 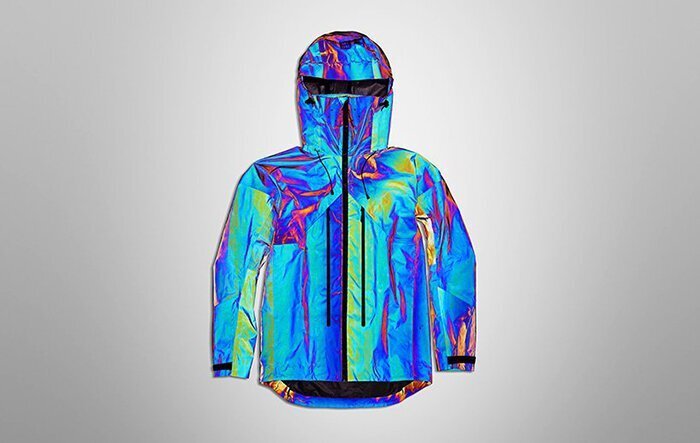 The color-shifting jacket mimics the squid’s skin – an incredibly adapted creature that’s able to both make itself highly visible by creating optical illusions in just fractions of a second, and camouflage itself to match with its surroundings. Vollebak replicated this biological survival mechanism to design the jacket that looks dull metallic black in subdued light conditions, but reflects all visible colors when exposed to bright light. The Black Squid jacket is also fully waterproof and windproof. “The Black Squid Jacket focuses on replicating the elements of squid skin that make it hyper-visible. While the squid uses microscopic plate-like structures on the surface of its skin to change color, our jacket uses disruptively-structured microscopic glass spheres,” explained one of the Vollebak founders, Steve Tidball.

It has been dubbed the ‘Black Squid Jacket’ 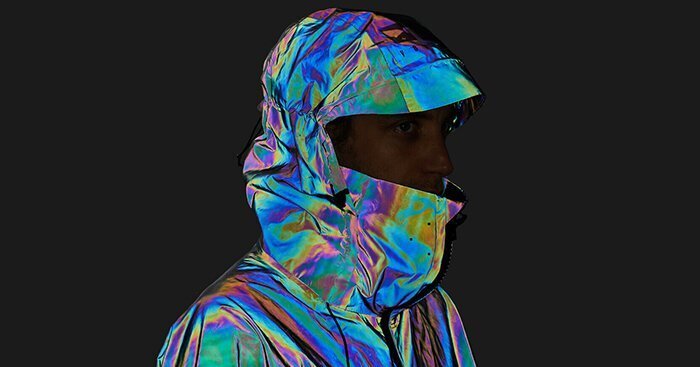 It is completely windproof as well as waterproof 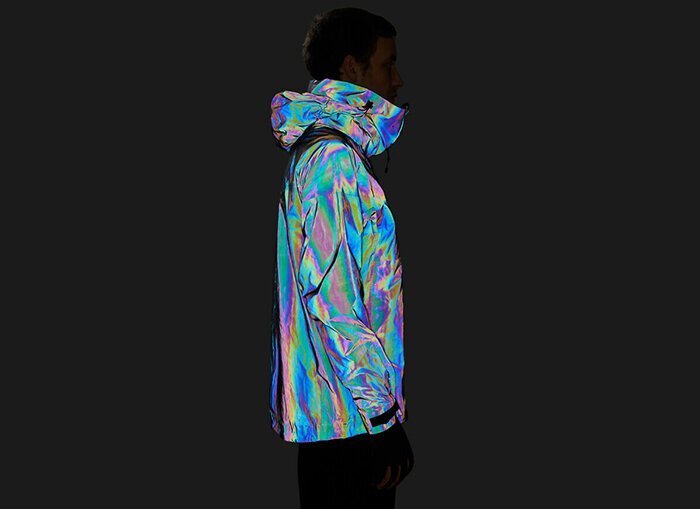 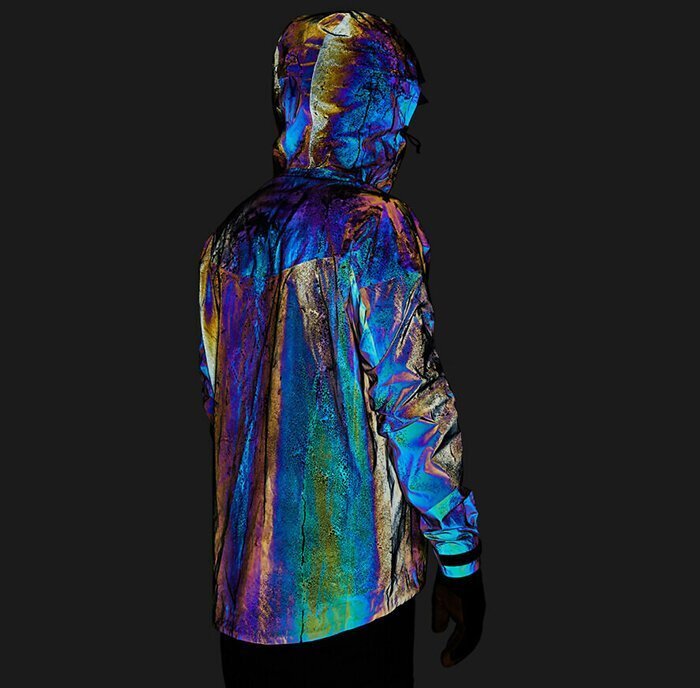 Thus, when exposed to bright light, it ‘lights up’ in all the colors from the visible spectrum 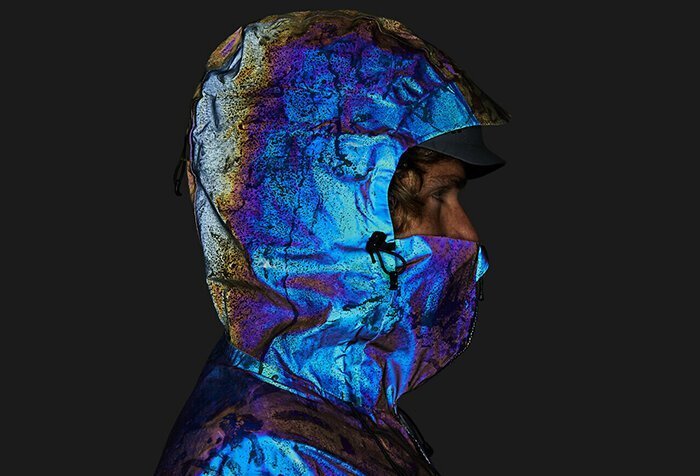 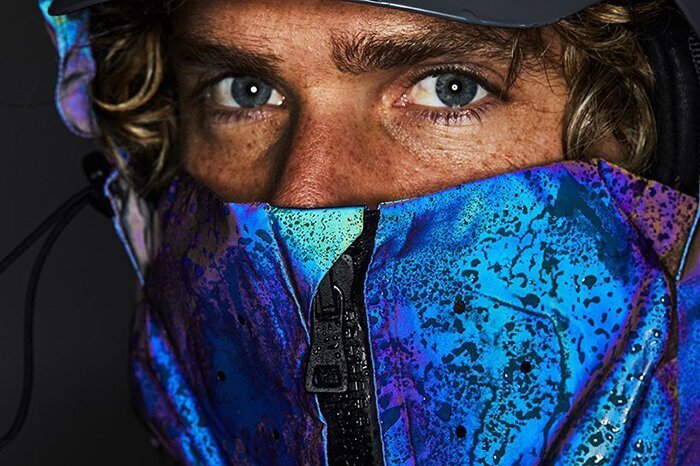 “With over two billion of them embedded in resin on the jacket’s surface and over 40,000 in every single square centimeter, they’re invisible to the naked eye. When light hits the jacket, it travels through the curved surface of these black glass spheres and strikes the back of them before being reflected back at the original light source and scattered away from it simultaneously so that the fabric looks like it’s emitting light,” Steve Tidball added. As the jacket is designed mostly for those that are doing outside sports (skiing, snowboarding), its front zipper and pockets are also waterproof. It also has a super high collar, crafted to “ride comfortably up and over your face to meet your goggles.” Naturally, the elasticated hood works perfectly with any ski and snowboard helmets. 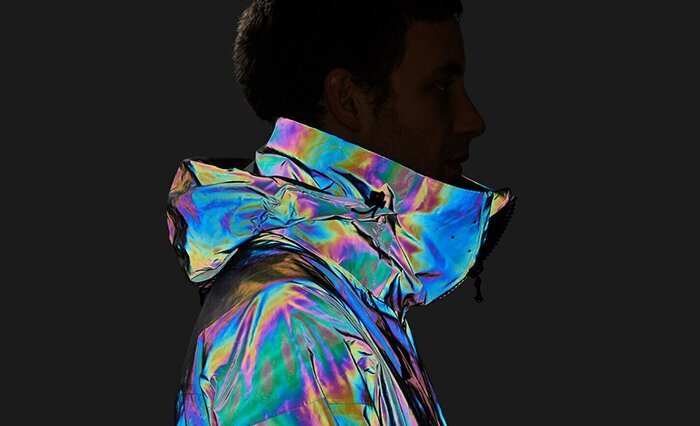 Under dull light conditions or inside, the jacket looks metallic black 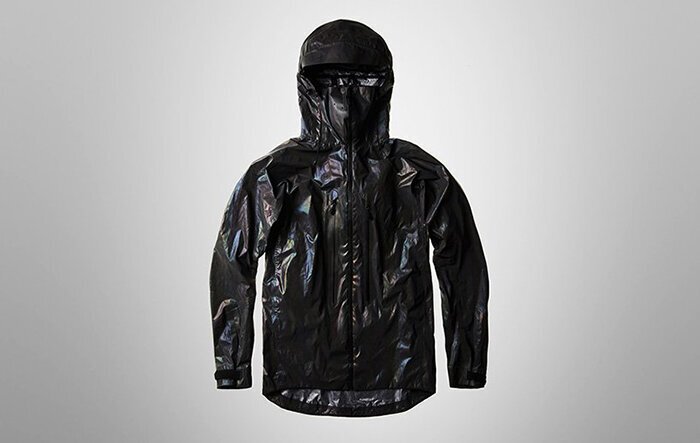 It mimics the squid’s camouflage mechanism 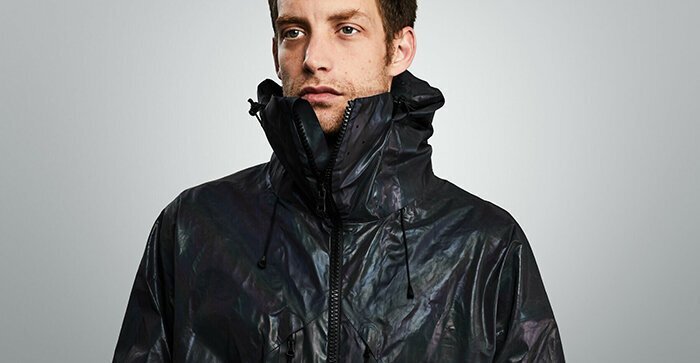 As expected, the price of the jacket is quite steep as it’s selling for $995. However, it only seems fair to pay that for a product that’s innovative as it is. This is not the brand’s first futuristic piece of clothing, though, as they have already released a Carbon Fiber T-shirt, made from fiber usually found in jet engines, the Graphene Jacket, made using the thinnest form of graphite and various other design innovations. “We make clothing for the smartest, most hardcore guys on the planet,” the brand declares. Guess we’ll have to agree on this one.

The price for the innovative and futuristic garment stands at $995 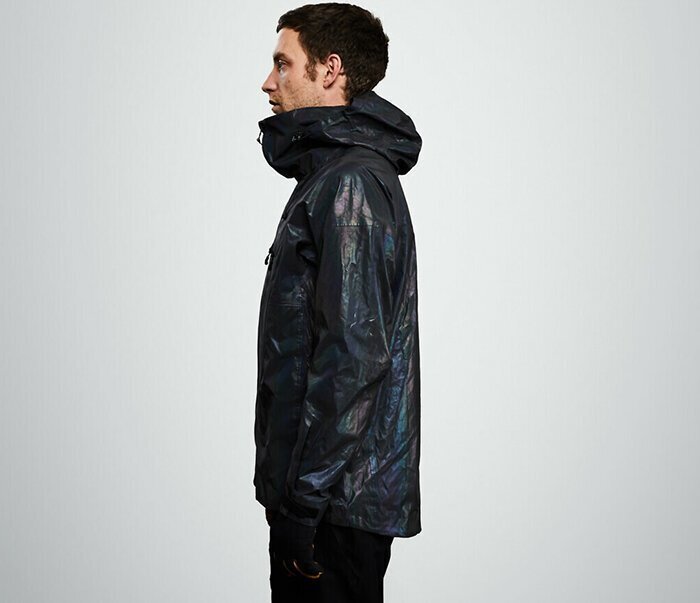 “This Is What I See When I Create Art”: Beautiful Paintings Of Natural Russian Landscapes 30 Photos Of Nature Winning The Battle Against Civilization In The Exclusion Zone Around Chernobyl
We need to be sure you are not a bot. Type the characters you see in the picture below.
Обновить