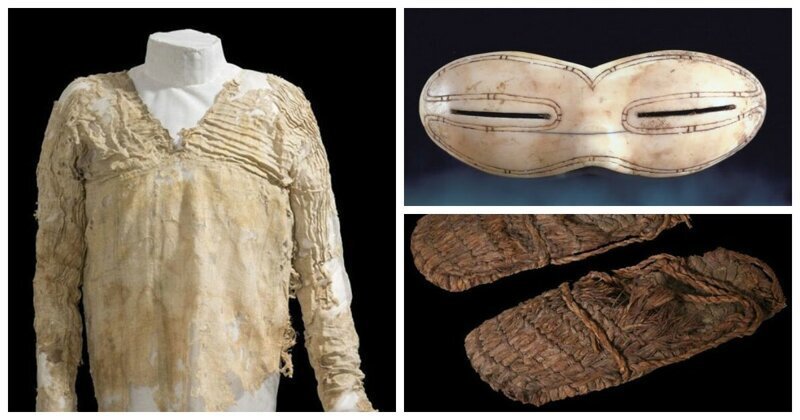 19 jul 2019 12:27
Tags: archeology   clothing   history   human   old   pasty   photo
0
14
It is not known when humans first began making clothing due to the fast deterioration of fabrics and materials, but genetic analysis estimates that humans began wearing clothing 170 millennia ago! According to archaeological finds possible sewing needles have been dated to around 40,000 years ago and the earliest dyed fibres date back to 36,000 BC. Here’s a list of the oldest surviving clothes and accessories. 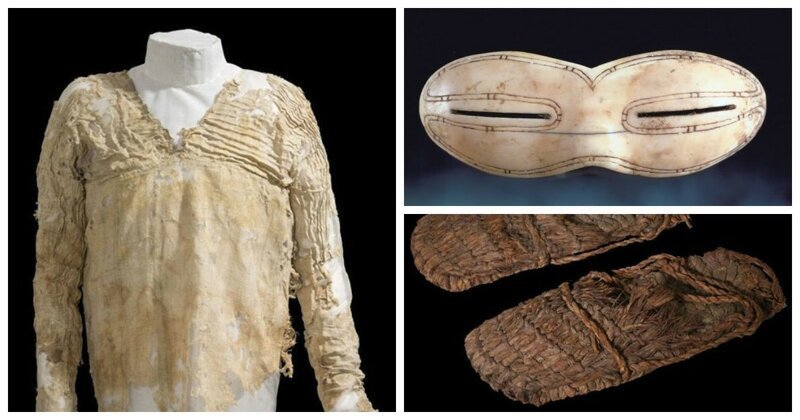 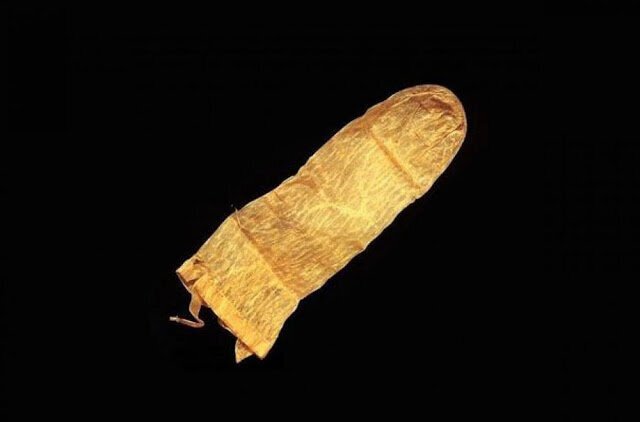 This reusable condom, made of pigs intestine, was used in 1640 in Lund, Sweden. It came with instructions (in Latin) to clean it with warm milk to prevent users from catching STDs. 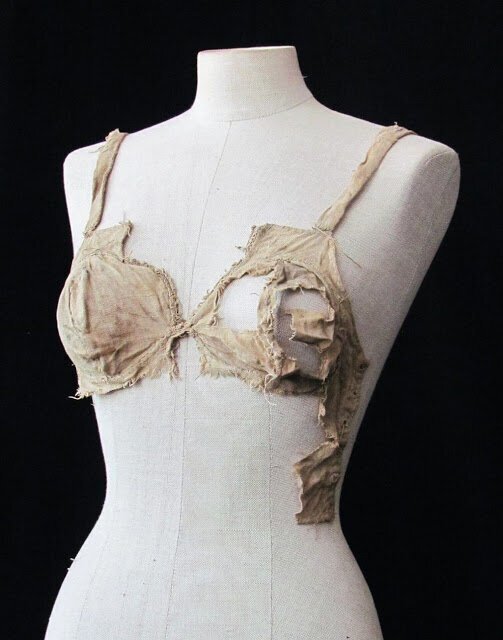 The bra pictured above was used in Austria sometime between the years 1390 and 1485. Totally for lined bras, decorated with lace, were found under the floorboards of the Austrian Lemberg castle in 2008. Until now, the earliest bras found dated back to the 1800s. 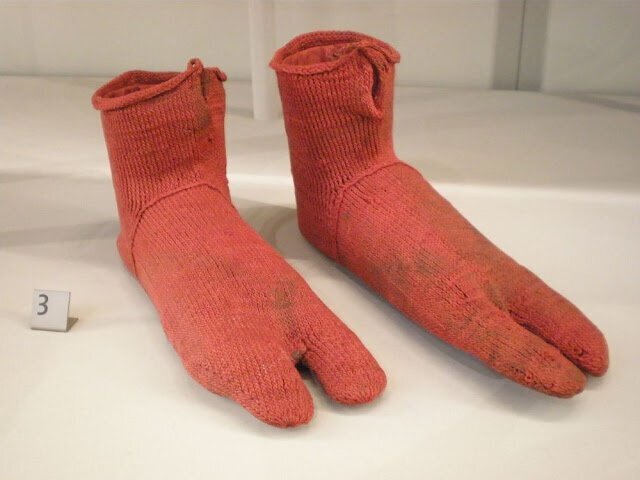 Made of wool, these Romano-Egyptian socks were designed to go with sandals. This pair was knitted between 300 and 499 AD and found in a burial ground in an ancient Greece colony in central Egypt the 19th century. 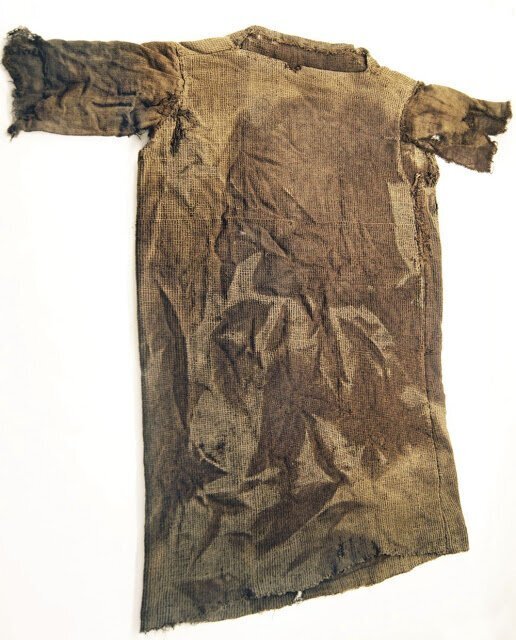 The world’s oldest sweater , found on a Norweigan glacier in 2013 was made of lamb and sheep wool woven into a diamond twill fabric. 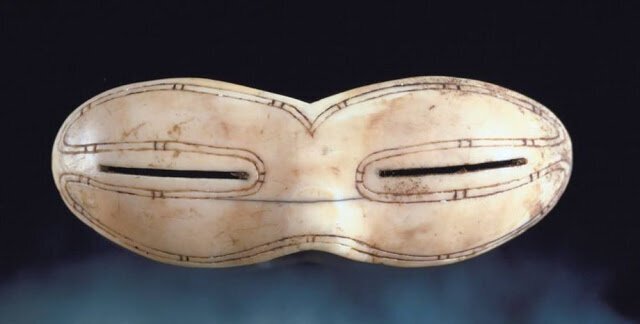 The oldest snow goggles ever found were made of bone leather or wood and date back 2000 years to a culture known as Old Bering Sea, who lived around the west coast of Alaska and were the ancestors of the modern Inuit. The above pictured snow goggles, discovered some 800 years ago on Canada’s Baffin Island, were designed to protect the eyes from snow-blindness caused by the bright spring sunlight. 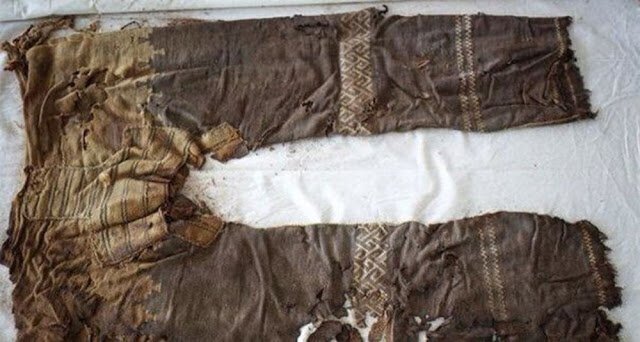 This ancient pair of trousers is 3,300 years old and was found in the Yanghai tombs in Western China in 2014. 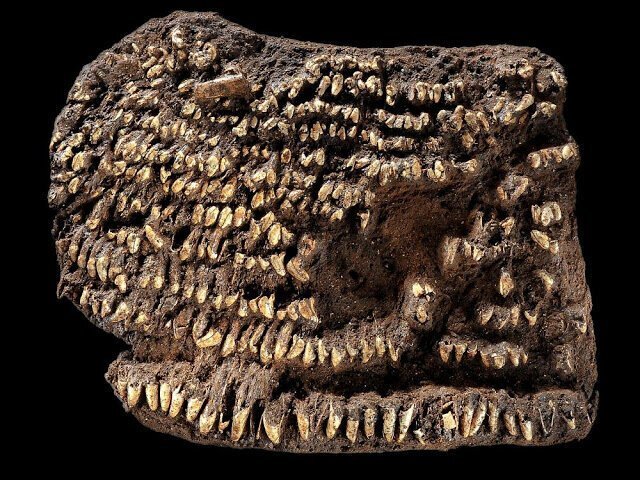 The 4,500 year old German purse was decorated with dog teeth! Disgusting but it seems to have been very fashionable, since dog teeth were also found in hair ornaments and necklaces. 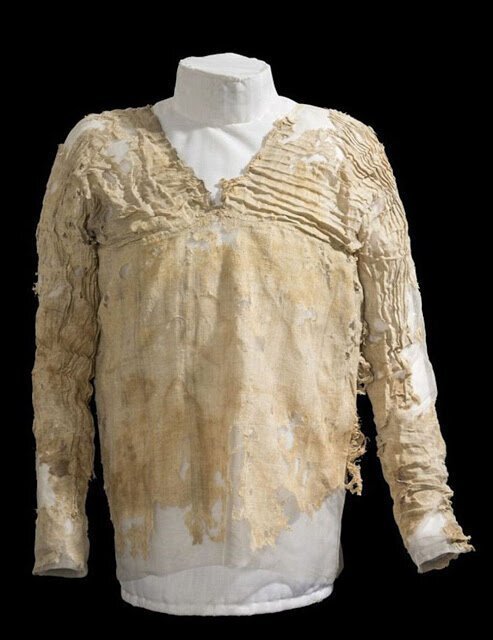 The world’s oldest dress ever found, called the Tarkhan Dress, was excavated in 1913 from a First Dynasty tomb at Tarkhan, an Egyptian cemetery located 50 km south of Cairo in Egypt. 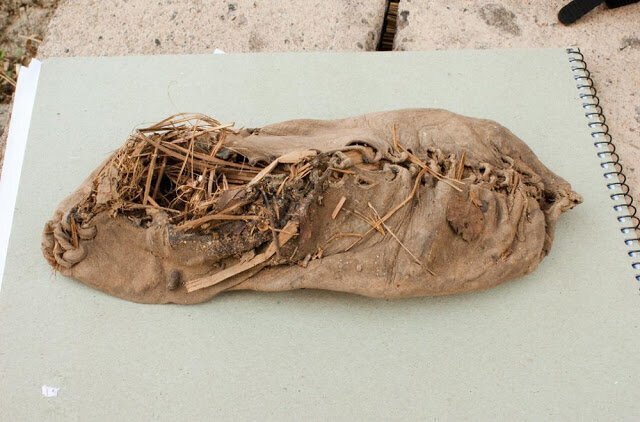 The 5,500-year-old moccasin made of cowhide was found during a 2010 dig in the Areni-1 cave in southeastern Armenia. It was cut from single piece of leather and was exceptionally well preserved in grass and dry sheep dung. It’s small size (about a US size 7) suggests it belonged to a woman. 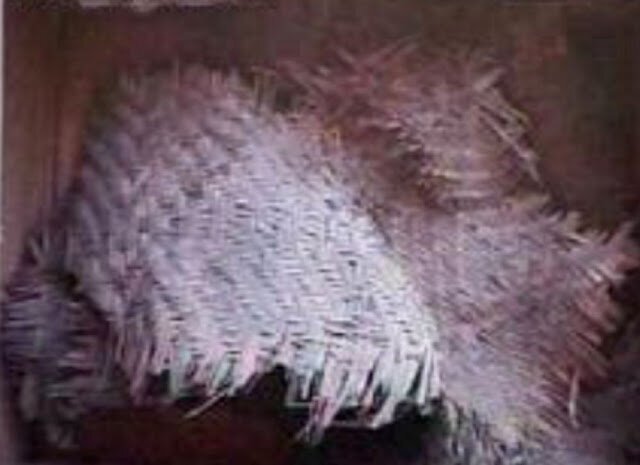 A fragment of the oldest skirt was also found in Armenia’s Areni-1 cave (where the world’s oldest leather shoes were found). I was made of reeds that has been dated at 5,900 years old. Researchers were also excited by the discovery of mummified remains of a goat, dated probably from the same period as the skirt. It means the Armenian goat mummy is about a thousand years older than the mummified animals found in Egypt. 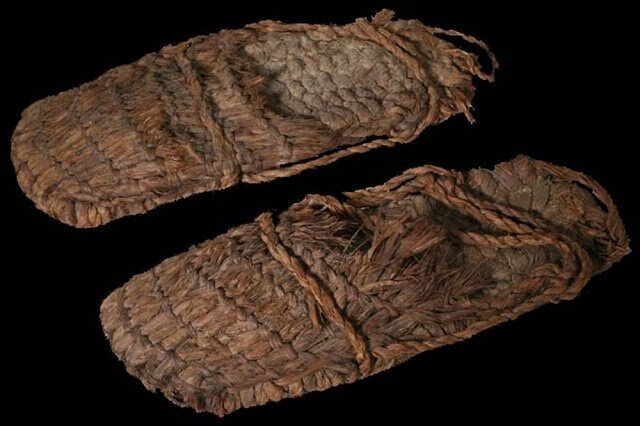 The oldest pair of shoes was excavated in 1938 in the Fort Rock Basin in Oregon. The shoes are made of twined sagebrush bark, with a flat sole and a toe wrap. 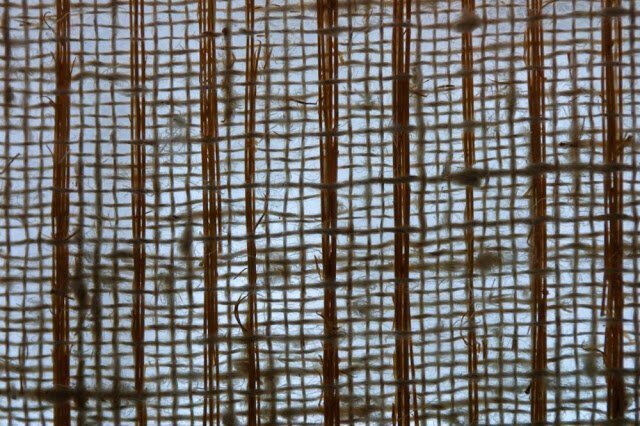 Archeological excavations in an ancient cave in the Caucasus Mountains of the modern day Republic of Georgia have unearthed flax fibers thought to be more than 34,000 years old. Scientists say the discovery represents the oldest samples of cloth and thread known to have been used by humans. 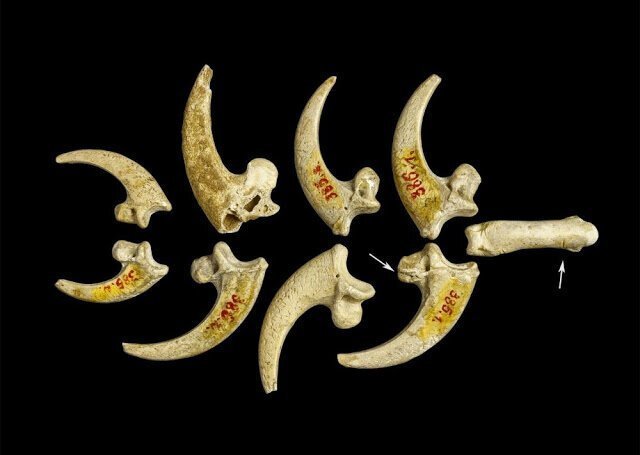 In 2015, scientists announced they’d found the world’s oldest form of bling – eight eagle talons discovered in a Neanderthal site in Croatia. The eagle talons, from at least three separate birds, bore multiple cut marks, notches for stringing, and evidence of polishing, leading researchers to believe they had been worn as part of a necklace or bracelet. The discovery strengthens the claim that Neanderthals weren’t slow-witted cavemen, but part of a complex, intelligent society that included religion and art. Researchers say it’s likely the talons were selected for a ceremonial purpose, demonstrating Neanderthals’ understanding of symbolism. As the jewelry dates from about 80-thousand years before the arrival of modern humans, it’s also impossible for the Neanderthals to have stolen or copied the design. Before the discovery, the oldest jewelry in history was believed to be some seashells found in Israel and Africa, aged about 100-thousand years. The shells were found far inland, and showed evidence of having been used as beads. 35 Rare Photos of the Construction of the Titanic 15 unusual funny photos from Britain
We need to be sure you are not a bot. Type the characters you see in the picture below.
Обновить