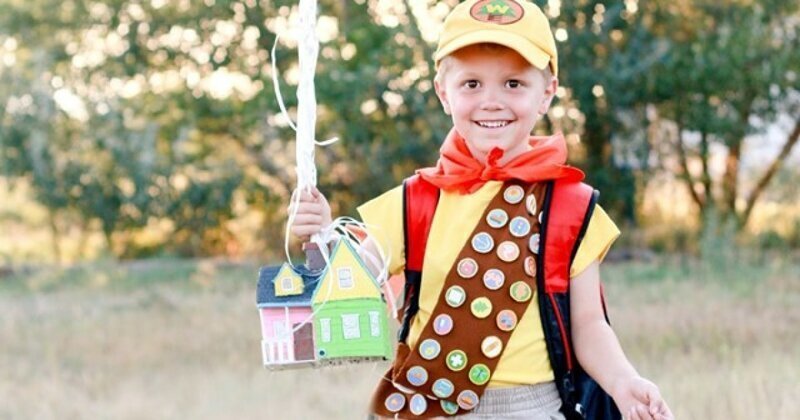 17 sep 2019 17:51
Tags: birthday   celebration   kid   mother   photoshoot   story
0
21
Today’s story may begin with a sad twist but it turns out so beautifully in the end, it just makes us appreciate it even more. This mom feared she wouldn’t get to see her kids grow up to the age of 5 because of a disease she was battling and was so happy and relieved after beating it, she wanted to celebrate the birthdays of her kids in a very special way. Scroll down to see what she came up with! 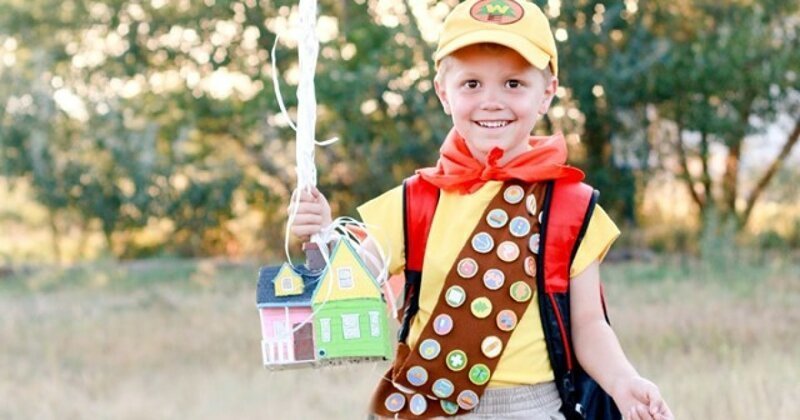 After surviving cancer, Rachel Perman decided the best way to celebrate is to create adorable photoshoots for her kids’ birthdays 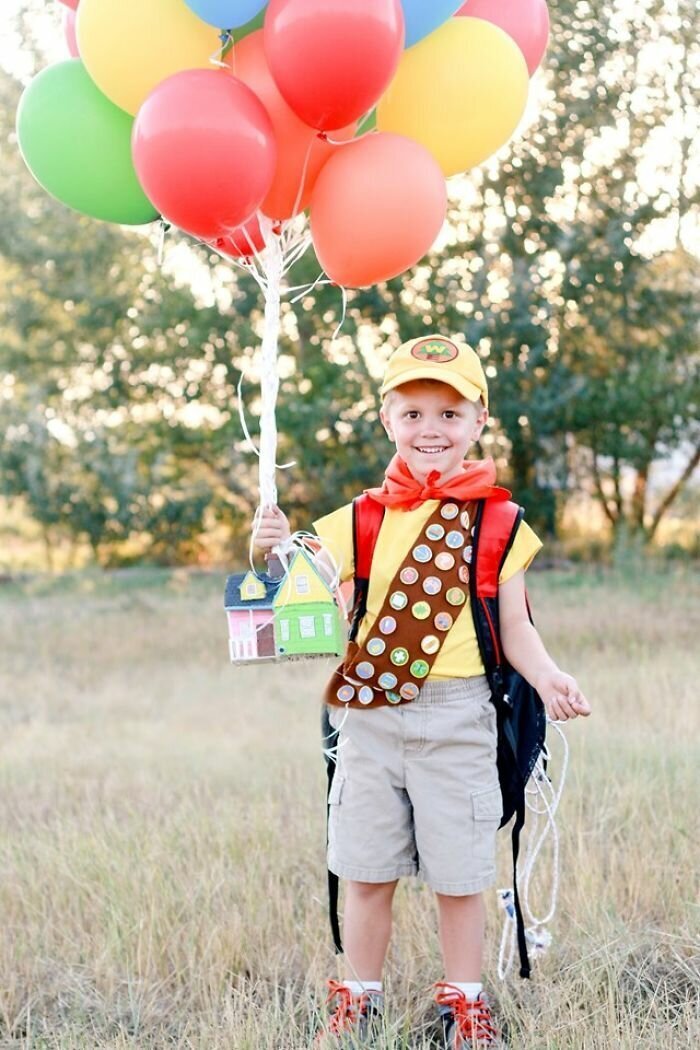 “I chose to do magical shoots for my kids’ birthdays this year as all three of my kids share the same birthday week (I did a unicorn session with a horse dressed as a unicorn for his twin sister, you can see those on this page also) because 5 yrs ago, I was diagnosed with cancer right after my twins were born and had fears if I would even get to see their 5th birthday,” Rachel said in an interview with Bored Panda. 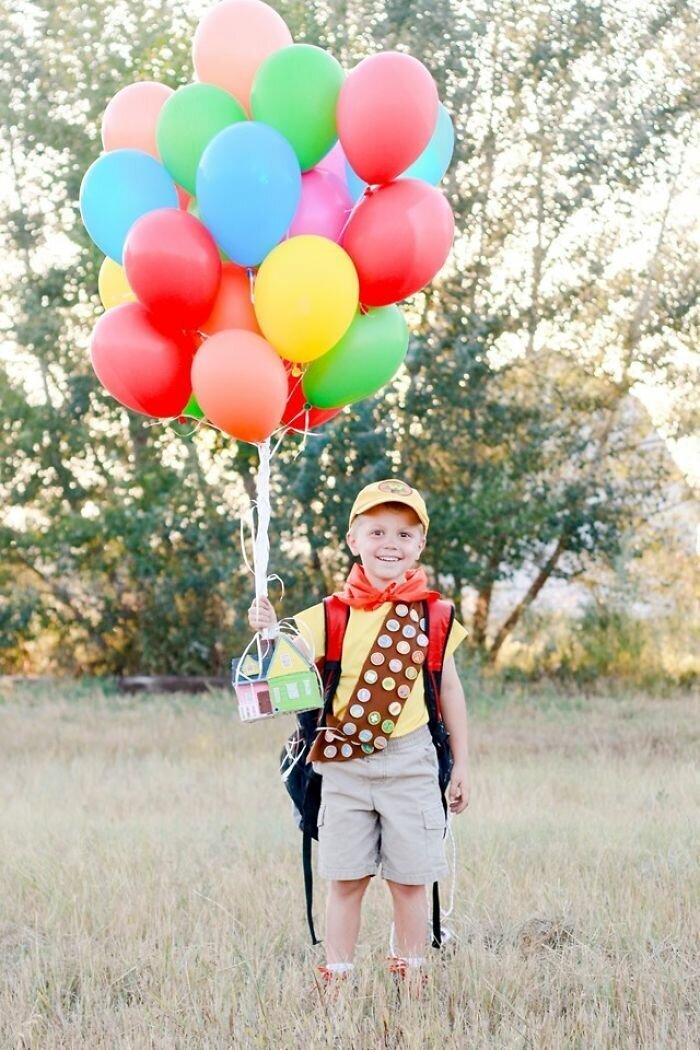 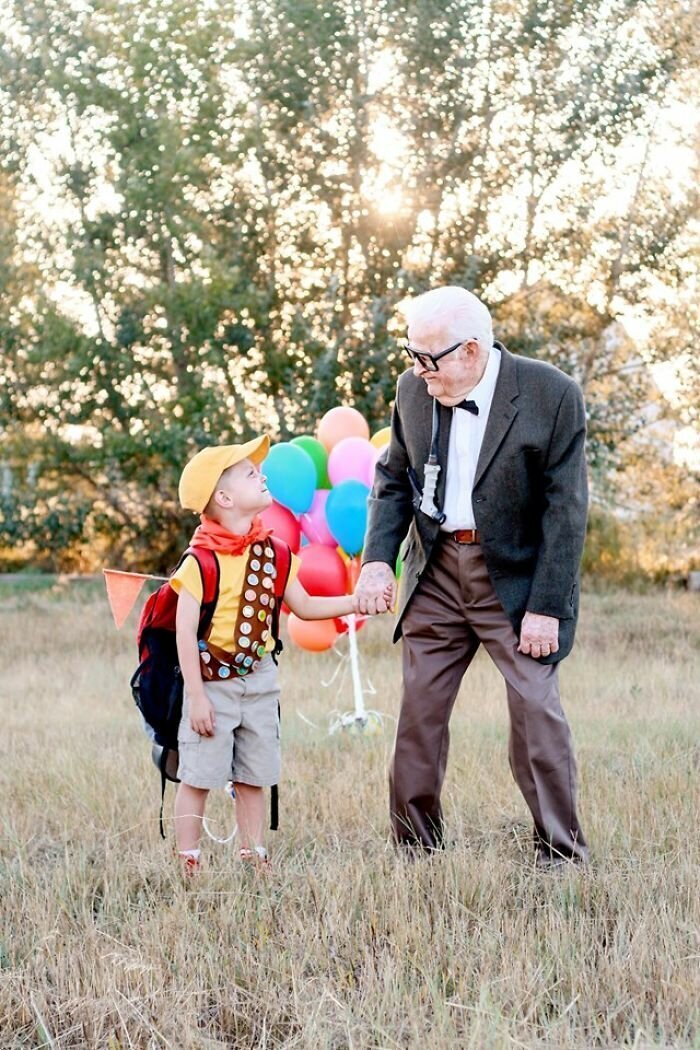 “My oldest (Mikayla) was 5 at the time and I hated not knowing if I would get the same time with them that I got with her. SO for their 5th birthday, I wanted to celebrate the things they love with photos! It’s a celebration for me and them!” 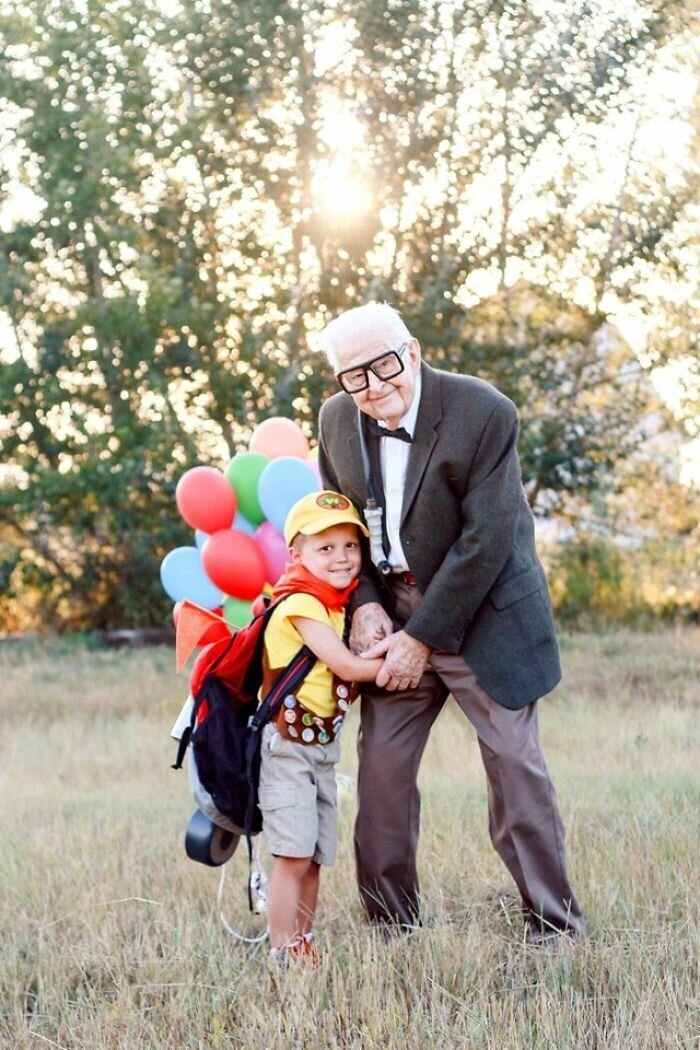 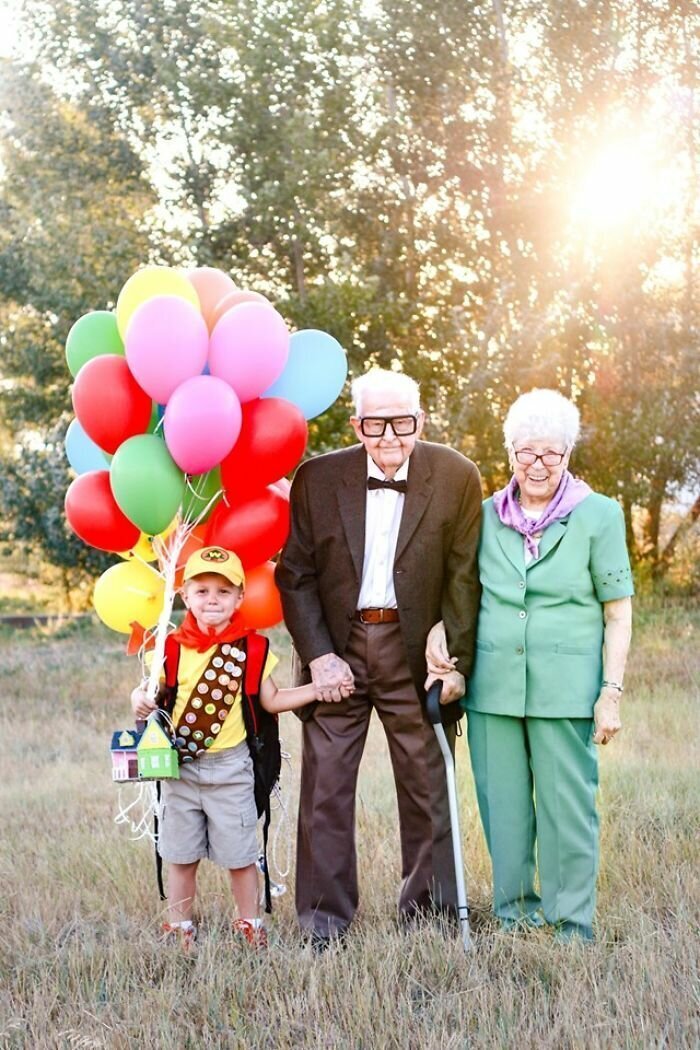 “The inspiration for the sessions were to celebrate all that my kids love! The twin’s personalities are awesome! Emilee loves all things girly and princessy, so her photo session was a surprise after trying to find someone who would let me put a unicorn horn on their horse and she loved it! Elijah is very particular, he is borderline addicted to UP and has been for several years.” 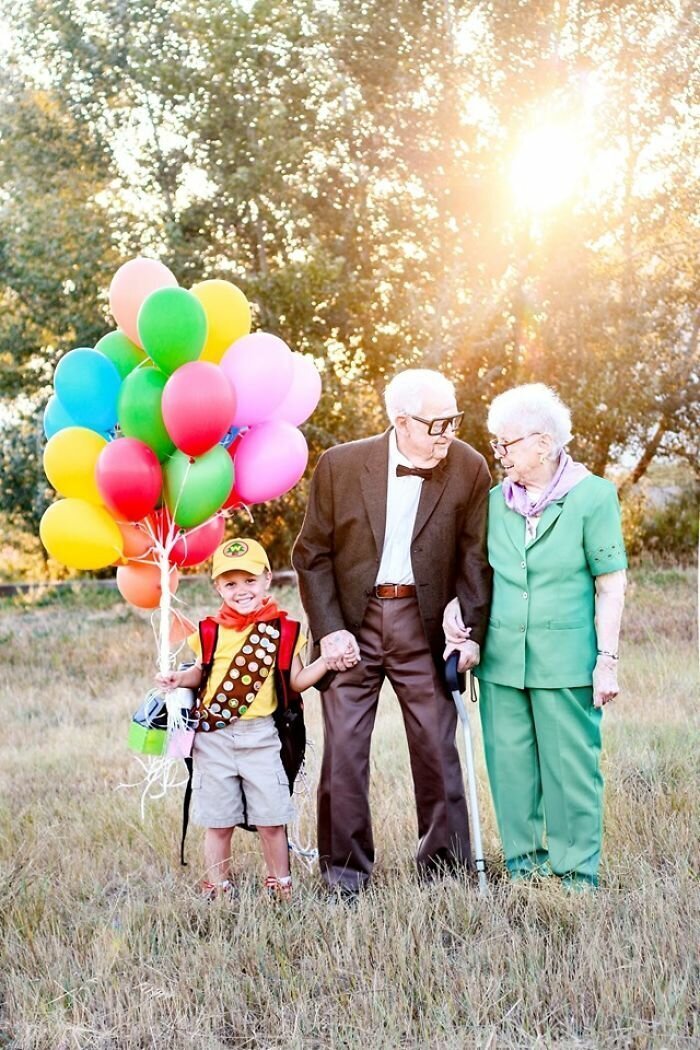 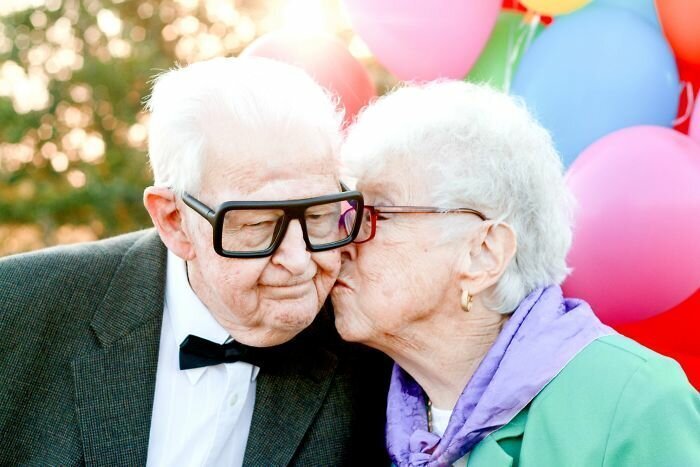 “It’s the only thing he draws and colors (the house with balloons) and the only books he wants to get at the library, and the only toy he wanted when we were in Disney World last year (the only thing we found that he wanted and came home with was a coffee mug. He was mad there was no house with balloons in Disney, it almost disappointed his whole vacation) He loves UP! So I came up with the idea to do the shoot and inviting his Great Grandparents was my idea and a surprise to him. He loved that they dressed up!” 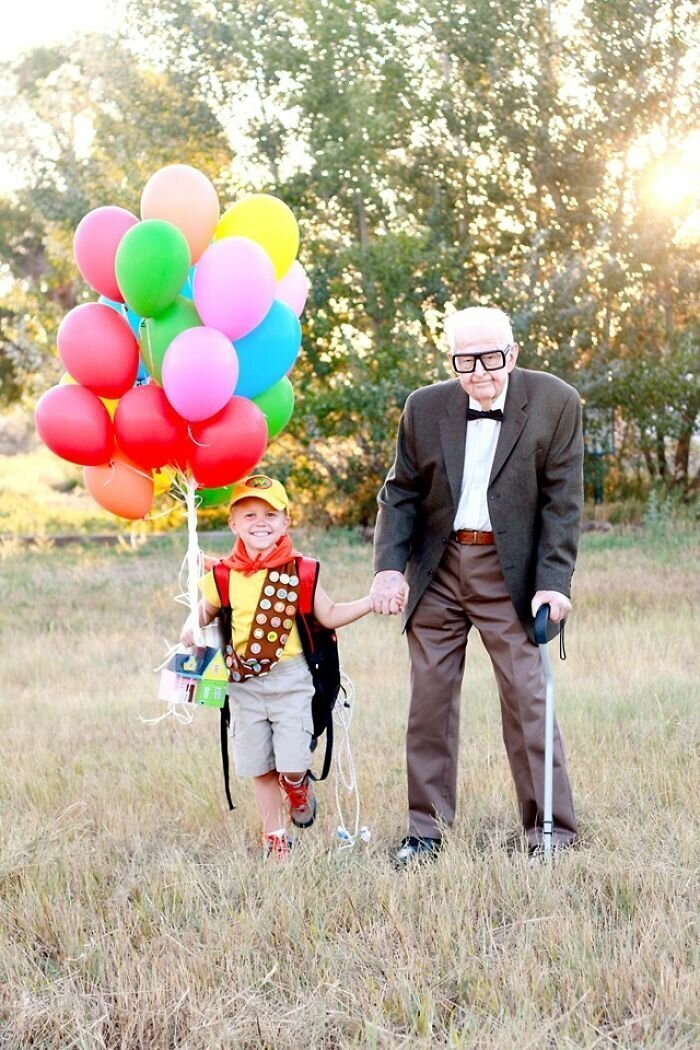 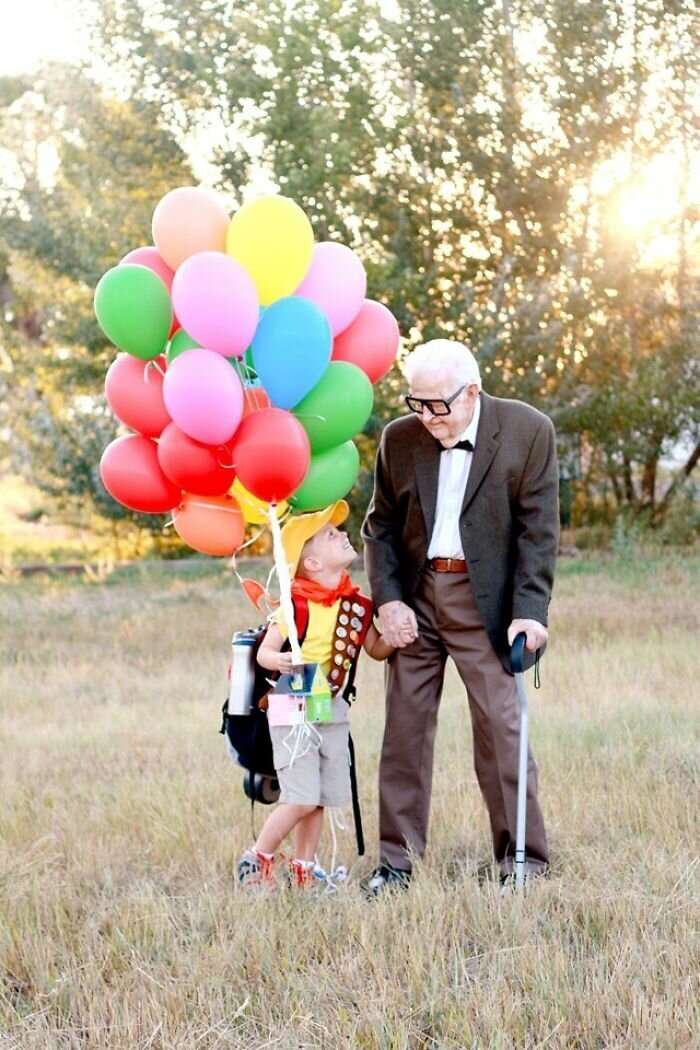 “My grandparents were thrilled to participate and loved that I asked them. Grandpa even went to the thrift store to get the jacket and hose. He said, “I noticed in a photo Carl had a hose over his shoulder”. They have never seen the movie,” Rachel said. Maybe this photoshoot will be an inspiration for them to finally catch up and watch it with their adorable great-grandson! 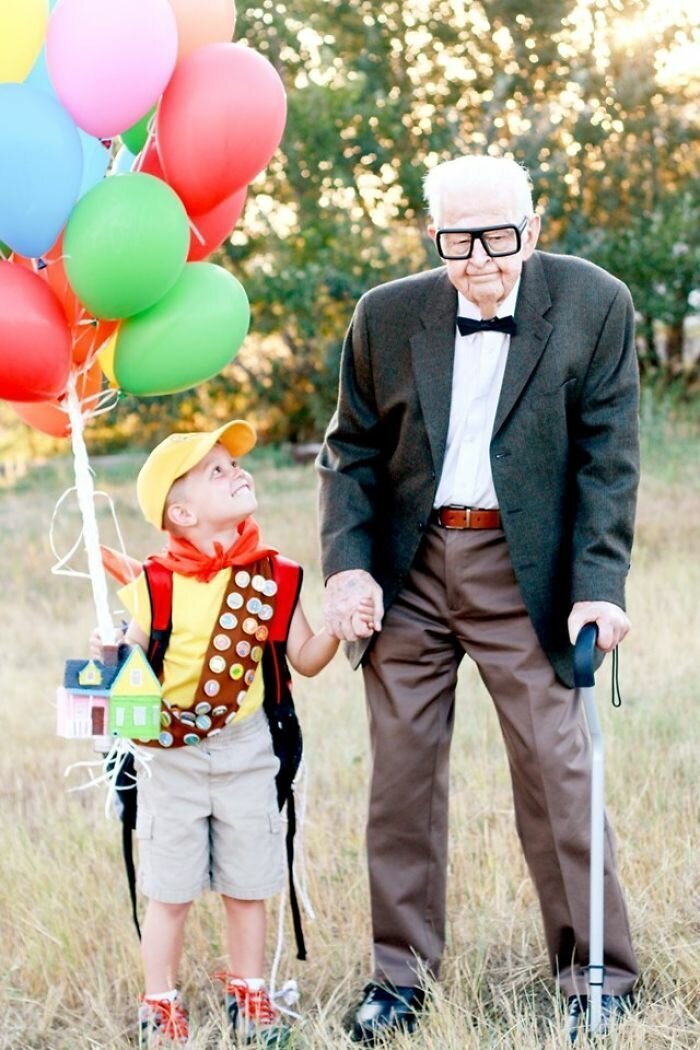 They dressed up as Carl and Ellie 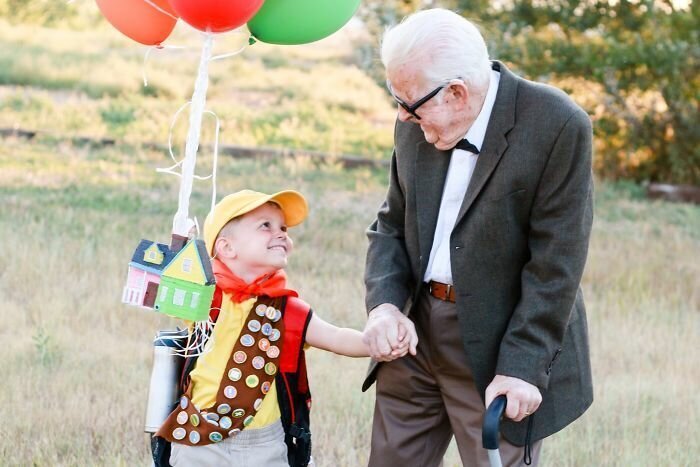 Rachel also shared that “The kids loved the shoots! They see me leave frequently to take other people’s photos so they were excited to do something special. In fact, they are excited now to find out what we are doing for their big sister’s photo session, which will likely be a little more “grown up” since she is 10 now!” 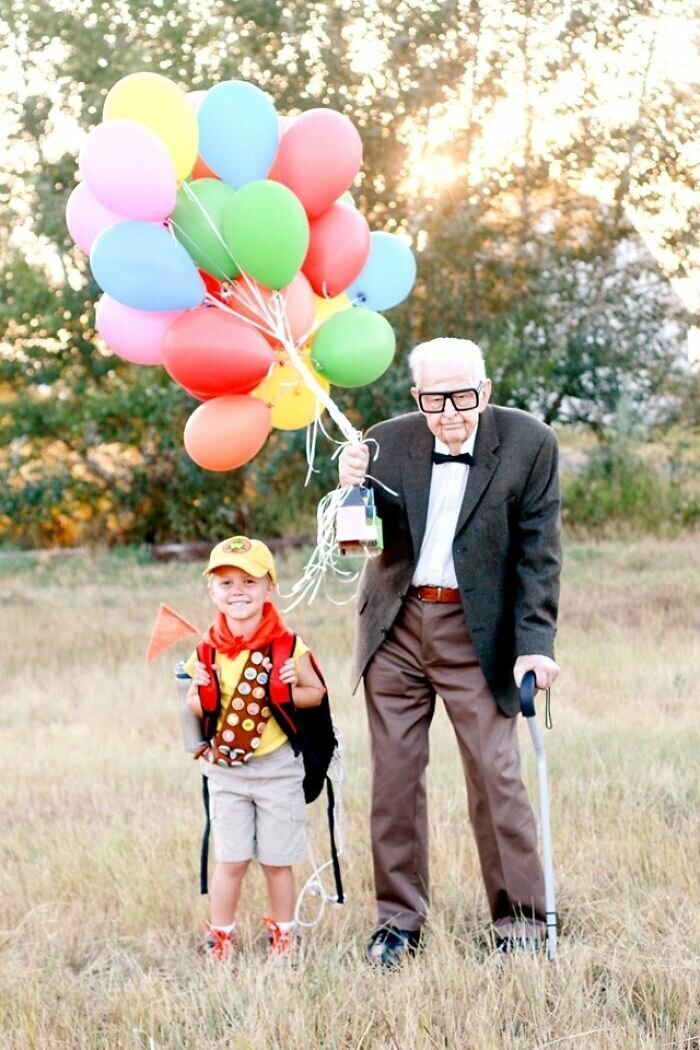 Grandpa Richard even went thrifting to prepare for the shoot! 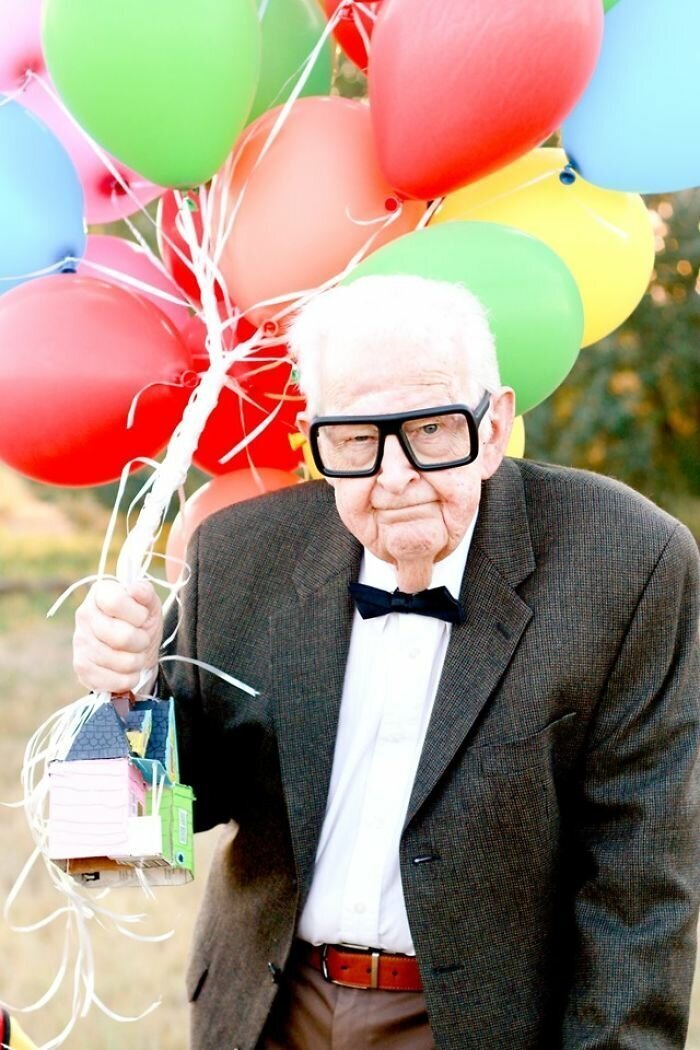 She’s being humble about her new success and says that she didn’t expect it at all. But admits, “It’s been fun to see how many people are touched by it! I keep telling the kids, “You are good at bringing happiness to us, now you are making the nation happy too!” 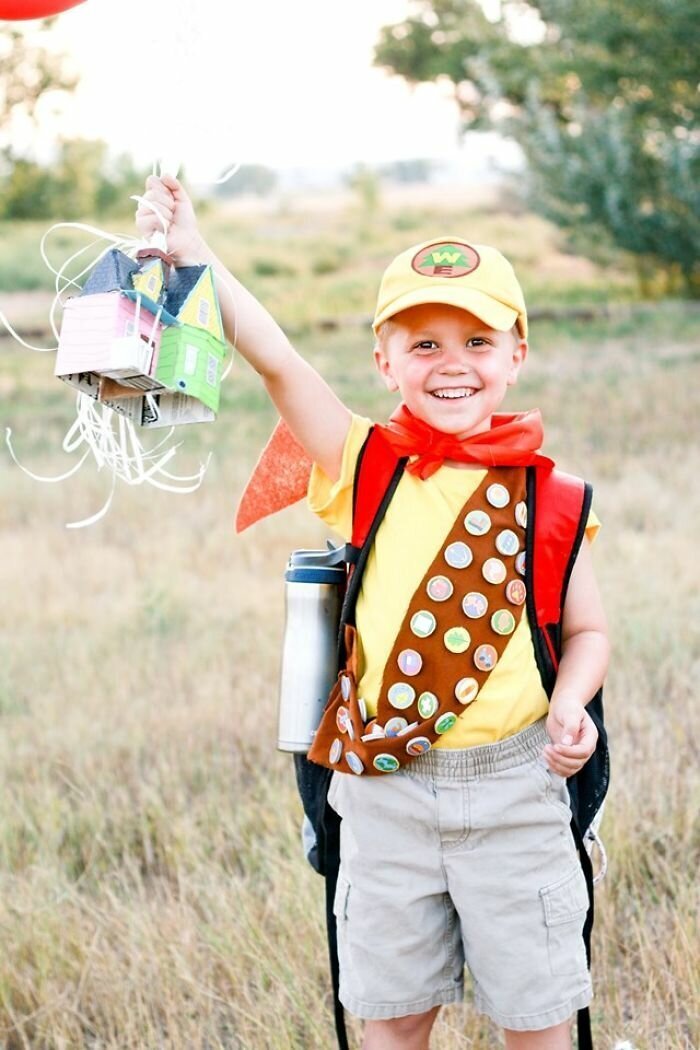 The photoshoot was a dream come true for the boy 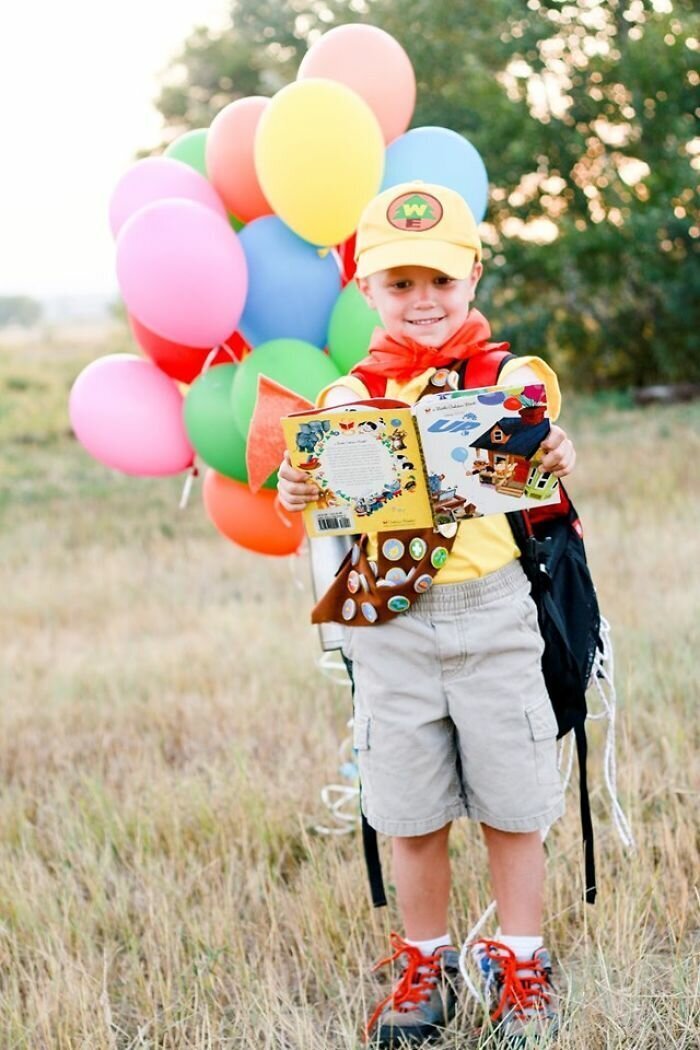 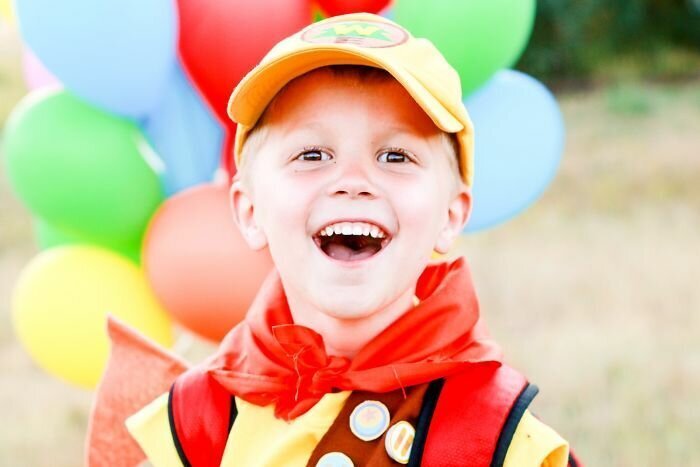 As he is so obsessed with the movie, it’s the only thing he draws and colors 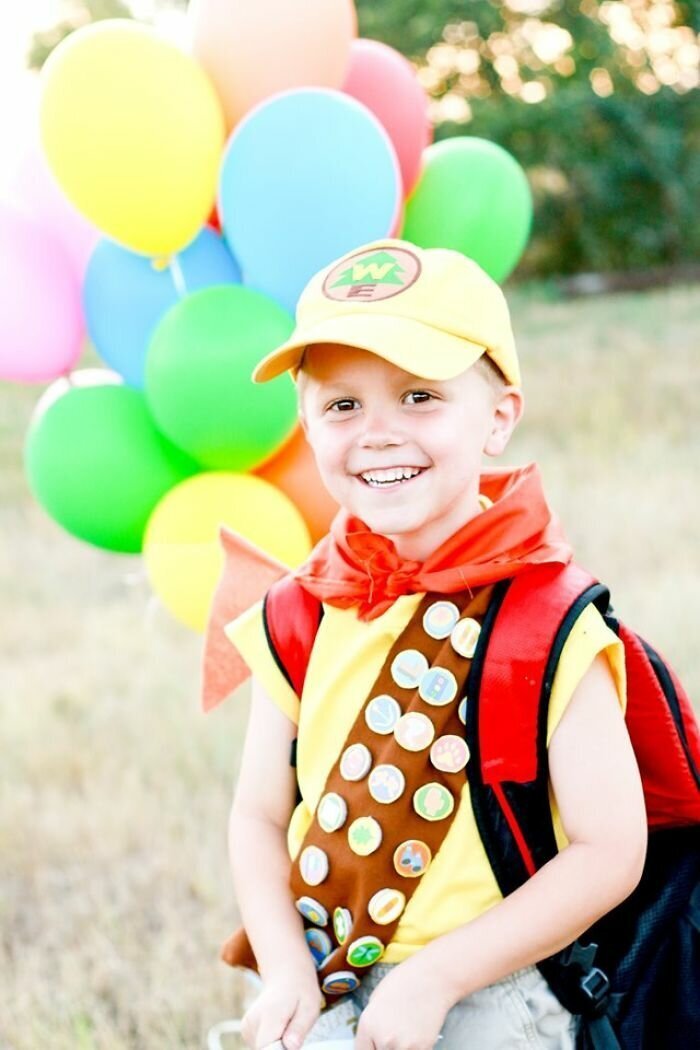 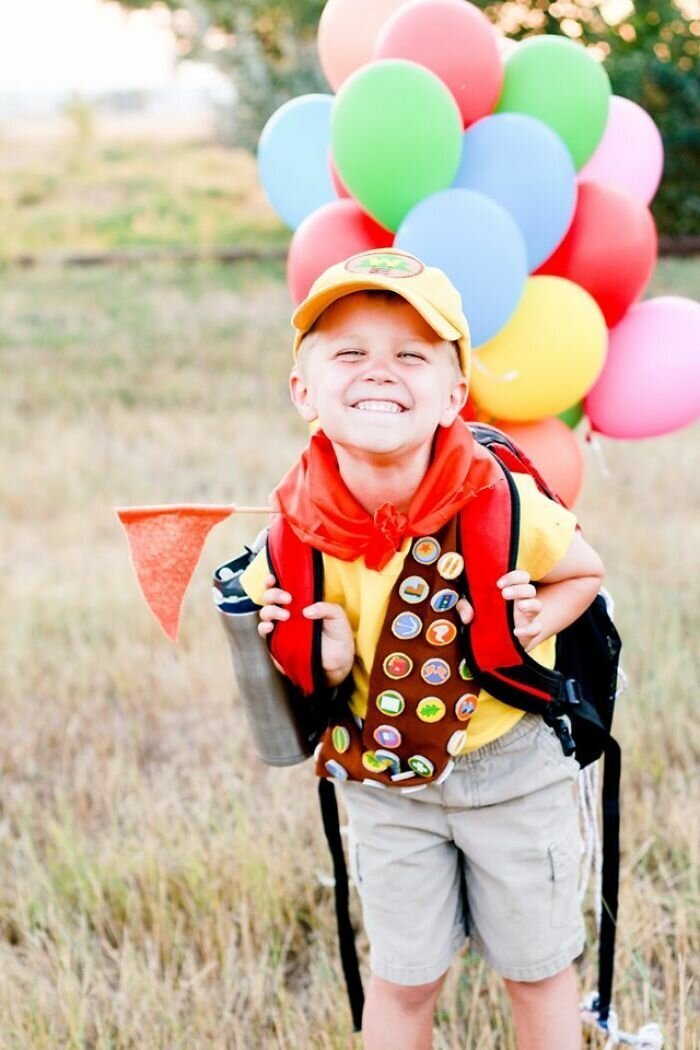 Therefore, dressing him up as the adorable scout boy from the movie was a no-brainer 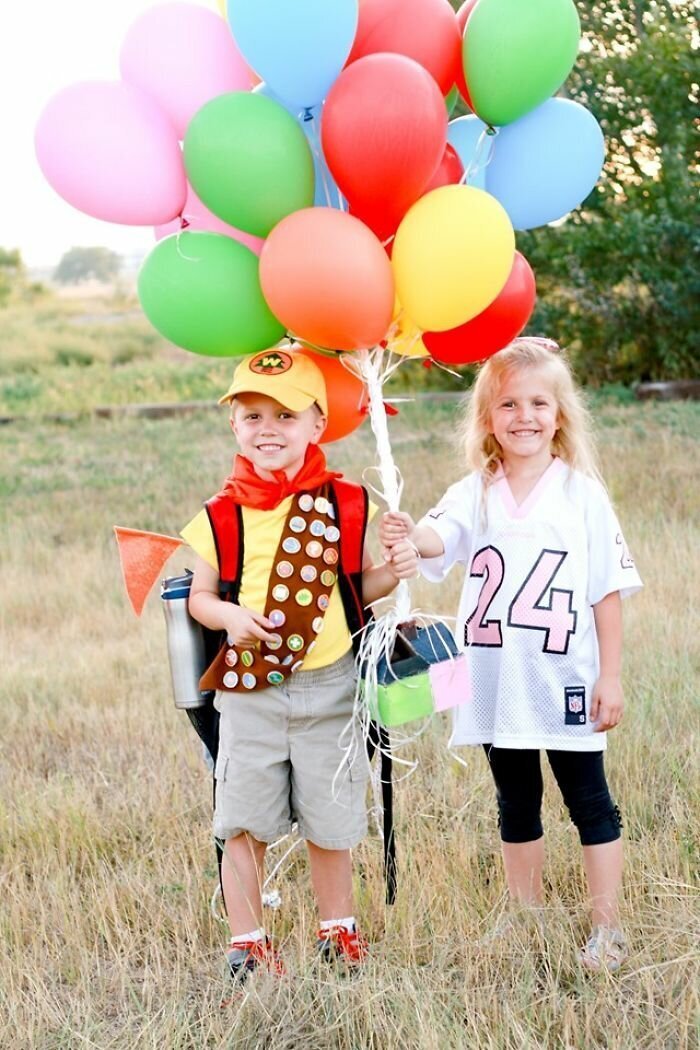 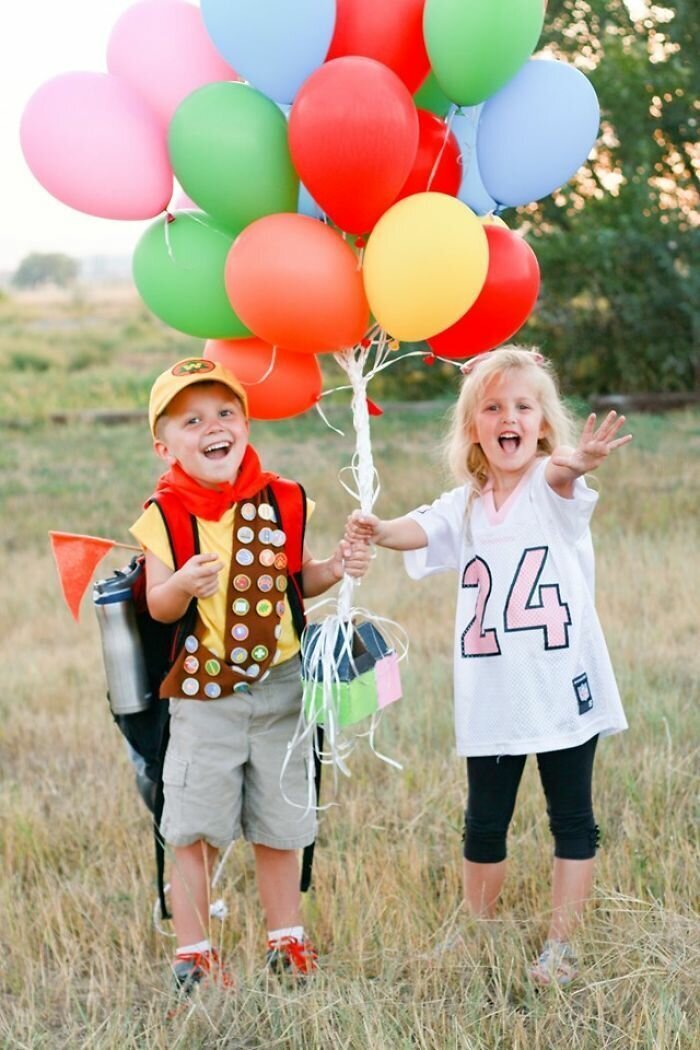 Woman Celebrates Her 107th Birthday, Says The Secret To Her Life Is Never Getting Married Mom Ends Up Being The Only Passenger On Her Son’s Flight After A 7-Hour Delay, Gets A Private Flight
We need to be sure you are not a bot. Type the characters you see in the picture below.
Обновить