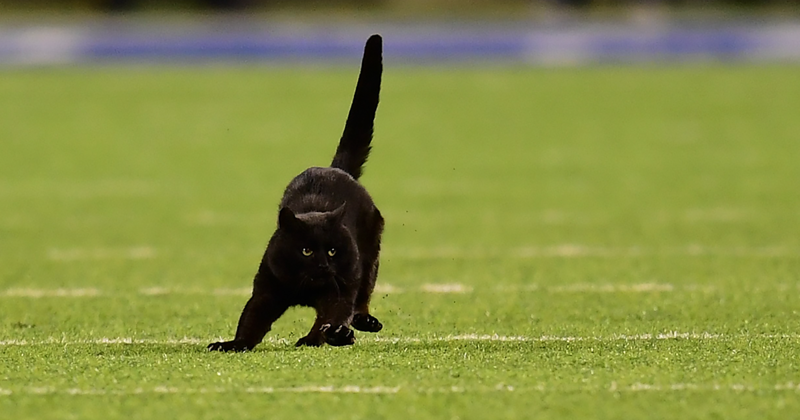 06 nov 2019 16:33
Tags: black   cat   interrupted   match   nfl   photo   sport   story
0
5
During a Monday Night Football match between the New York Giants and the Dallas Cowboys, one black cat offered the purr-fect entertainment for the crowd in the stadium, as well as those watching at home. The naughty critter decided to go for a touchdown during the second quarter, much to the dismay of the state troopers chasing it and amusement of everyone observing the incident.

A stray black cat accidentally crashed an NFL match, much to the crowd’s amusement According to Madelyn Burke, a broadcaster, the kitty is likely one of the many strays living at the stadium. “They usually come out after the game, people feed them, etc.” she reported. As the stray cats live in the bleachers, this one most likely got frightened by the fan noise and panicked. 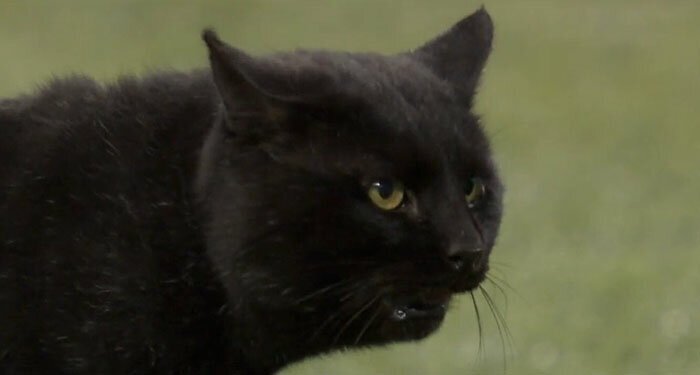 As some people expressed concern over the cat’s safety and health after quite a stressful chase, MetLife Stadium representatives were quick to offer reassurances. “Once we locate and safely capture the cat, we will take it to a veterinarian for examination,” they said on the stadium’s Twitter account.

Kevin Harlan’s call of the black cat on the field is CLASSIC 😂😂 pic.twitter.com/cL1euA3IKg

The Checkdown even made a mini-documentary about the cat

The match ended with a score of 37-18 as the Cowboys snatched the victory. People on Twitter were quick to speculate if the black cat had any influence over the end score. Others just shared various memes and jokes about the cat as everyone on the social media platform had a good time. 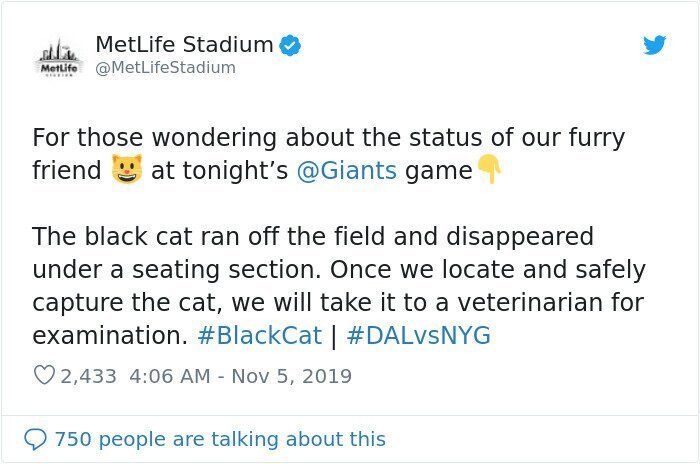 Peaceful Neighborhood In Idaho Gets ‘Invaded’ By 100 Goats
We need to be sure you are not a bot. Type the characters you see in the picture below.
Обновить