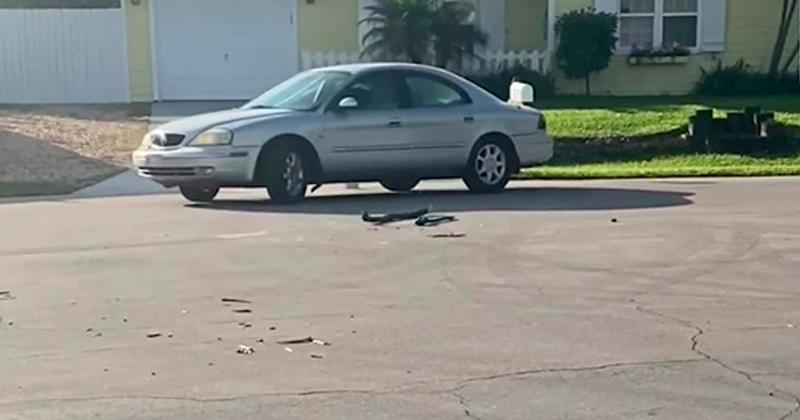 25 nov 2019 15:22
Tags: car   circle   dog   drive   florida
0
2
2
Whenever we’re feeling down, the doggos of the Internet are here to help us see the silver linings in this world. This time, an exceptional black Lab is up to the task with its little venture in driving the car in reverse for almost an hour! This car was seen driving in circles in reverse in Florida

While it surely seemed odd, one thing that no one expected was that it was actually being driven by a dog!

While Port St. Lucie, Florida is the most populous municipality in the county, the area this took place in is usually pretty quiet, so it really caused a stir when some people in the neighborhood noticed a car going in circles.. in reverse… for an hour. One of the residents of the neighborhood, Anne Sabol, told CNN, “At first I thought I saw somebody backing up, but then they kept going, and I’m like, ‘OK, what’re they doing?'” After a while, the police came in but only stood and observed the scene from a distance. While on this peculiar circular ride, the car hit several trash cans and a mailbox but other than that, no damage was done. After that, it slowed down enough for the police to open its door. To everyone’s surprise, out of the driver’s seat jumped a large black Labrador retriever. This Desperate Dog Jumped Into A Stranger’s Car 50 Funny Dogs That Love Car Rides More Than Anything