22 apr 2020 16:06
Tags: Johannesburg   Pennywise   clown   dressing   humor   mum   son   story
0
10
A mum dressed up as Pennywise the clown and hid in her own wheelie bin to terrify her clown-phobic son because he refused to make her morning cup of coffee. Hester Greeff, 41, decided to dress as the character from the Stephen King's novel and film It before her son Ruan Becker left for work in Johannesburg, South Africa. She frightened Ruan, 20, by dressing as the clown he had feared since he was nine years old. 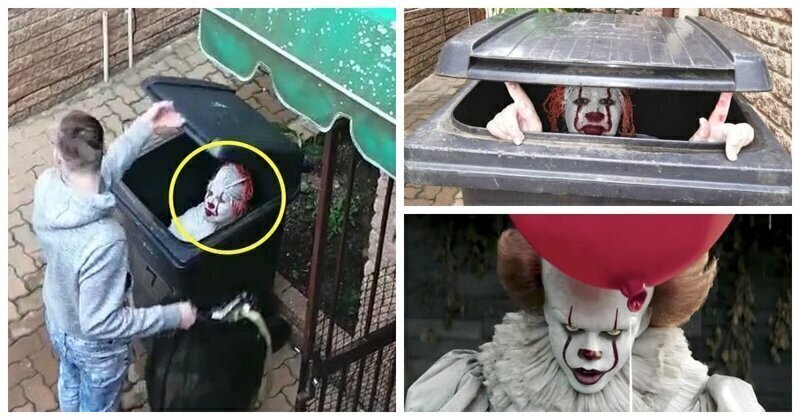 Unsuspecting Ruan Becker, 20, opens the wheelie bin where his mother Hester Greeff, 41, is hiding dressed as Pennywise from the horror movie It in Johannesburg, South Africa 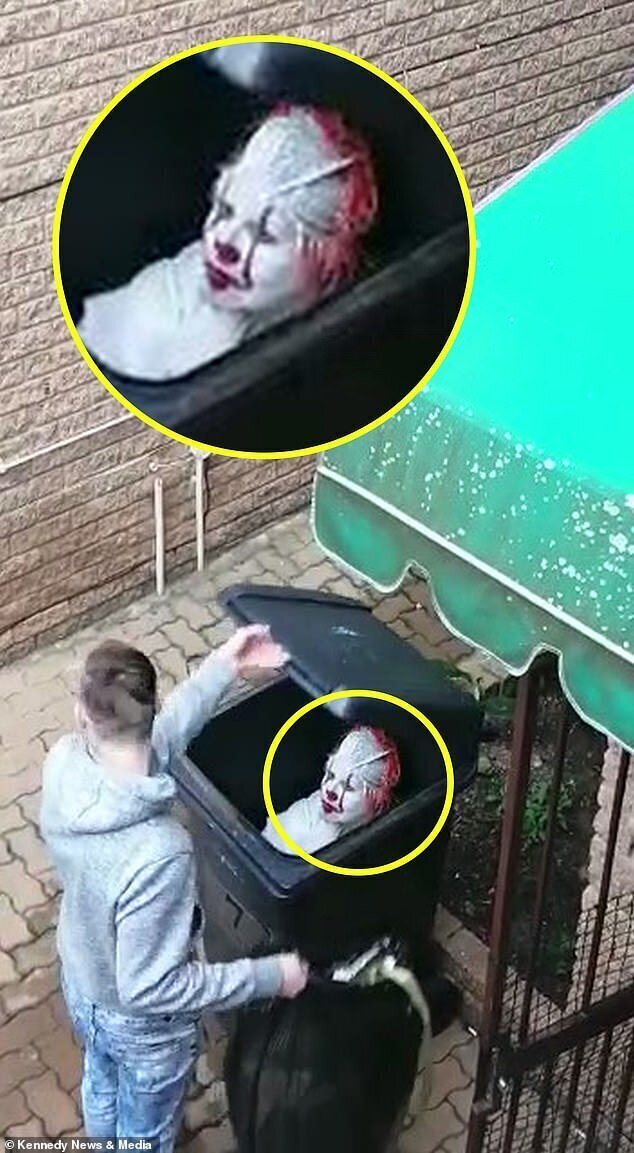 Ruan throws up his arms and jumps back in terror when he spots the 'killer clown' he has been afraid of since he was nine. His mother hit upon the prank after he refused to make her a coffee 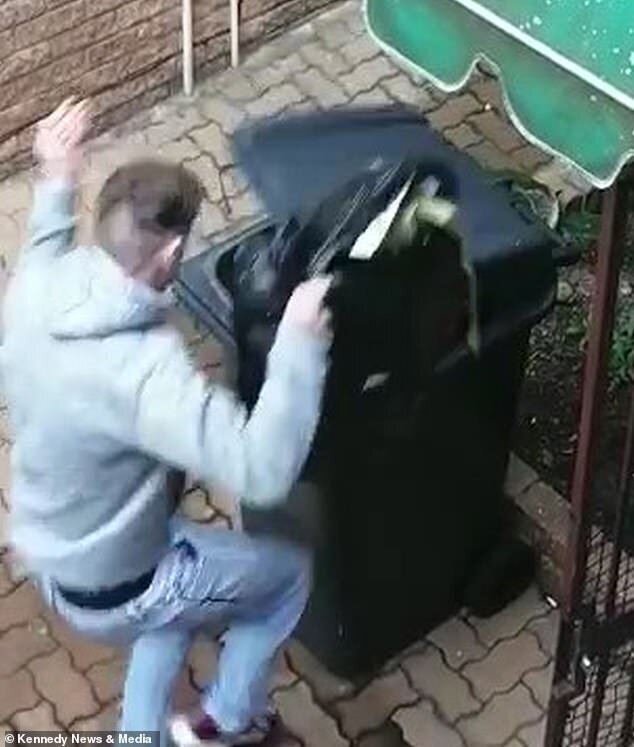 Hester lies in wait in the bin outside her home after her boyfriend Jannie Botha, 44, asks Ruan to take out the rubbish.

Ruan casually walks to the wheelie bin and opens the lid before suddenly jumping back in terror when he spots the 'killer clown' inside.

He throws his arms in the air and shouts out in shock before dropping the bin lid back down.

Jannie laughs holding the camera as Ruan drops the bag, and dashes back into the house. 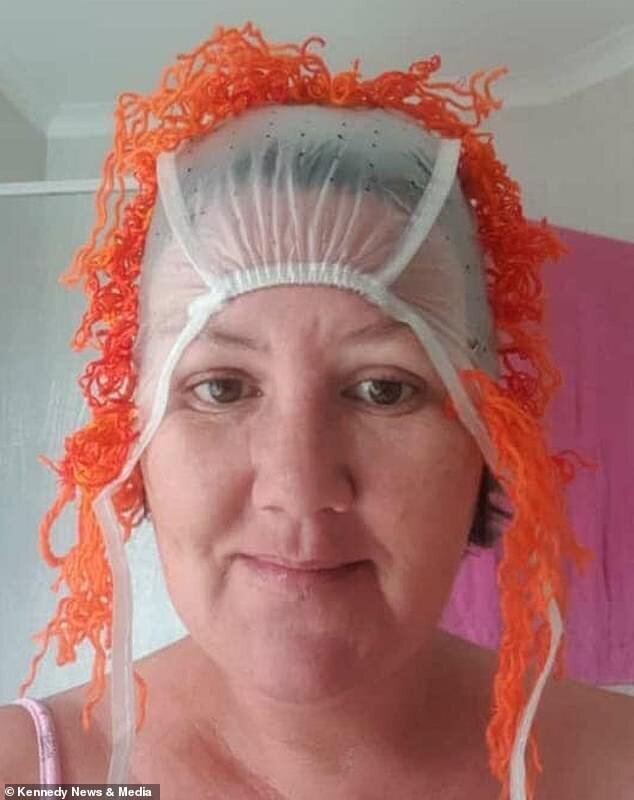 She wore an orange wig and painted her face white before adding the characteristic red nose and smile, which extends above her eyes 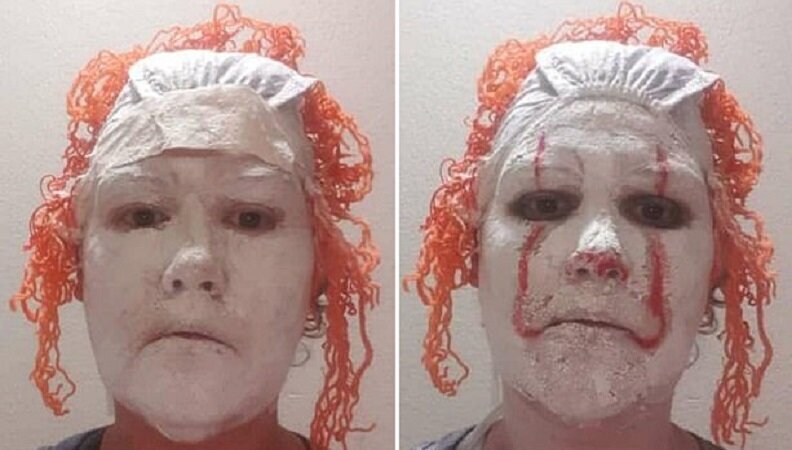 The look was completed by wearing a long white gown, adding to the ghostly feel of the character who is defined as a 'cosmic evil' in Stephen King's book 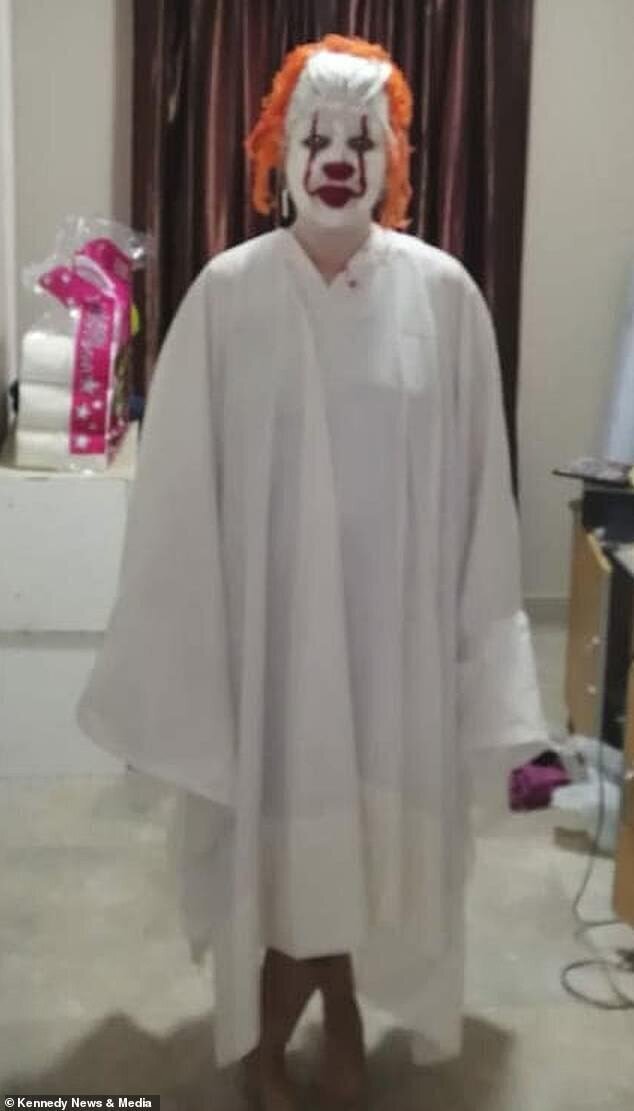 Ruan, a hospital authorisation clerk, said: 'I was so scared, I didn't know what to do.

'I absolutely hate clowns, I have been ever since I watched IT when I was nine-years-old.

'I had no idea they had planned anything so it was a complete shock. I didn't see it coming as this is completely out of character for my mum. 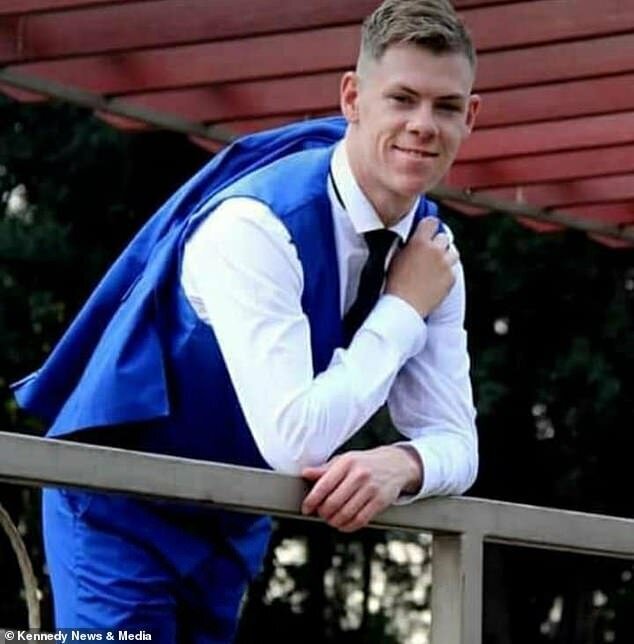 The clip filmed on April 14 has been viewed more than 1.7 million times on Facebook*, with some saying they would 'cry their eyes out' if it happened to them 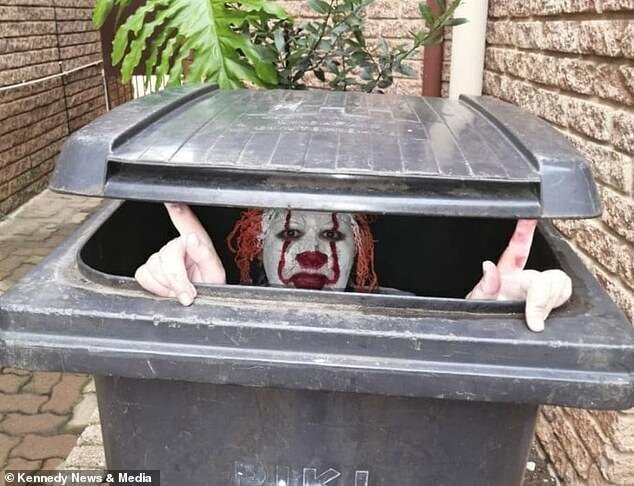 'We never prank each other but this started with me not making her a cup of coffee. I could not believe it.

'The first time I watched IT, I had a nightmare the same night. The next time I went to a funfair I was chased by a clown for a joke and I just started screaming.

'I haven't planned anything yet, but I will get my mum back.'

Bill Skarsgård plays Pennywise the clown in the 2017 film adaptation of Stephen King's 1986 horror novel, as well as in the 2019 sequel It Chapter Two 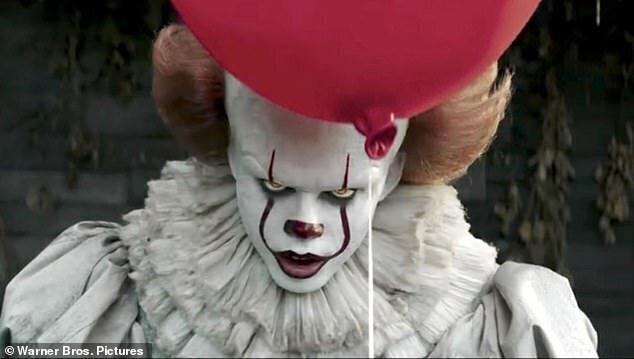 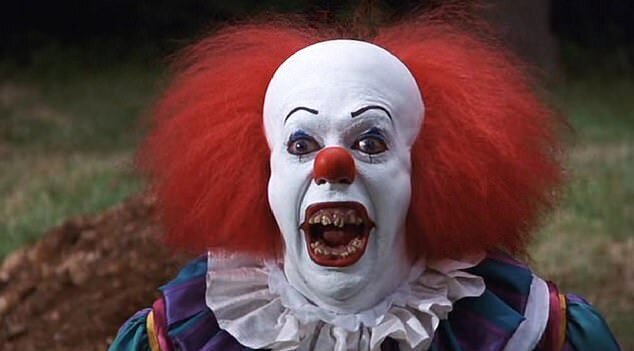 The clip filmed on April 14 has been viewed more than 1.7 million times on Facebook*, with some saying they would 'cry their eyes out' if it happened to them.

Stephen King's 1986 novel It was originally adapted into a television miniseries in 1990, with Tim Curry playing the titular character also known as Pennywise.

The killer clown is described as an ancient cosmic evil who prays on the children of Derry, Maine, every 27 years.

The book was most recently adapted as a 2017 film, featuring Bill Skarsgård in the frightening role, and was given a sequel in 2019, It Chapter Two.
* Запрещены в РФ

0
Frank Austin 8 months prev
Consumer prices soar 6.2% in October, largest jump since November 1990: The Consumer Price Index, often used as an inflation barometer as it measures the prices consumers pay for everyday goods and services, jumped by a higher-than-expected 0.9% last month. It surged 6.2% since last October, the largest 12-month increase since November 1990. #accelerationism
0
Reply  •  Link  •  Report this  •
Share ›
Show all
Show more (from _) Police Try To Troll Town, Probably Don’t Expect A Reaction Like This Woman Asked Housemate To Look After Her Plants Whilst She’s Away For A Couple Weeks And Got These
We need to be sure you are not a bot. Type the characters you see in the picture below.
Обновить