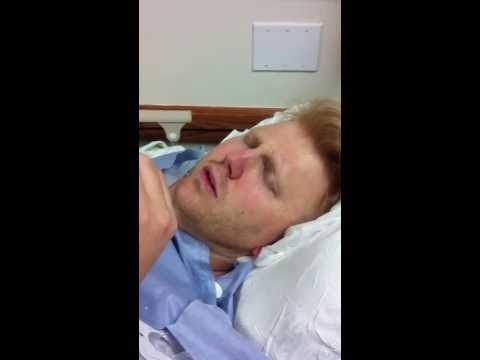 After undergoing surgery to repair some hernia tears, Jason Mortensen was dosed up on heavenly morphine and barely able to form sentences, let alone make sense of the swirling world around him. All he knew was that there was a woman next to him and that she was the “prettiest woman I’ve ever seen.” That woman was his wife. Suddenly, millions of wives are signing their husbands up for heavily sedated surgeries. Win-win!

Seeing her for the first time again