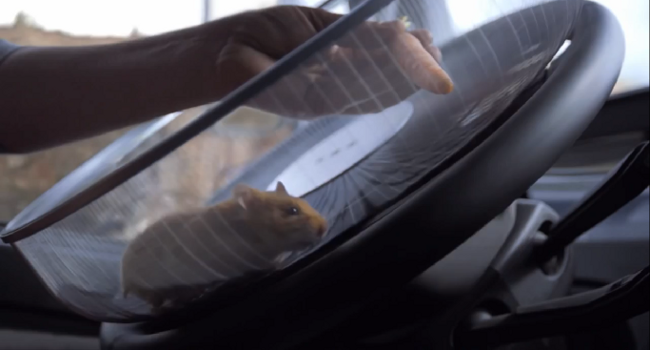 Volvo is no stranger to insane, dangerous stunts involving its trucks. But this stunt, designed to show off the sensitivity of the steering wheel, is crazy even by their standards. Namely, putting a hamster in charge of some poor sucker’s life. Really, Volvo’s engineers say it best. Notice that, in the opening, everybody involved is clearly stone sober, despite this obviously being conceived in a drunken haze. Apparently the Swedish just do stuff like this for fun.