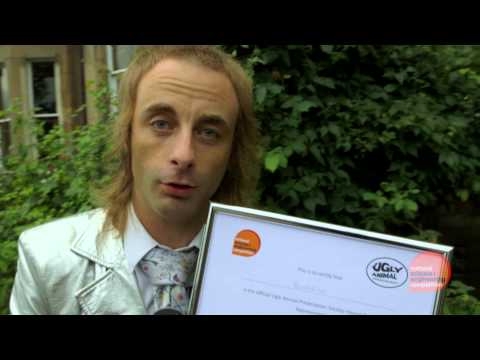 16 sep 2013 12:16
Tags: awesome   cool   creative   intense   interesting   popular   review   trending   tv
1390
1
Proving that your looks can get you far in an industry other than acting or modeling and that dogs aren’t the only creatures recognized for their outlandish features, the blobfish has won the non-distinct honor of being voted the world’s ugliest animal by the Ugly Animal Preservation Society. Look at it — it looks like Mr. Magoo and Popeye fused their heads together before melting it under a heat lamp.
In a public vote, the blobfish beat out a field that included animals whose hideous looks are exceeded only by their revolting names, including the kakapo, the axolotl, the Titicaca ‘scrotum’ water frog and the proboscis monkey.
The blobfish, which subsists on crabs and lobsters, can be found off the southeastern coast of Australia and Tasmania. It tends to be found 2,000-4,000 feet below the water, so you don’t have to worry too much about getting surprised by one the next time you take your yacht out down that way.
For winning, the blobfish will now become the mascot for the Ugly Animal Preservation Society, although by the looks of it a better prize probably would be a segment on any one of those scores of TV makeover shows.