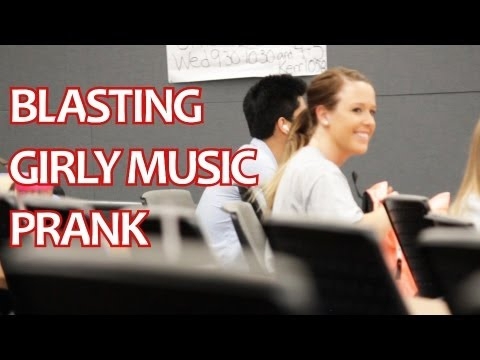 25 sep 2013 13:56
Tags: awesome   comedy   funny   interesting   lol   news   pictures   trending
1270
1
We’re not quite sure what makes this a prank, but the word’s in the title, so apparently that’s what this is. Really, it’s not much more than a guy playing music on his Kindle without the headphones plugged in all the way.
Apparently this is a big deal in places other than NYC, where even if somebody’s headphones are plugged in all the way, the music is turned up so loud that your morning commute is basically guaranteed to be scored by Tyga.
Perhaps the joke is that guys aren’t supposed to listen to Britney Spears or Miley Cyrus? That’s not a funny joke: that’s just a lame reiteration of old stereotypes that pretty much vanished the moment ‘Toxic’ came out and friends made us listen to it on repeat in college dorm rooms decorated with Sisters of Mercy posters.
Apparently, it’s funny though — in one short day the video has already gotten over 35,000 views on YouTube. Maybe after nine months of living with a (male) roommate who blasts Spice Girls and Natalie Imbruglia on the regular, we don’t get the joke.